Most intense heat this weekend; relief early next week 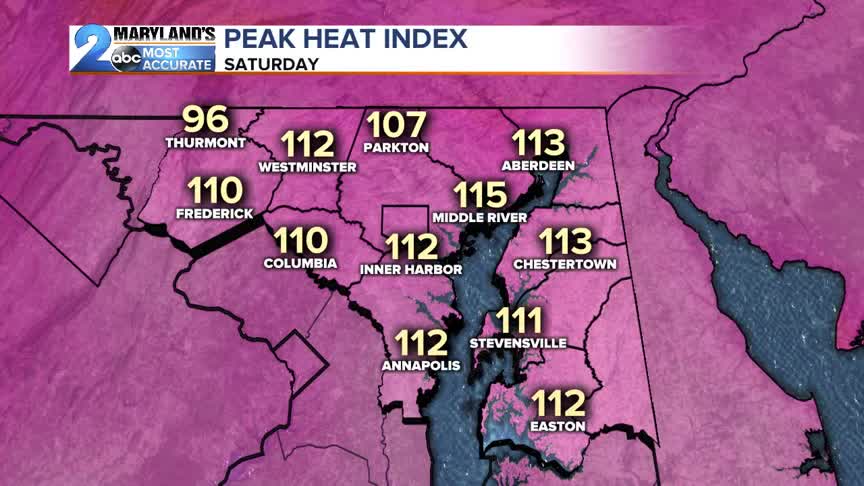 High temperatures look to flirt with if not topple 100 Saturday and Sunday. 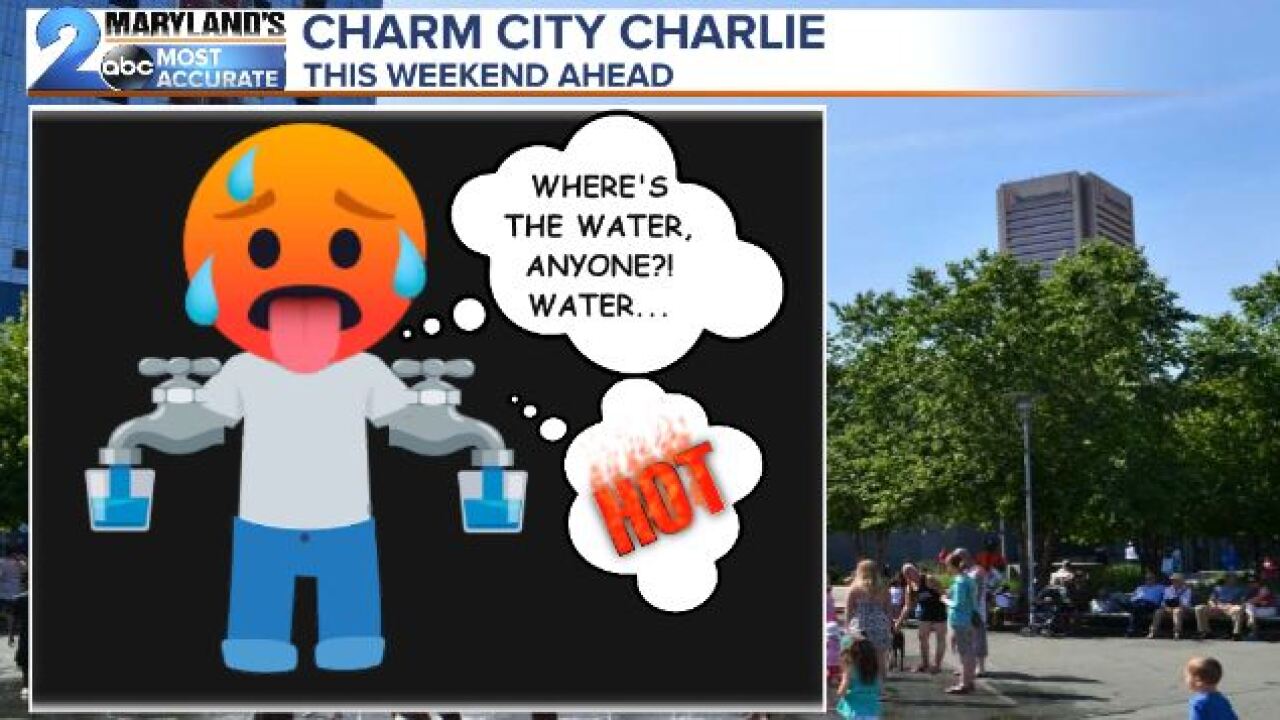 After a a few spotty storms and temperatures in the low 90s Thursday the dangerous heat quickly slides in for the weekend ahead. Our last gasp of energy pushes off the coast while a strong area of high pressure settles into the eastern 2/3rds of the country. Over 32 states and 1,500 continuous miles are encompassed under some sort of Heat Advisory or Excessive Heat Warning which simply means a pretty dangerous heat wave is on the way.

Temperatures look to rise into the mid to upper 90s across a large chunk of the area with some locations even toppling 100 degrees. The humidity though will make it feel even hotter Friday through Sunday with feel like numbers between 110-115 degrees.

Those feel like numbers of 110-115 degrees are very important to us and our overall health during this hot stretch. When the humidity is high our bodies tend to take longer to cool-down since they are producing high amounts of sweat . If you're not drinking enough water, seeking shade, or trying to find a place to stay cool your body could react by cramping up which is one of the first signs of heat exhaustion. If not controlled the body will eventually stop sweating leading to heat stroke which can be deadly if not treated immediately.

Saturday will be the best day to hit 100 degrees as this is when the most intense heat takes over. The last 100 degree day in Baltimore was more than 3 years ago on July 25, 2016. Since 2010 we have had 19 days of 100 degrees or above. The record to beat is 102 back in 1930. Sunday could also punch 100 degrees but humidity and storms that look to develop in the afternoon could be the limiting factor as the "Heat Busting" front inches in from the west.

The "Heat Buster" fully arrives by Monday with the best shot of storms and potentially some severe weather. Showers may linger into Tuesday before a drastic cool-down that could last into the beginning of August.