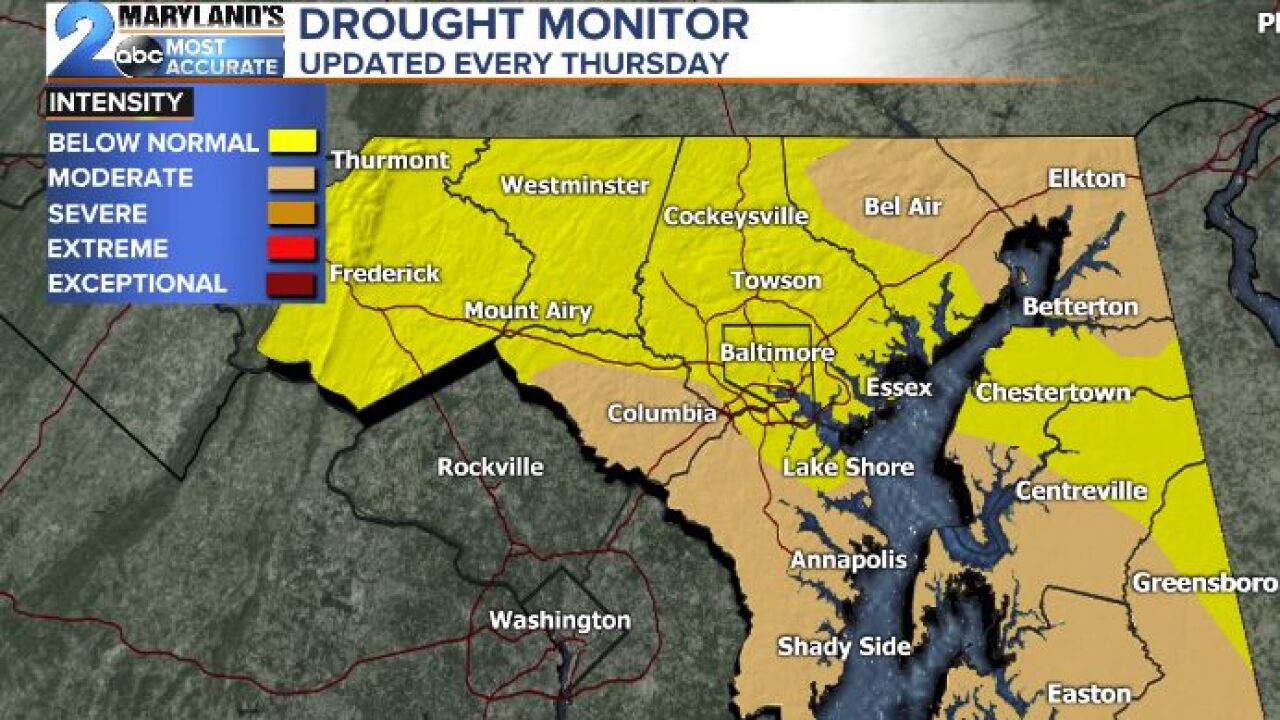 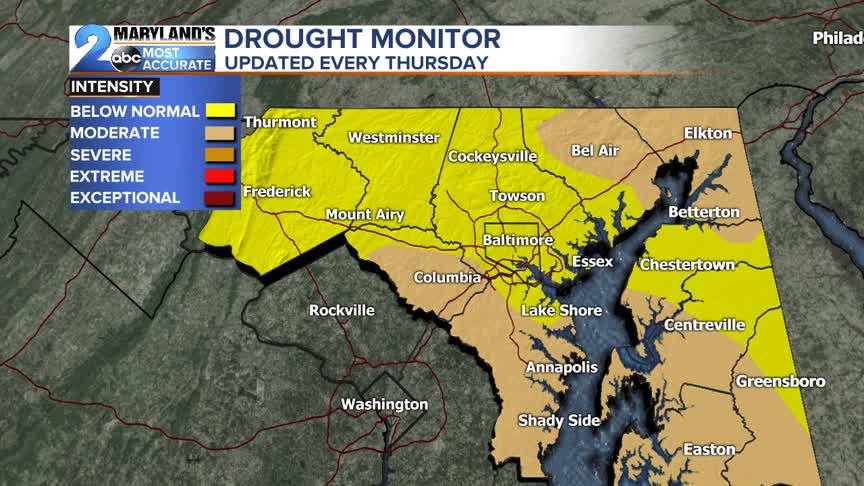 The dry stretch finally comes to an end today with a measly amount of measurable rain that only amounted to 0.01". With all that said we remain more than 3" below average for the month of September and nearly 4" overall for the year.

The lack of substantial rain over the past few weeks has resulted in "Moderate Drought" concerns across much of central Maryland/Eastern Shore according to today's (September 26th, 2019) US DROUGHT MONITOR report.

The drought concerns are not only here in Maryland but elsewhere too. Our neighbors to the south in Virginia look to be in "Moderate Drought" as well along with much of the Northeast and Southeast states where rain has just been too hard to come by.

Limited rain means higher brush fire concerns, stressed trees, crispy lawns, and lower yields when it comes to grain/hay harvest season. It's hard to believe that it's come to this weather pattern wise here in Maryland. Just think one year ago we were complaining about too much rain and even flooding concerns.

We go from 9.19" of rain during the September (2018) and the wettest year on record to nearly tree quarters of the amounts during the 2019 season. This includes a potential record to become the second driest September on record.

As with everything there can be many ups and downs. The same can be said for weather and the quick changes in events when it comes to the overall pattern. This is kind of what we are seeing now where we are coming off a year with record rain leading into growing drought. The concern is that this trend will continue.

The next 8-14 days look to remain dry to normal with precipitation as well as hot. A stagnate pattern here in the east means an active pattern out west where the precipitation will be plentiful with nearly 3 feet of snow is expected in Montana. Only if we could get some of that precipitation.

Our next chance of rain arrives as early as this weekend and then again next week. Once again though amounts will be small as they come on the heels of weak frontal boundaries drifting through the area as their energy sources travel well to our north.

A pattern change is coming though giving us a better shot to see a little rain while finally experiencing a Fall-like feel. The jet-stream right now has a ridge in the east and trough in the west hence the excess heat in our area as we finish out September and begin October. The roles reverse though somewhere around October 8-10th according to the models. The big question is to if they are right or not. Stay tuned while Summer is staying alive!!!