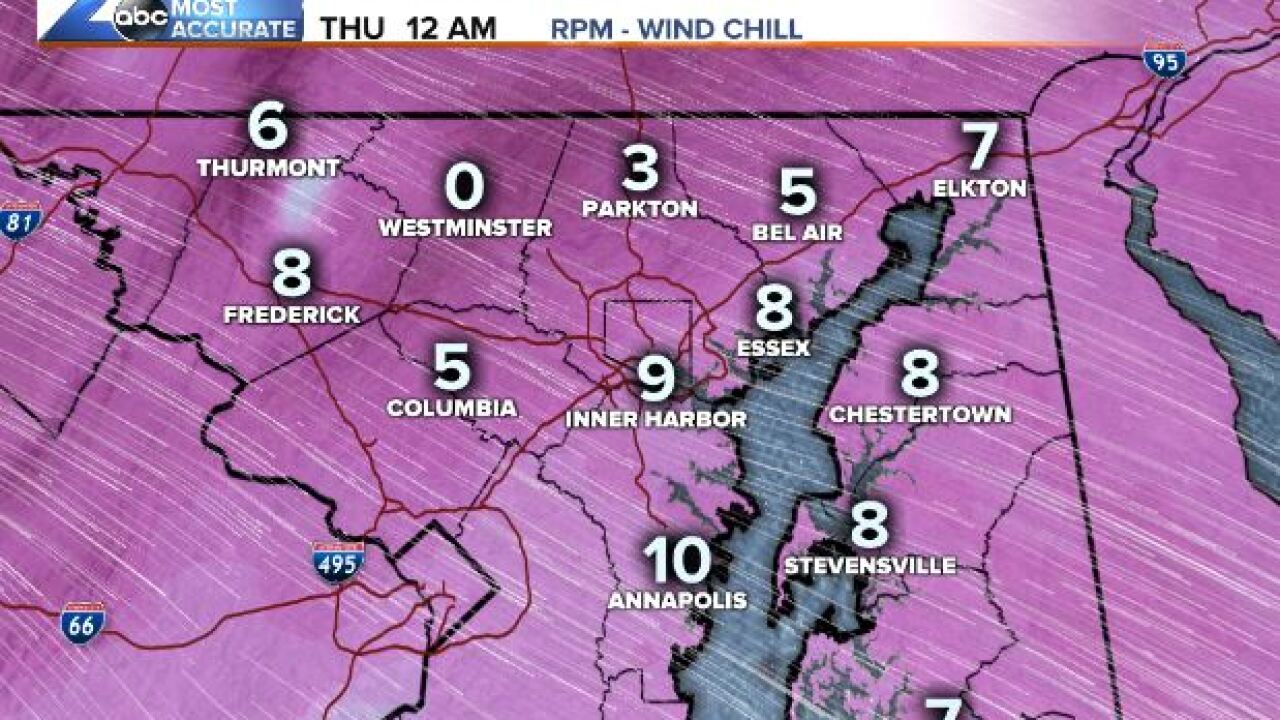 We made it to the middle of the workweek and another shot of bone chilling air. Winter officially arrives early Saturday morning but a tease of what the season looks to be arrives Wednesday and Thursday.

Highs temperatures both days will be in the 30s with overnight lows bottoming out around 20 degrees. Winds will crank up out of the northwest with gusts close to 30 mph Wednesday dragging in the wave of brutal cold while also touching off a few snow squalls across the area.

If you are underneath one of these snow squalls visibility will be reduced quickly and a quick dusting of snow could fall in a matter of 15-30 minutes leading to slick travel concerns. Squalls are one of the harder things to forecast for and can easily catch drivers off guard so be aware especially Wednesday afternoon and evening conditions look to be primed for development.

The bigger story though will be that cold air that moves in behind some of these snow squalls and the strong piece of upper level energy nosing on through. Thursday morning low temperatures will be in the teens in most locations with single digits over the mountains. You combine that with a wind that is likely to gust above 25 mph early Thursday morning and you get winds chill at or below 0 degrees.

Definitely a morning for all the layers to cover up any exposed skin. The hats, scarves, coats, gloves, thermal socks, vests, and ear muffs will be need throughout the day Thursday as highs barely make 30 degrees. A day more like January instead of December in Baltimore.

Temperatures eventually rebound by Friday. Highs will be at or near 40 degrees once again with mostly sunny skies. A few more clouds Saturday with highs above 40 before a storm system cruises on by to our south. Right now the weekend is entirely dry compared to one week ago where the models were hinting at snow. Extra clouds will fill the skies Sunday before the sunshine returns with highs near 50 degrees early next week.

The long range 8-14 day trend continues to show above average temperatures heading into the new decade along with below average precipitation. So those of you looking for a White Christmas in Baltimore will have to wait another year keeping the snow drought alive on the holiday since 2002.