Maryland sky filled with Neptune and the Harvest Moon 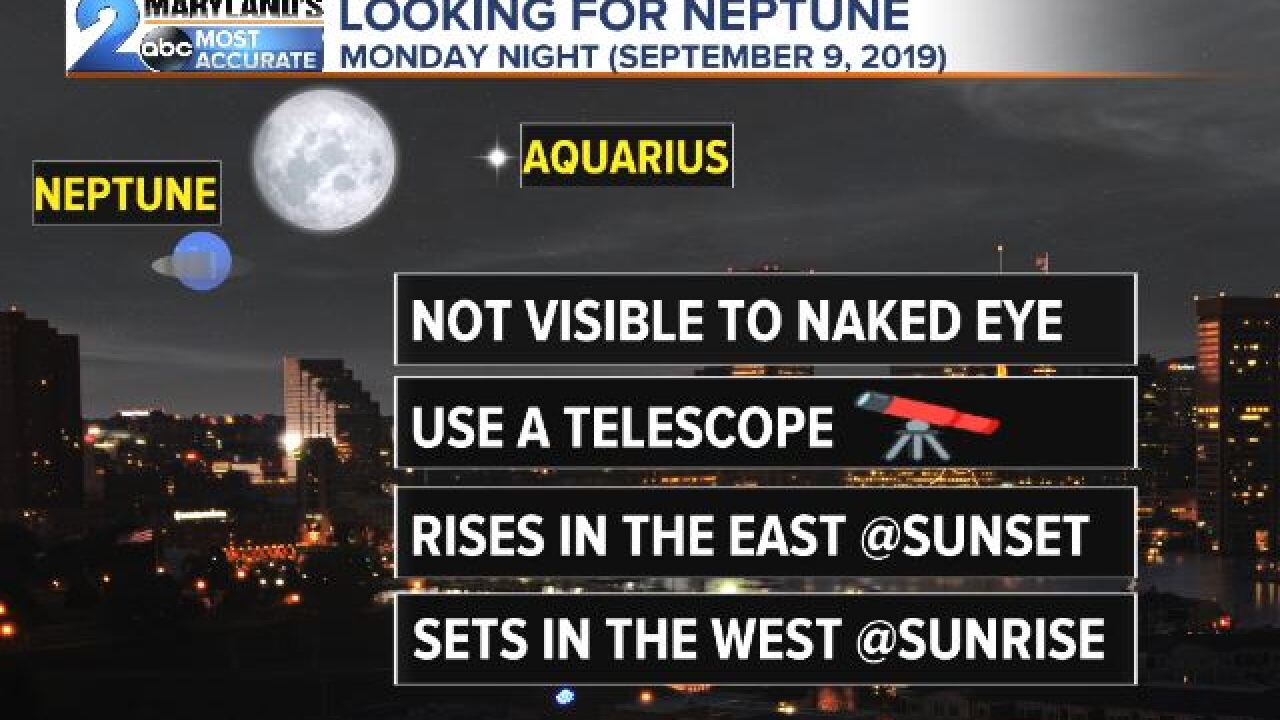 BALTIMORE —
The sky show continues over much of Maryland this week. After seeing Jupiter and Saturn in the southeast sky this weekend Neptune makes an appearance along with the "Harvest Moon" later this week.

Speaking of Neptune it will be visible statewide tonight in the southeast sky above. Neptune is the only planet in the solar system that is not visible to the naked eye. A good telescope or pair of binoculars will help in viewing this distant giant. Jupiter and Saturn will also be visible but may be obscured a bit from the waxing crescent moon.

That same moon looks to turn full later on this week. The full "Harvest Moon" will graze the skies above Baltimore starting Thursday evening and will hit it's full phase at 12:33am Saturday. In some locations the moon will actually turn full on Friday the 13th. This includes the Central ,Mountain and Pacific time zones.

The "Harvest Moon" is known as the closest full moon to the "Fall Equinox" which is now only 14 days away. Hard to believe right!! Anyway happy hunting in the skies above. Just watch for a few clouds from time to time. Our weather looks to improve even more later on this week.