Record cold to a brief rebound in temperature.. 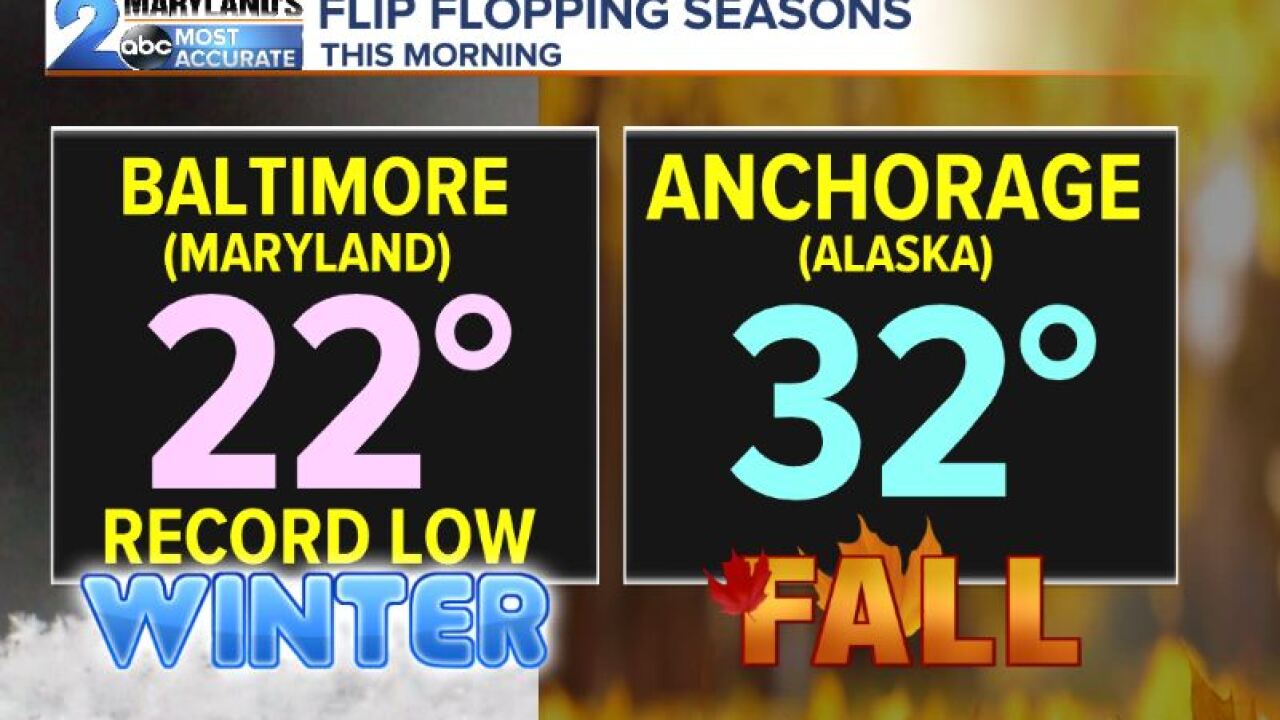 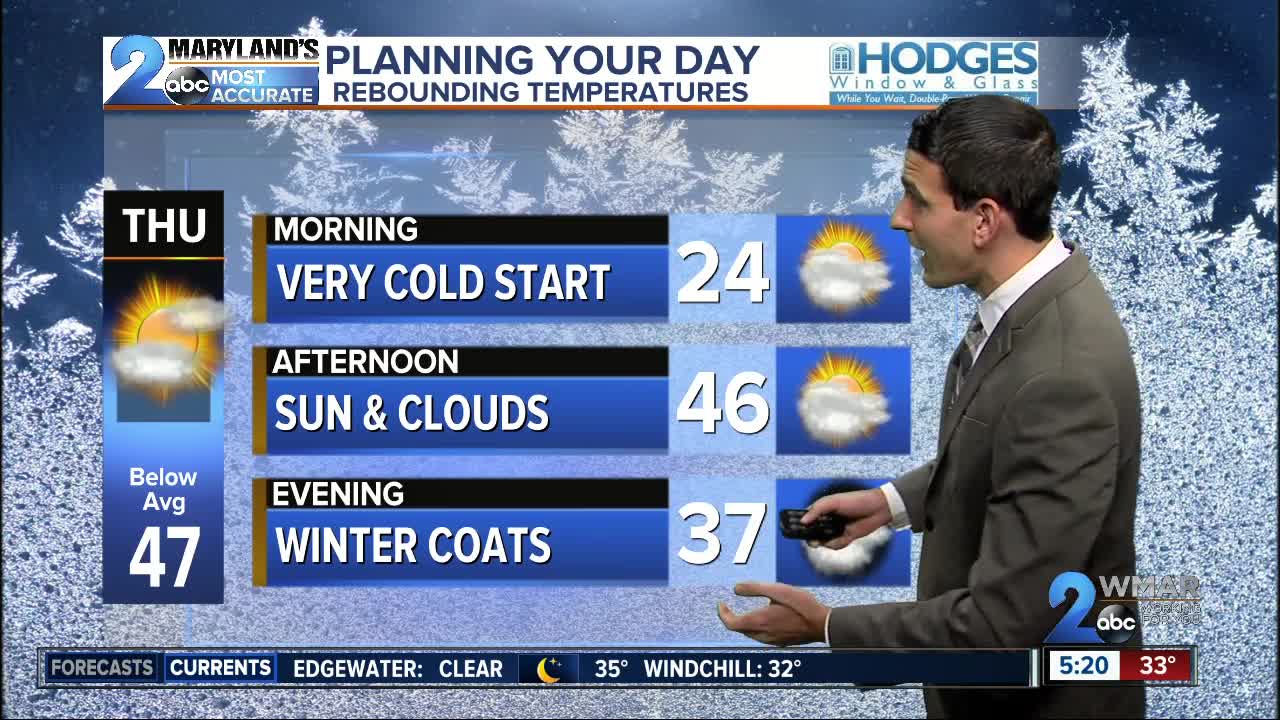 A 31 degree swing in a matter of 36 hours. Just think Monday November 11th was all about the t-shirts and today it was put on every layer possible so we could stay warm. Many locations along the I-95 stretch broke records this morning when it comes to our recent cold snap. In Baltimore we tied a record of 22 degrees which dates back over 108 years to 1911.

Many locations in our northern and western suburbs saw temperatures in the teens. This also included portions of the Eastern Shore thanks to a little snow on the ground.

This may sound shocking but it was actually colder in Baltimore and it's surrounding suburbs then parts of Alaska this morning. In Anchorage, AK they woke up to temperatures near freezing while here we were about 5-15 degrees cooler. Alaska is where this airmass originated so while we deal with the cold push they deal with a bit of a warm-up since our atmosphere works like a fluid that ebbs and flows around the globe.

Our recent high pressure has created what is known as a trough in the East allowing the jetstream to dip to the Gulf Coast states opening the door for widespread cold to come down out of Alaska and Canada along with an active storm track. Out west on the other-hand is a ridge pushing the jet stream north giving most of those areas warm temperatures and limited storm activity. Best way to put it is that it's like a playground teeter totter tipping back and forth.