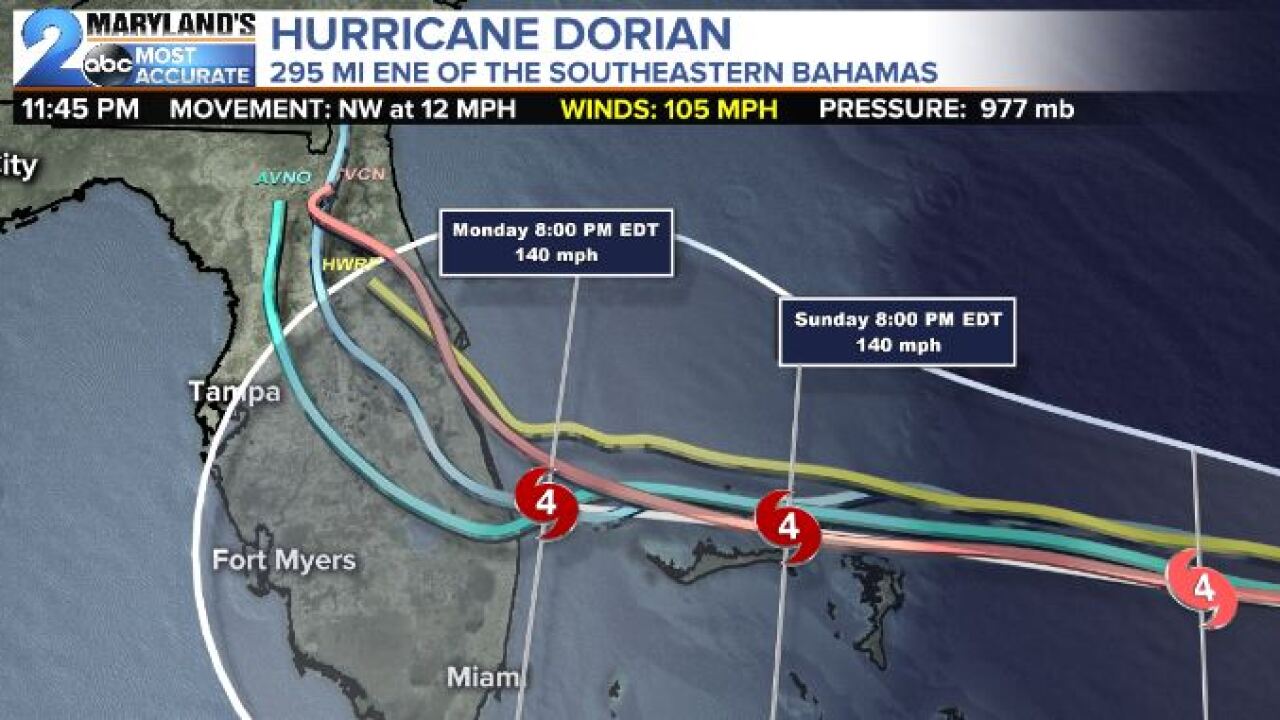 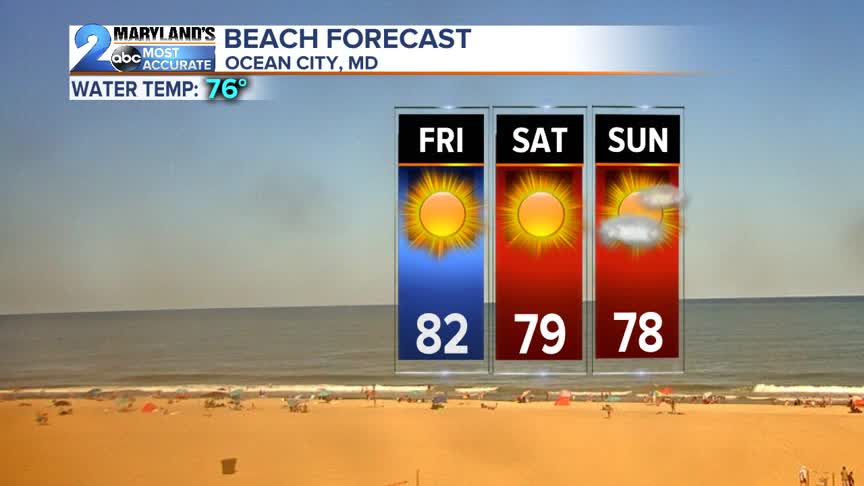 A fairly decent stretch of weather ahead in Maryland for the Labor Day holiday weekend ahead. Despite the outside chance of a thunderstorm Sunday into Monday and high rip current risk at the coast our weather here will fair much better than what looks to go down in Florida with Hurricane Dorian.

High pressure anchored over the Mid-South and Bermuda will be the defenders in keeping Dorian away from Maryland. These two pressure systems will steer the storm to the coast and may even stall it out Labor Day Monday into Tuesday.

Right now as of 11pm the storm is at Category 2 strength with winds up to 105 mph. Hurricane recon aircraft continues to depict pressure falls which is an indication of intensification (despite shear on the northern edge) and the eventual formation of an eye. As the system continues it's jog northwest it will enter a much more favorable environment with limited shear and plenty of storm fuel in the form of 85-90 degree ocean water.

Both the European and American models highlight this potential slowdown which is simply based on the strengthening or weakening of the "Bermuda High Pressure" to the east. In the European solution we have a stronger high which pushes the storm a bit further south toward southern Florida before scurrying it along the east coast of the state into southern Georgia mid next week.

The American solution does the opposite with a weaker high pressure system allowing the system to jog due west into central Florida with a second landfall along the Gulf Coast. This just shows you that uncertainty remains in the forecast even though more data continues to come in. What we do know is that Florida looks to be the impact area with 10-20" of rain expected and winds at Category 4 strength (140mph).

Stay tuned for further updates in the coming days as this information looks to change rapidly as more advisories come out.