Jupiter, Saturn, and a meteor shower this weekend

Saturn and Jupiter will sit close to the moon.. 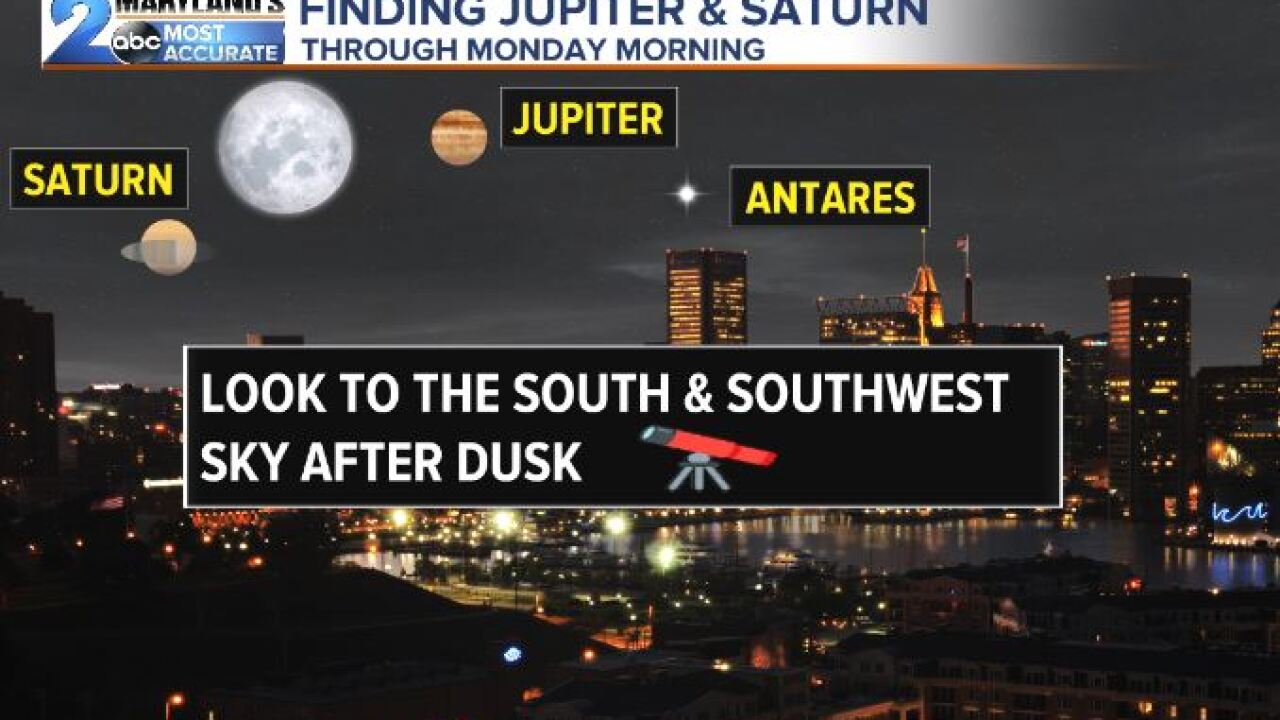 BALTIMORE — Over the next few nights sky-watchers look to get quite the show here in Central Maryland. The southern and southwest skies will feature multiple planets, a meteor shower, and the stunning moon.

Jupiter and Saturn will illuminate the skies tonight through early next week. Jupiter will be close to the moon while Saturn will be just off to the left of it. Skies should be clear making for excellent viewing conditions at least through Sunday morning before the clouds return.Saturday should be the best day for viewing since Saturn and Jupiter will be just right of the moon. Early next week will feature rain so viewing may not be so nice.

Besides the planets we have the Draconids meteor shower which is actually one of the best meteor showers to watch before midnight. The meteor shower will be visible between October 6-10th. The peak looks to be on October 8th with only a handful of meteors per hour flying through the skies above.

After the meteor shower comes the full "Hunter Moon". This moon signifies the first full moon of Autumn and the start of hunting season. It's also the full moon that proceeds the Harvest Moon which kicked off the Autumn Equinox. Happy viewing!!