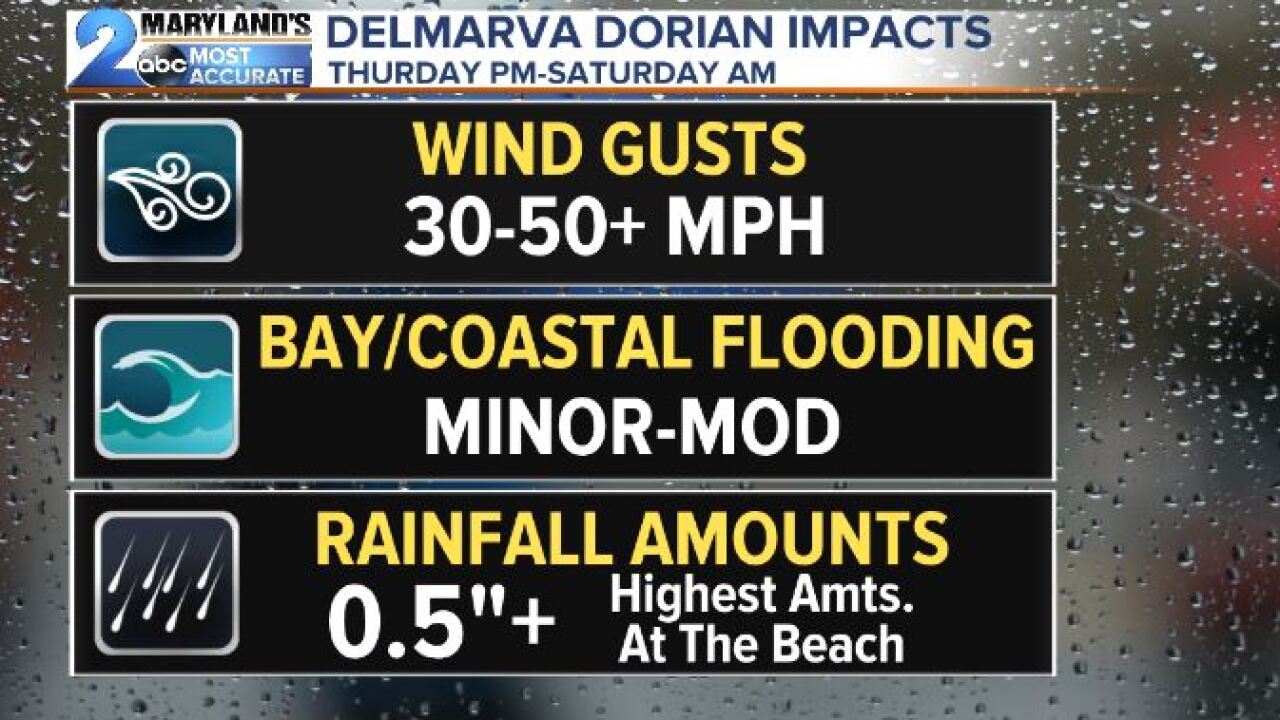 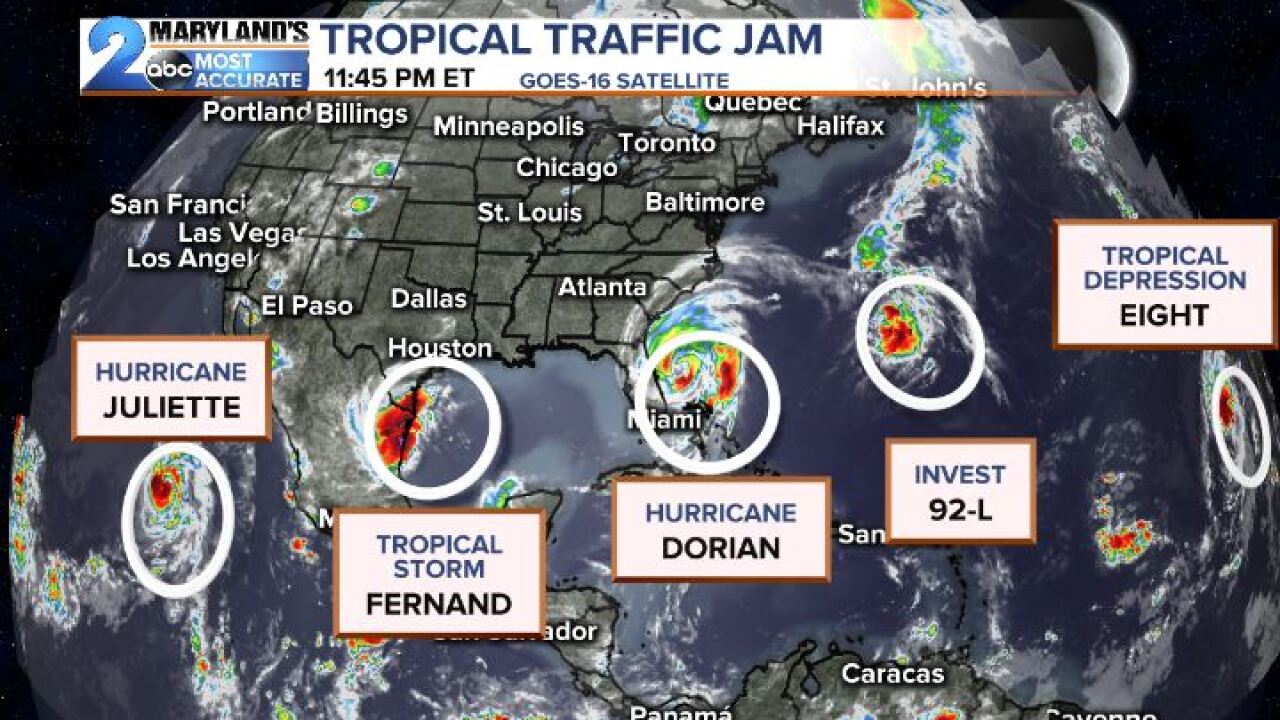 The tropical traffic jam is on three named systems from the Pacific to the Atlantic, plus a Tropical Depression Eight, and an area of invest to watch in the coming days ahead. The storm of importance remains Hurricane Dorian as it continues to walk a tight rope along the southeast coast of the United States.

Hurricane Dorian is on the move Wednesday night, and looks to be pointed toward the Carolinas midweek. As of the 11 p.m. advisory, the storm continues to grow in size although remaining at Category 2 status.

A bit of a westward trend in track continues as well on the slow 5-6 mph northwest clip up the coast of Florida. With this westward wobble hurricane force gusts and higher storm surge values will impact portions of the north Florida and Georgia coastline as the storm continues north.

The core of the storm though looks to remain offshore.

The westward shift also signifies alarming concern for North and South Carolina as we enter the midweek time-frame.

Wilmington to Cape Hatteras and Morehead City could be our landfall point Wednesday night into Thursday. Since the storm has grown in size the wind field has been allowed to expand which means if it's closer to the coast more locations will be subjected to hurricane force winds for a longer period of time.

On top of that the slow forward speed, curvature of the land, and depth of water in this area, there are increased concerns for destructive storm surge flooding.

Evacuations continue and preparation in these areas from Georgia to the Carolinas should be finished at this point. Besides the wind and the surge flooding could also be an issue with 4-8" of rain likely from the Coastal Carolinas to Inland parts of the states.

Once the storm passes the Carolinas, it looks to emerge off the coast of the northern Outer Banks about 140 miles southeast of Ocean City, Maryland. This means that portions of Maryland, including Baltimore, will feel a glancing blow from this historic storm as it passes by Thursday into Friday. Worst of the weather of course will be at the coast.

As it stands now, 30-50 mph gusts are likely with minor-moderate bay and coastal flooding along with 0.5"-1" of precipitation.

Once again, the worst of these conditions will be at the Maryland and Delaware Beaches compared to here in Baltimore where a sharp cutoff in weather conditions are likely to occur. Both the GFS and Euro paint this picture with the storm departing the area late Friday night into early Saturday morning.

Sunshine returns for the weekend, but breezy conditions are likely to continue at least Saturday before things calm down Sunday. Stay tuned as this forecast looks to change fast with Dorian inching closer and closer in the coming days ahead.