HERE WE GO AGAIN-Going For 15 Fridays With Rain 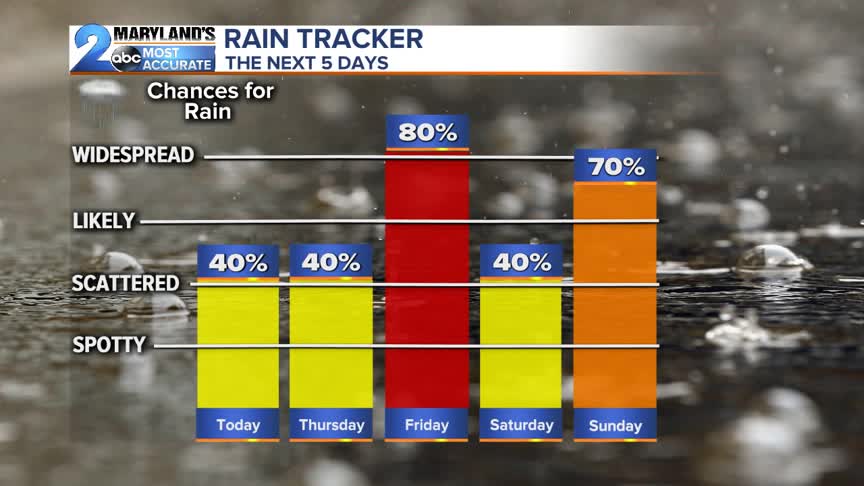 Rain chances are on the rise later this week and into the Mother's Day weekend ahead. 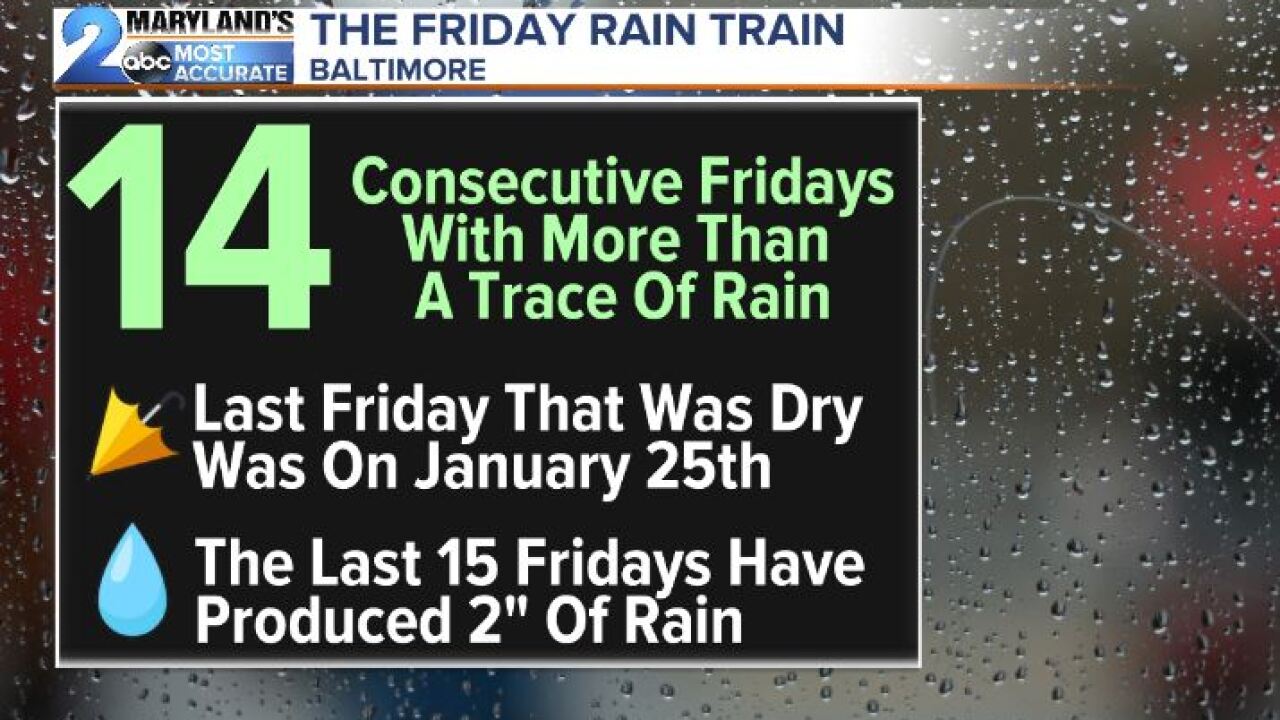 Another week and another worry for rain heading into the weekend ahead. Unfortunately the pattern doesn't look to end anytime soon. We are on the verge of 15 consecutive Fridays in row with some sort of measurable rainfall. The last dry Friday around here was on January 25th so the curse of the never ending rain train continues.

Once again it seems as if we will be underneath the same wavering stationary front setup as last weekend (May 3-5, 2019). During that period we saw heavy rain Friday afternoon and evening followed by a lull Saturday then rain Saturday night into Sunday morning.

This Friday looks to be the same with showers and storms mainly late in the day. Coverage will be less pronounced compared to last week but the risk remains for heavy rain and gusty winds. Cloud cover though should minimize the severe weather risk.

Saturday brings us a lull with mostly cloudy to cloudy skies in place. The front should be far enough to the south to keep us dry but concerns are there for showers to develop later in the day as well as into the overnight hours. Now only if we could keep the dry trend going since we do have an important holiday coming up for all the Moms out there.

Our luck though runs out and the umbrellas become a thing of reality once again this Sunday. Rain will be steady in the morning hours before picking up in intensity as we get into the afternoon and evening hours. Localized flooding also cannot be ruled out with average model output around 1-2" during the Sunday-Monday morning time frame.

Looking back at some Mother's Day weather history over the last 6 years this Mother's Day would line up pretty well with what we had last year (2018). If you remember it was wet with nearly 0.5" of rain and cool as temperatures held steady in the 60s underneath abundant cloud coverage. 2019 will be no different for Mom with highs in the 60s and the highest rain chances of the next 7 days.

The rain gets out of here for early next week with a few leftover showers Monday and some clouds Tuesday. High temperatures start to climb toward 80 degrees once again by Wednesday before another front gives us rain going into potentially 16 Fridays in row later next week. Even with all of the rain on Fridays and during the weekends the long range 8-14 day trend suggest normal precipitation chances with above normal temperatures heading into mid May. Either way have the umbrellas nearby and keep the fingers crossed that we can break the streak sometime soon.