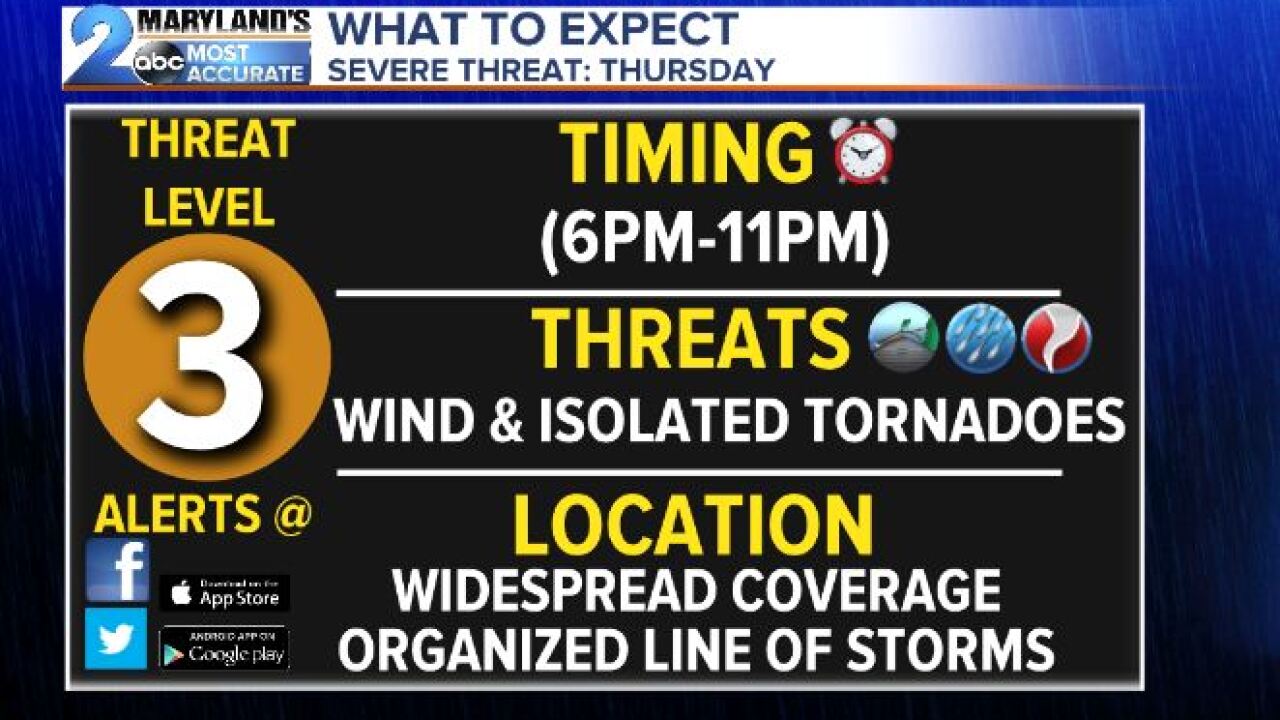 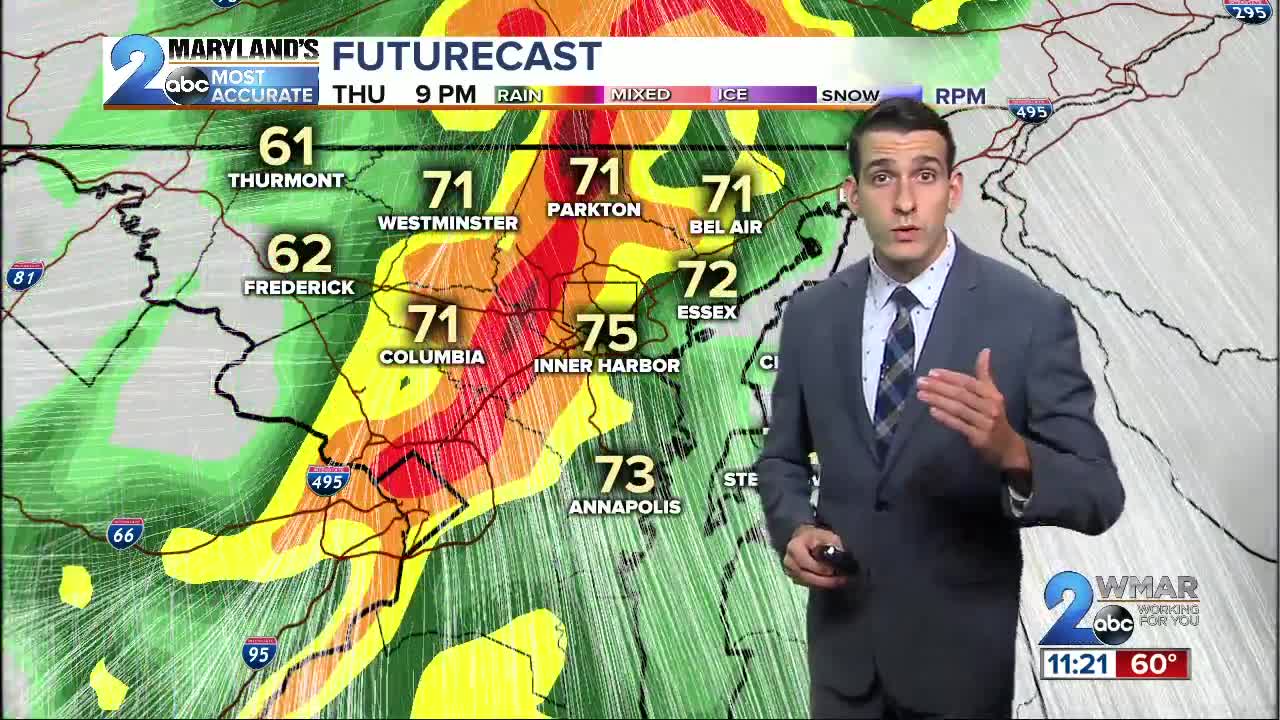 Sorry kids it looks to be a bit rainy and windy for Halloween. Unfortunately Mother Nature's ghouls and goblins look to ruin the candy stash with spooky severe storms. This will be a one day affair with storms exiting the area while ending our recent mild spell by early Friday morning. Activity looks to be widespread with a well organized line of storms rolling from west to east out of the mountains after 5pm Thursday through 12am Friday morning.

Storms look to strike the area during the height of "Trick or Treat" with damaging winds and heavy rainfall. An isolated tornado also can't be ruled out as the front pushes in from the west since wind shear will be a big driver of this system during the nighttime hours compared to storm energy. With that said storms will pack a punch without the everyday person hearing thunder or seeing lightning which is more common with a summertime severe setup.

WHERE WE ARE NOW
The storm system right now continues to strike the southeast states with record heat in Florida and severe weather along the Gulf Coast states. Meanwhile in the Ohio River Valley and portions of Oklahoma/Missouri snow continues to Fall as colder air rushes in. The clash of air-masses plus the front makes a perfect breeding ground for stormy weather hence the Level 3 "Enhanced Risk" from southern Pennsylvania into North Carolina.

FORECAST NOTES
Meanwhile light pockets of rain continue to stream through Baltimore overnight Wednesday into early Thursday morning precluding the severe weather threat. A lull in the activity looks to arrive by midday with a few breaks of sunshine even possible to our south pushing temps to around 75 degrees. This will make things a bit more interesting when it comes to the severe weather threat although the bulk of the action comes in well after sunset relying more on shear than storm energy. The exact timing of the wind energy aloft and placement of the overall upper level piece of energy (i.e lift) will be important for what will become of this threat.

TIMING
From lunchtime through 5pm things should be okay outdoors. Showers and thunderstorms will bubble up from convection earlier in the day off to our west around 3-4pm before migrating east out other Maryland mountains.

This line should arrive to Baltimore after 7pm before crossing into the Eastern Shore after the 10-11pm. Western sections of the viewing area from Taneytown to Thurmont and Mount Airy to Frederick look to see the activity around 6-7pm. Once again wind is the primary threat with gusts of 40-60 mph+ expected. A tornado or two cannot be ruled out from being embedded in the line of storms especially in areas south and west of Baltimore.

THREATS & IMPACTS
Our primary concerns look to be damaging winds in excess of 50 mph and the threat of an isolated tornado. Heavy rain is also possible but flooding does not look to be an issue since storms will be moving by pretty quickly and because we still have a drought.

Models trend the line to come through a little later which could increase the threat since the wind energy aloft will likely be maximized at this point.

Besides wind threat the concern for a tornado or two remains on the table. The threat is nonzero based upon the winds aloft and at the surface moving in slightly different directions to create rotation. This is especially true with storms that form out ahead of the main line or are embedded in the kinks of the organized line of storms as it presses east.

Wind though continues to be the biggest concern since above us at airplane level winds are well over 75-80mph and at the surface gusts look to approach 30mph out ahead and behind the main line of storms. The same main line of storms at any point could pull down those 75-80 mph winds to the surface creating spotty instances of tree damage and even some power outages.

IMPORTANT
Please make sure to have a way to get watches and warnings Halloween Thursday. Make sure to have a severe weather safety plan and know where you live on a map so you can get the right information even faster.