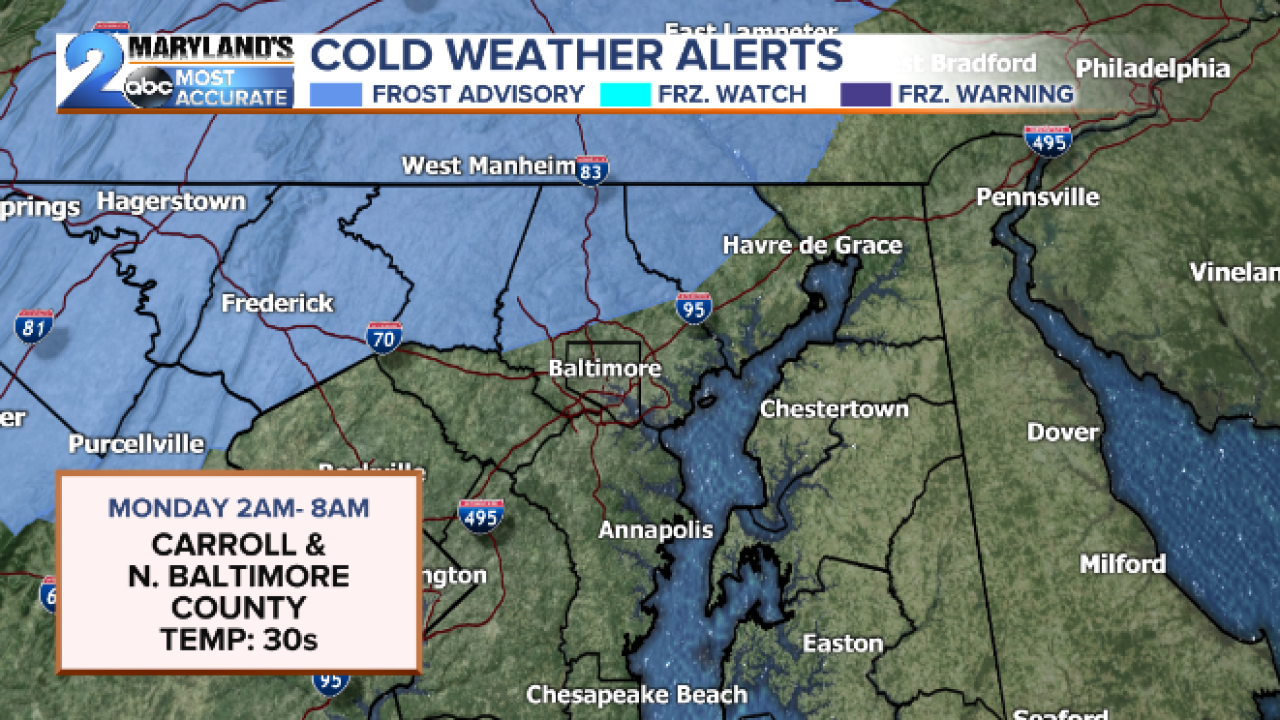 BALTIMORE — Frost Advisories are now in place for Frederick, Carroll, and northern Baltimore counties as low temperatures take a dive close to freezing early Monday morning. Clear skies and light winds will allow temperatures to tumble pretty quickly into the overnight hours leading to the need for the ice scrapers before heading off on that early commute.

If you have plants outdoors in pots try to bring them inside to protect them from the potentially killing frost. If your plants are in the ground cover them with a light cloth or tarp to keep them warm. Lows especially north of the city with range from 32-37 degrees in such places as Jarrettsville, Taneytown, Frederick, Parkton, Westminster, and Cockeysville. South of Baltimore lows will range from 39-44 degrees with slightly warmer conditions along the Bay and down the Eastern Shore.

Below average temperatures continue to stick around through much of Monday before temperatures warm once again Tuesday. Highs will be in the 60s Monday before hopping over the 80 degree mark Tuesday as another warm frontal boundary lifts north of the area.