Freeze Warnings heading into the weekend 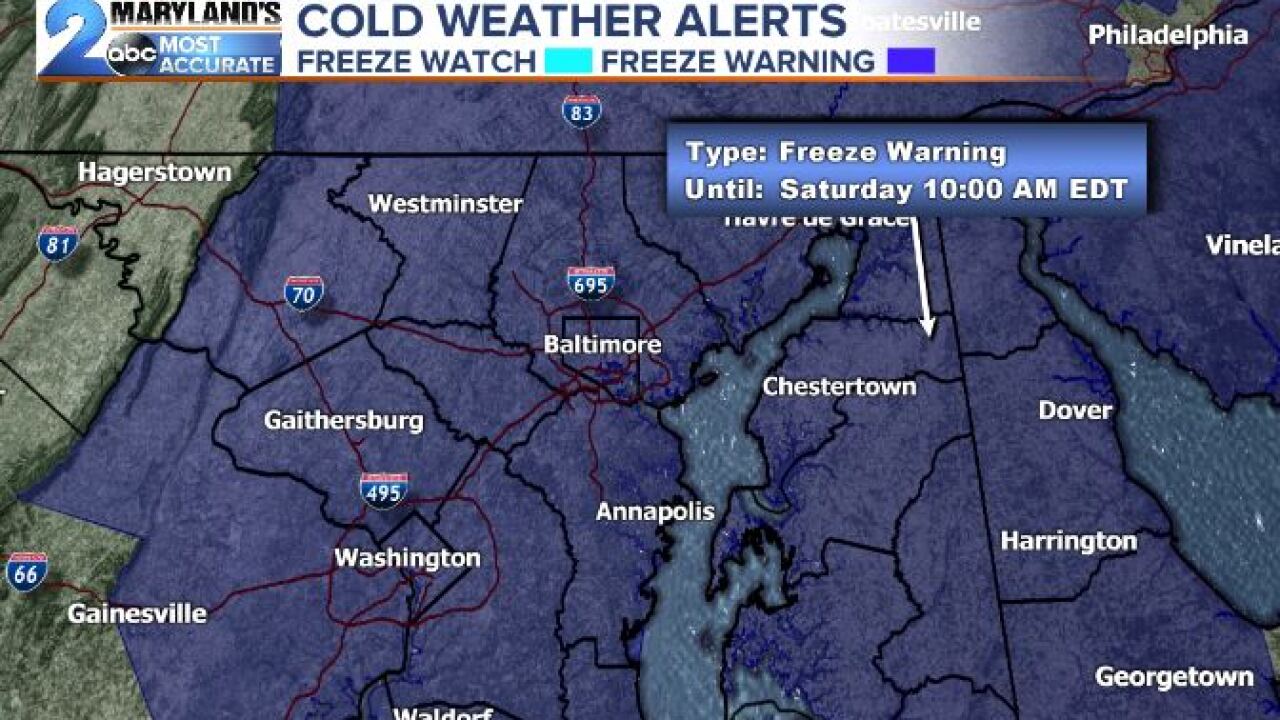 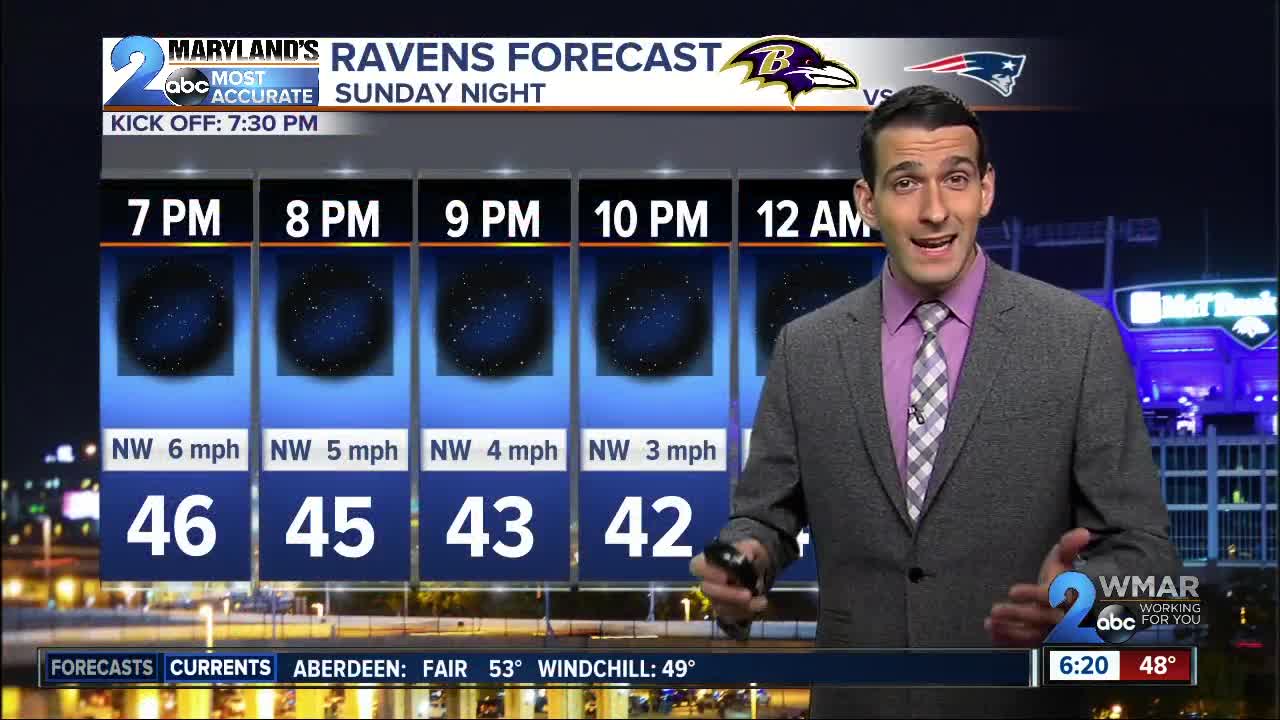 Freeze Warnings are in effect for all of Central Maryland and the Eastern Shore until 10am Saturday morning. This simply means that our growing season for the 2019 season will officially come to an end across the area and the need for a daily sweater will begin.

Clear skies and calm winds will prevail tonight allowing temperatures to fall once the sun sets across the area. Lows will fall near or below freezing across most of the area with the exception of the communities closest to the warm waters of the Chesapeake Bay. A killing frost will be widespread so if you have any tender vegetation outdoors cover it up or bring it inside if you want it to survive.

A frosty start on both Saturday and Sunday mornings with a "Layer Alert" in play. Clear and sunny skies will prevail throughout the weekend allowing high temperatures to climb into the mid to upper 50s Saturday and upper 40s and low 50s Sunday.

Colder air will be reinforced with a weak frontal boundary late Saturday into Sunday morning. Few clouds will be found in the skies of Baltimore as a result early Sunday morning and even a couple of snow showers over the Western Maryland mountains.

Ravens versus Patriots prime-time looking chilly with temps in the 40s around kickoff under clear skies above. A chilly game should translate to a good ground game effort from Lamar and Co. against the infamous "Brady Bunch".

Sunshine continues into early next week before a small chance of showers Tuesday and a better shot of rain later next week. Grab your favorite sweater and have a great weekend ahead!!