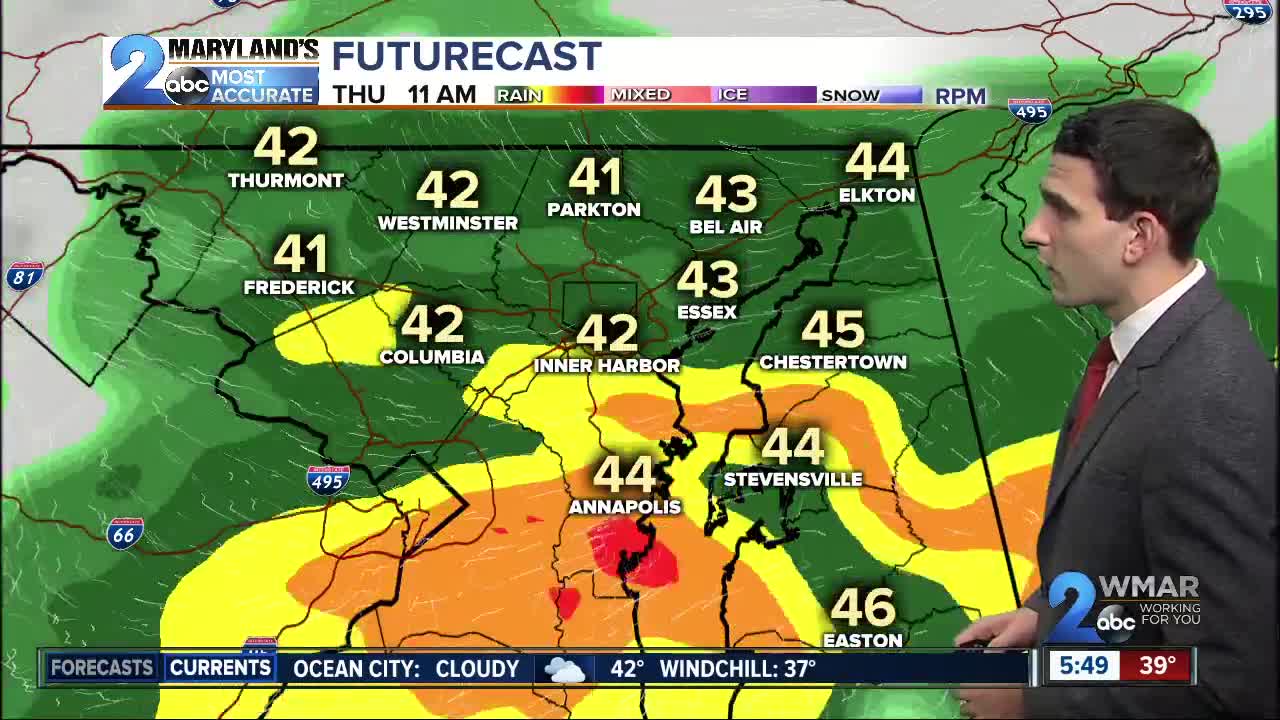 Heavy rain takes on over Thursday into Friday with even some thunderstorms across Southern Maryland. 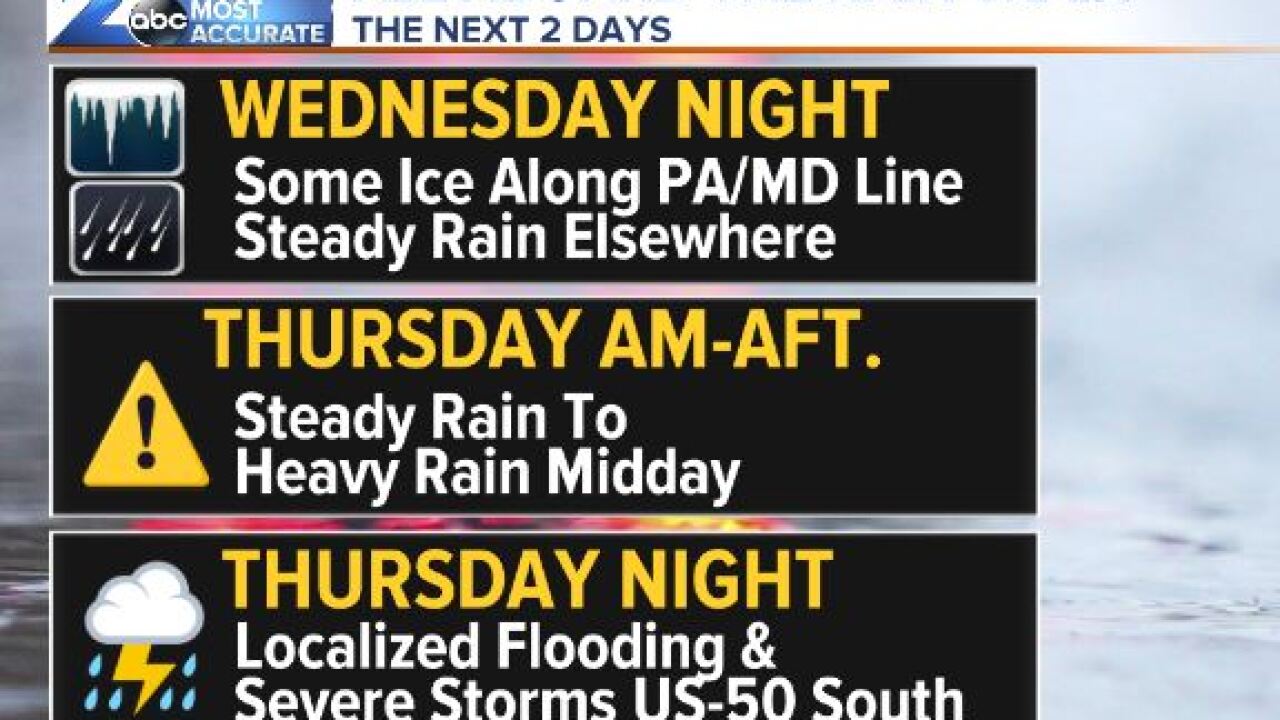 An Areal Flood Watch is now in place for Baltimore City, southern Baltimore, Anne Arundel, Howard, Caroline, Kent, Cecil, Queen Anne's, and Talbot counties from 1pm Thursday through 7am Friday morning. A WATCH means conditions are favorable for flooding to occur. Around 1-3" of rain is expected as a several areas of low pressure cross over the region.

Heavy rain starts to move in late Wednesday into Thursday as our first chunk of moisture slides out of central Virginia, West Virginia, and the Tennessee River Valley. This moisture will be with us during the overnight periods of tonight through Thursday morning before a quick break mid to late morning. Our first batch looks to yield at least an inch of precipitation and with somewhat frozen ground below that means excess runoff for poor drainage flooding.

The flooding concern will linger throughout the day with an increasing threat Thursday afternoon into early Friday morning as the second batch of moisture moves in. This secondary round could pack a punch with 1.5-2" of rain and the concern for severe weather south of US-50 into southern Maryland.

Right now Baltimore nor Annapolis are covered in the severe weather threat but even with that said gusty winds could become a problem especially as the last of the precipitation plows on through with the front early Friday morning. Most models paint 30-40 mph gusts area-wide with localized pockets of 40-50 mph along the coast and out over the mountains. With waterlogged ground below and gusty winds in play; power outages could become a concern.

The wind will be coming in out of the southwest initially before changing back to the northwest ushering in colder air to start our weekend ahead. The northwest low means increased chances for snow in the mountains with 2-5"+ of snow from Friday through the weekend across Garrett and Allegany counties in Maryland. Travelers beware for slippery conditions heading west along I-70 and I-68.

We will try to avoid 7 consecutive rainy weekends here in Baltimore for the weekend ahead. Right now both days are relatively dry with precipitation chances holding below 10%. There is one blip in the forecast though late Saturday into Sunday as a shortwave piece of energy rolls on through.

A chance of rain or snow is possible across the region. Models continue to hint at this only being a western Maryland event with limited precipitation here in Baltimore. Stay tuned for further details on that. Either way plan for the cold to return with highs in the 40s and lows in the upper 20s. No need to put the winter coats away just yet although next week's forecast looks more like a Spring pattern once again.

Rain returns Monday, Tuesday, and Wednesday as another front gets hung up across the region. Like most of this Winter we are caught on the warm side of things with highs in the 50s and a chance of rain not snow. Long range 8-14 day outlooks continue to illustrate much of the same for the middle and end of the month with above average temperatures and precipitation in the weeks to come.

Winter is fading fast but at least we always have March to look forward to for one last chance at snow before the total domination of Spring to come.