First "real" snow of the season in Baltimore Wednesday 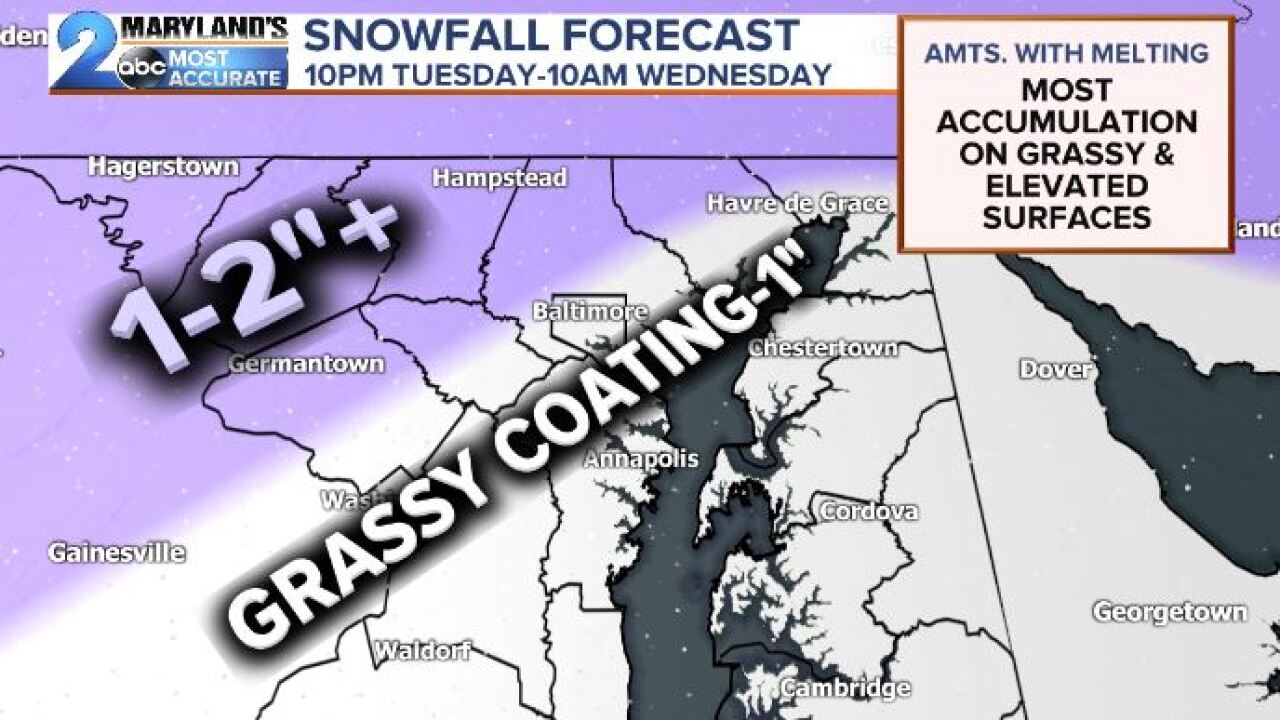 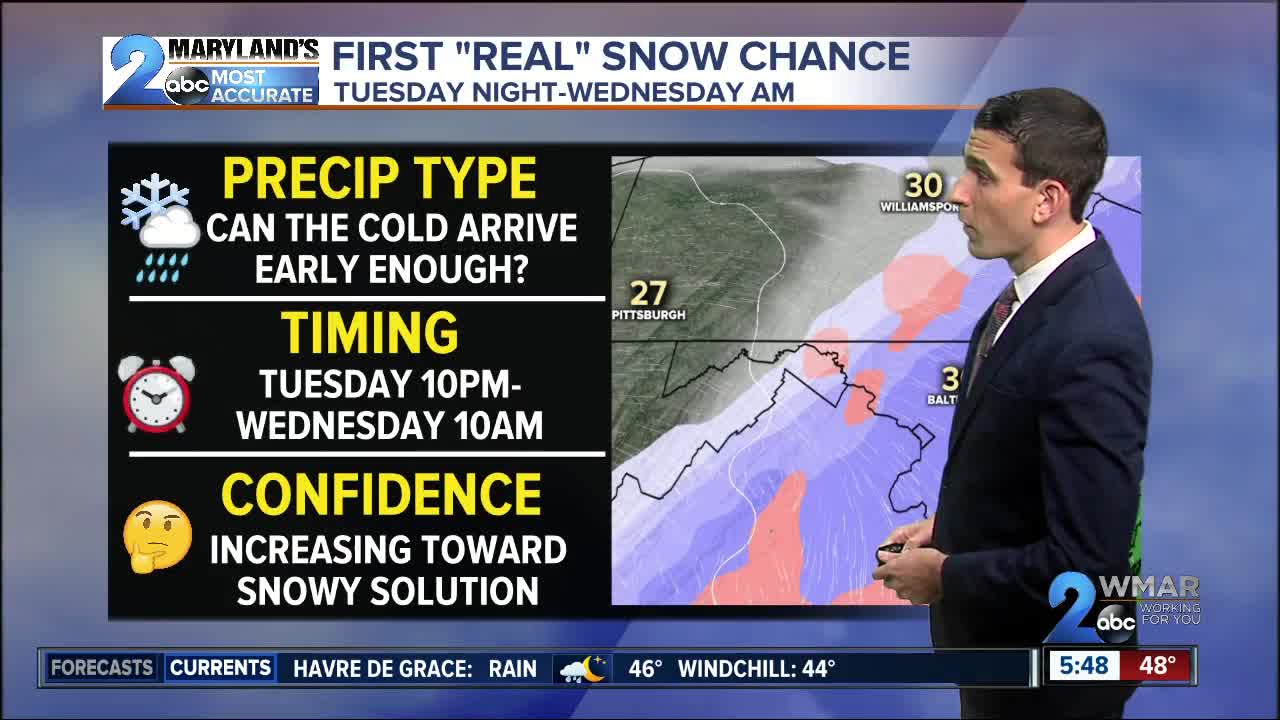 Let the "Weather Whiplash" begin as we have a little bit of everything for everyone over the next several days ahead. First up are those near 60 degree temperatures expected Tuesday. The mild air though comes at a cost with additional rain showers expected across the area. As it stands now the morning starts dry and mild under the clouds before shower/rain activity picks up again after 10am. Rain will be moderate to heavy at times as the front moves in with winds gusting between 20-30 mph. Another day of course for the rain jackets, ponchos, and umbrellas just to stay dry.

Things get interesting though as we get into the overnight hours of Tuesday and early Wednesday morning. At this point the front will have passed allowing colder air to drain into the area. The question is if that cold air will arrive in time and if it can meet up with the lift to enhance our "thump" of snow early Wednesday morning. The prime-time period for snow right now looks to be between 10pm Tuesday and 10am Wednesday.

Temperatures though for the most part will be above freezing before falling close to 32 degrees or slightly below that around 6-8am Wednesday morning. This will hamper snow "stickage" to the pavement especially with a near 60 degree day prior to the event. Now if the lift and the cold meet up of course we could get a period of heavy precipitation which in turn would create some slippery issues on the roads mainly north and west of the city. Confidence on that forecast remains medium at this time as model data remains at odds on timing and totals.

As for the snow we are looking at a grassy dusting in most locations with 1-2' of snow expected north and west of the city. Some locally heavier pockets could be mixed in based upon any banding as the lift is enhanced behind the front. All snow will come to an end by lunchtime Wednesday with temperatures warming close to 40 degrees. Sunshine will also return late Wednesday afternoon high pressure barrels in from the west. With high pressure in control skies will clear overnight as lows drop into the teens and 20s.

High temperatures will struggle to make it out of the low to mid 30s Thursday as the high parks overhead. Sunshine will fill the skies before clouds increase late as our next storm system rolls in Friday. For this go around precipitation will hold off until the early to mid afternoon hours. Freezing rain could be at the onset with leftover cold air at the surface and warm air overriding it. Temps will rise late Friday allowing any frozen precip to changeover to plain rain heading into the weekend ahead.

For now let's get through our first potential for measurable snowfall here Wednesday before we talk the end of the work Week. Stay tuned for updates here and on social media Tuesday as we get closer to the event.