First flakes fly for many Tuesday before the cold plunge 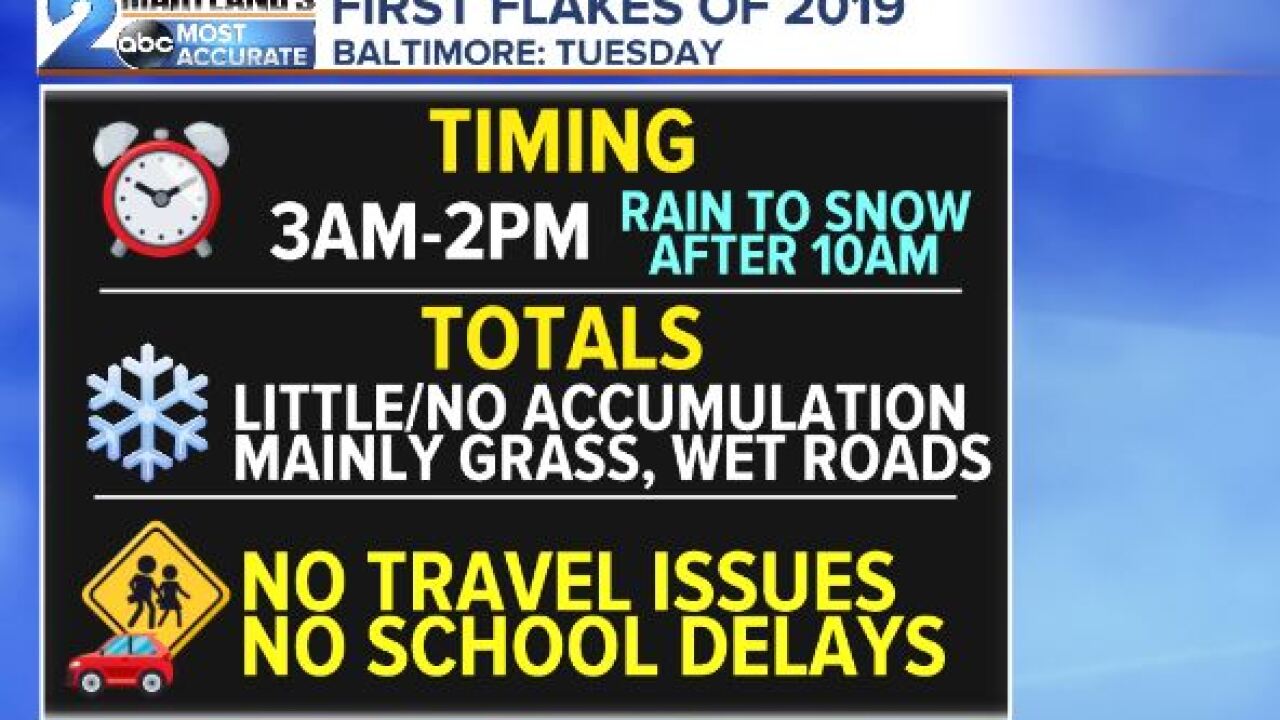 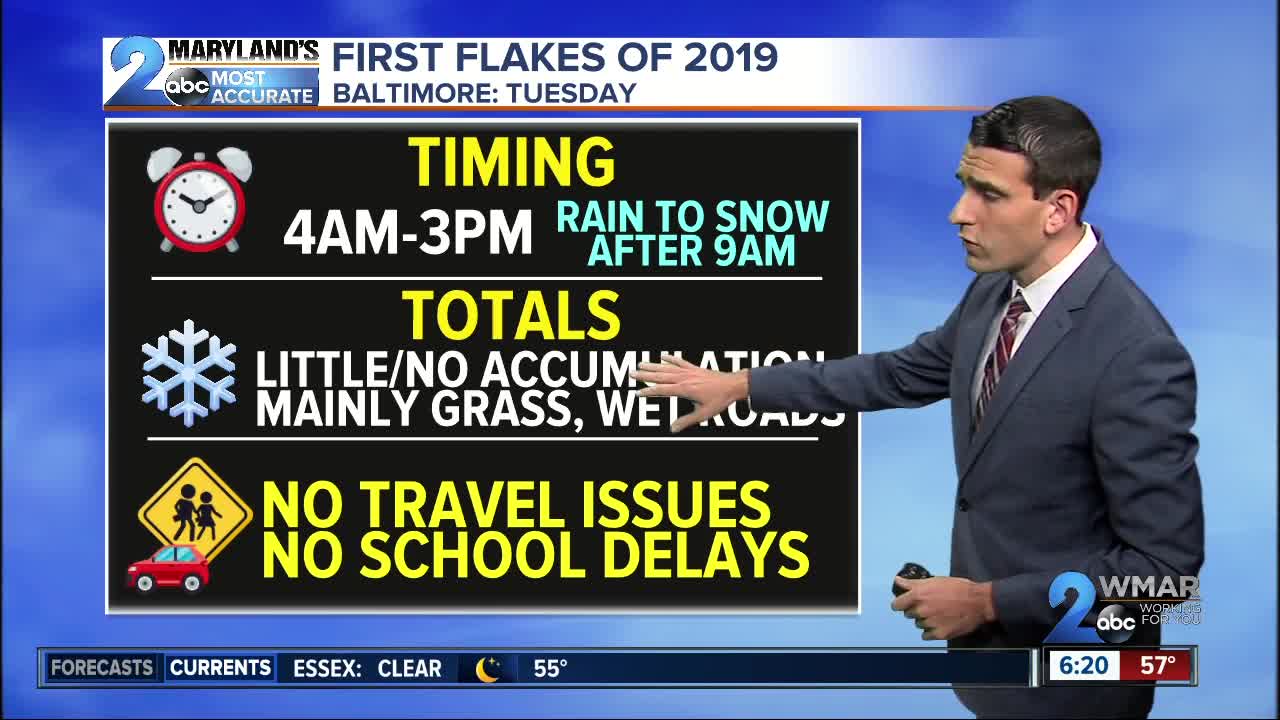 After a gorgeous Veterans Day with highs close to 70 degrees near record breaking cold barrels in for the middle of the workweek. Before we take the cold plunge we will go through a transitional Tuesday that even involves the first snowflakes of the 2019 season. Unlike last year where we picked up 1.7' of snow down at BWI Thurgood Marshall Airport the cold air doesn't catch up with the precipitation in time to see really any accumulation across the area. Temperatures will also not work in our favor with many locations above freezing when the precipitation comes on through.

Our high temperature Tuesday will likely occur around midnight with the crash beginning from there. We are likely to tumble at least 20 degrees from the start of the day into the evening hours as the front passes through. As usual the Western Maryland mountains will see a majority of snow with temperatures crashing faster due to the timing of the front and overall elevation. As the front advances east spots like northern Frederick Co.near Thurmont, northern Carroll Co. around Manchester/Taneytown, northern Baltimore, and northern Harford counties could have enough cold air in the valleys to change initial rain over to sleet then snow as more cold air filters in.

Elsewhere around the region rain will be the predominant precipitation type with a quick change to snow/sleet mixture as the front passes. The same can be said for much of the Eastern Shore with rain as the main precipitation type before some flakes fly on the back end. Our only exception to the mountains would be southern Maryland. This area could see an enhancement in precipitation once the cold air arrives leading to a quick dusting-1" accumulation on grassy surfaces as a ripple of energy rolls along the front.

The Western Maryland mountains of Garrett and Allegany counties will see the bulk of the snow accumulation at 1-3" of snow with localized pockets of 3"+ along the US-219 and MD 495 Corridors. Here in Baltimore, Bel Air, Annapolis, Westminster, Columbia, Elkton, Chestertown, Stevensville, and Frederick little to no accumulation is expected especially after a warm Veterans Day Monday. This also mean NO SNOW DAY Tuesday. Sorry kids we still gotta wait with plenty of snow season to go. Those of you on the lower Eastern Shore from Somerset over to Wicomico counties could also end up with a grassy dusting to 1" of snow as the front picks up a little extra energy on the way out of Maryland Tuesday afternoon.

With an abrupt cold snap coming you may want to let the faucet drip slowly to prevent pipes from bursting. Also don;t forget your pets and avoid leaving anything around heat sources that could catch on fire. Allow some extra time to warm-up the car over the next few mornings ahead not only to make you comfy inside but to prevent major issues to the motor due to the 30-4o degree swing in temperature over the next 36 hours.

The cold starts to let up Thursday with more clouds and another push of cold air on the horizon. Highs will return to the 40s with a few flurries late before touching 50 degrees again Friday. Next round of cold air for the weekend before rain not snow early next week.