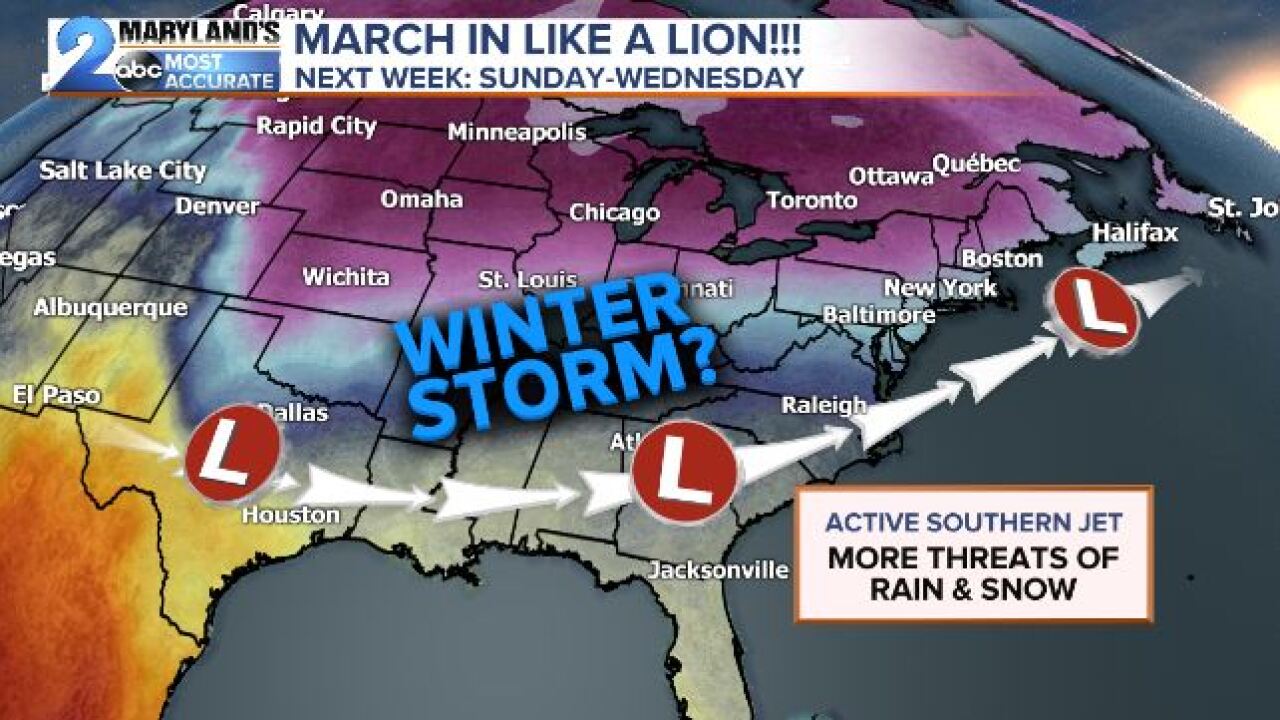 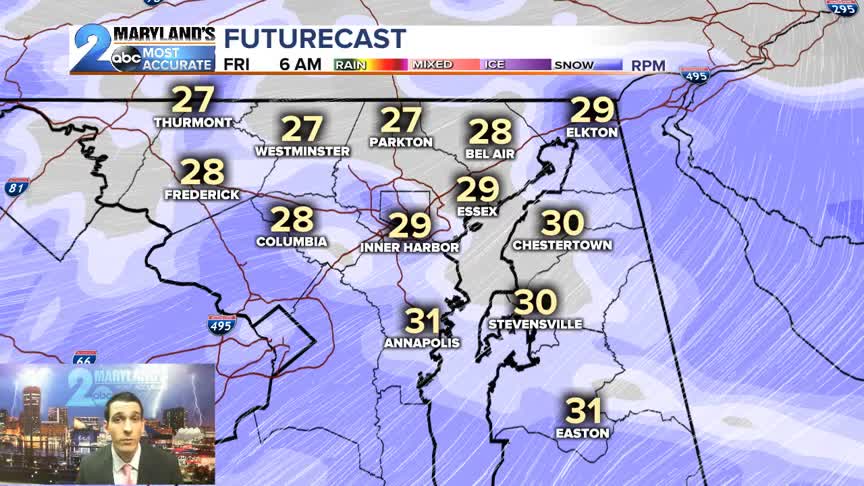 The countdown is on to the official start of "Meteorological Spring." Days are getting longer and average temperatures are slowly warming to signify the change is near. "Mother Nature" though has a few changes of her own as we enter the month of March.

Have you ever heard the saying "In like a lion and out like a lamb?" Well just reverse that and you get the forecast for the end of February and start to the month of March this upcoming Friday.

Our last day of February looks to be quiet with high temperatures back in the 40s under a little sunshine. Low pressure will slide by to the north giving us extra clouds in the skies above while another storm system looks to follow from the south and west come Friday.

This storm system will be responsible for a quick blast of wintry weather which could create slick travel concerns for the early Friday morning commute. All models continue to signal in on a mainly snow event with a little sleet at times between Washington DC and Annapolis. Accumulations will be on the order of a (Coating-2") with some localized pockets of 3" in around the I-70 WB and I-270 corridors.

Since the ground has thawed a little and temperatures have been at or above average the last few days accumulations will be confined mainly to elevated/grassy surfaces. Even with that said slick spots and travel delays are likely based on the timing of the snow coming in during the predawn hours. In march this is the prime-time period for what we like to call "Superior Stickage."

The storm system quickly departs by Friday afternoon with warmer air rushing in. Anything that has fallen will likely melt as temperatures climb back to around 40 degrees. Even warmer conditions are likely Saturday with highs around 50 degrees after a few showers in the early morning hours.

Beyond this point is where things get really interesting. This is where the "BIG ROAR" of March comes on as models continue to fluctuate on a little "March Weather Madness." Models continue to paint a cold outlook over the next 8-14 days with an active subtropical jetstream to our south an a northern polar jetstream continuing the cold supply to our north. The big question is to if that active "subtropical jetstream" will line up with the cold to give us a "Big Snow" . The American Model suggest such a solution come Sunday into Monday with a southern tracking low that will slowly jog by to the south giving us more snow. The European Model on the other hand suggest a more northerly track with a faster movement and less cold air for more rain across the area. Definitely a forecast you want to stay tuned to in the coming days ahead.

We are still technically 22 days out from Spring so anything goes when it comes to Central Maryland weather.