A quick dusting of snow before dawn for some.. 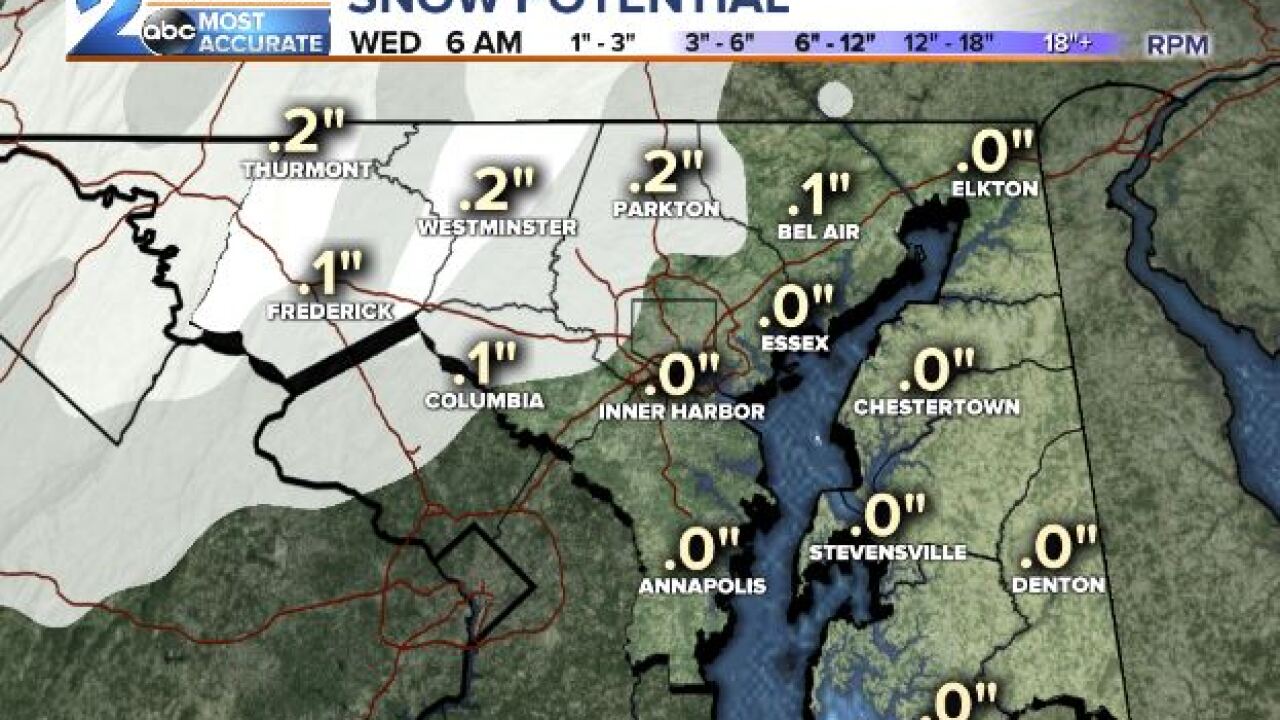 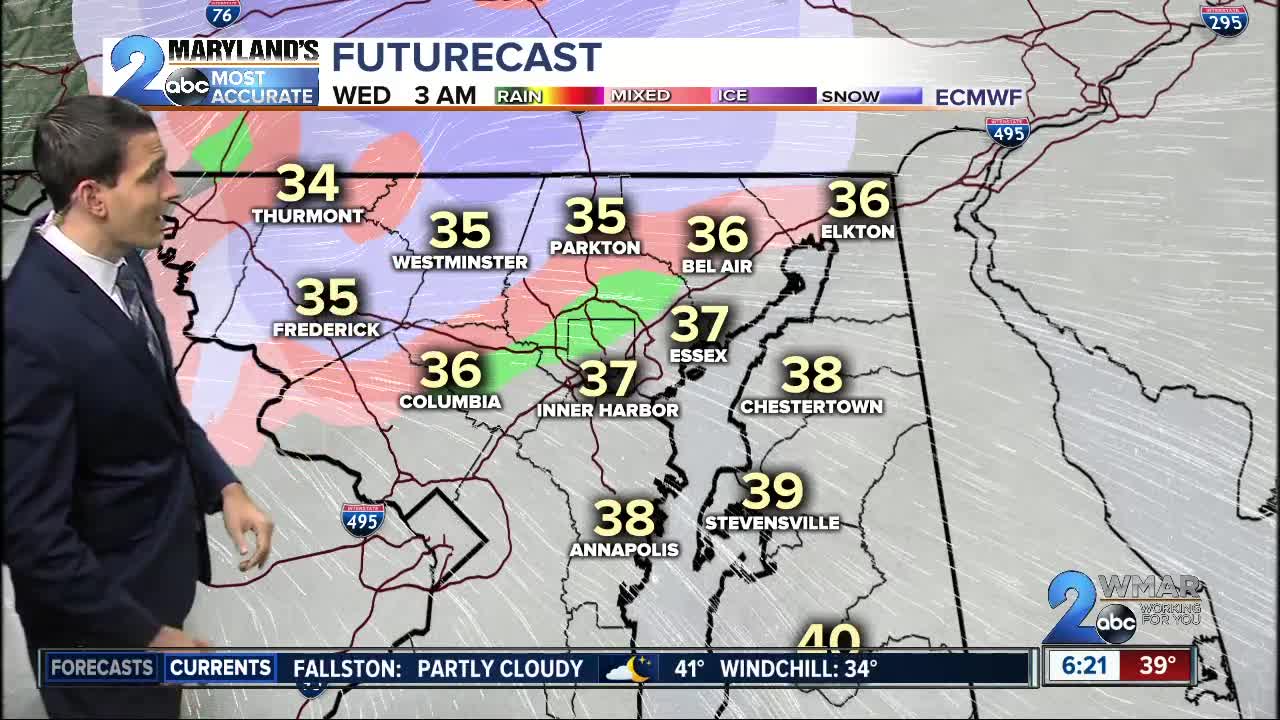 Another round of rain and snow is in the forecast for many across central and western Maryland during the pre-dawn hours of Wednesday morning. Little to no accumulation is expected as a result of the warm ground temperatures below and high temperatures on Tuesday topping out close to 50 degrees.

Our shortwave energy is a little more robust this evening as it comes into the mountains from the Ohio River Valley. Good warm air advection and converging winds at the surface look to provide us with a little more oomph for snow to fall in areas north and west of Baltimore. Even in the city though flakes look to fly as low temperatures flirt with the freezing mark.

Once again though little to no accumulation is expected although this storm system will come under the cover of dark which is typically prime-time "stickage" time. With that said a grassy dusting with one or two slick spots cannot be ruled out in northern Baltimore, northern Carroll, northern Harford, Frederick, Washington, and northern Cecil counties.

Those who live along MD 30 near Manchester, out toward MD 136/MD 137 in the Hereford Zone/Parkton, or along MD 24 toward Pylesville/Jarrettsvile have the best bet for a quick dusting early Wednesday morning (1am-5am). Roads should remain wet in all of these locations with snow exiting before the Wednesday morning commute.

Either way allow some extra time in the morning just in case you have to brush off the car and if the system over performs. As of now though all data reflects snow amounts below 1" with limited travel impacts and no school delays. Sorry kids and snow lovers of the like.

Long range suggest another weak shot at some rain and snow Friday before temperatures warm toward 60 degrees early next week. Stay tuned!!!