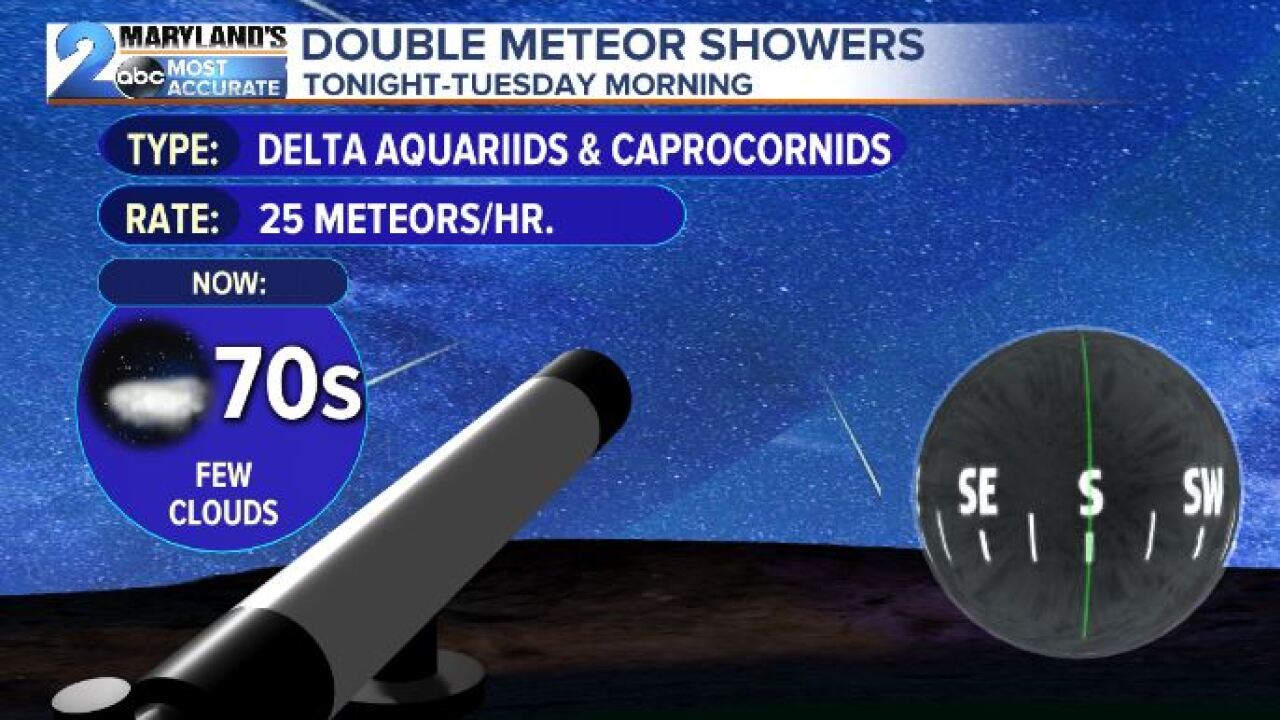 BALTIMORE — After a few storms earlier this evening the clouds have since cleared for "Dueling Meteor Showers." The Delta Aquariids and Caprocornids are set to take the stage in the skies above Baltimore tonight through Tuesday morning. The show looks to peak tonight with up to 25 meteors per hour flying in the skies above. Luckily for us the skies look to remain clear thanks to high pressure for this awesome show.

The best place to see these meteors according to Earth Sky Science is in the southern sky right before sunrise. Either way the show looks to be visible from anywhere under the cover of darkness. Just grab a telescope and try to stay away from well lit areas. The moon will also be in a favorable waning gibbous phase with only 9% of moonlight getting through which will limit any obstruction of the meteors as they stream on by.