Dorian a Category 3 marches toward the Outer.. 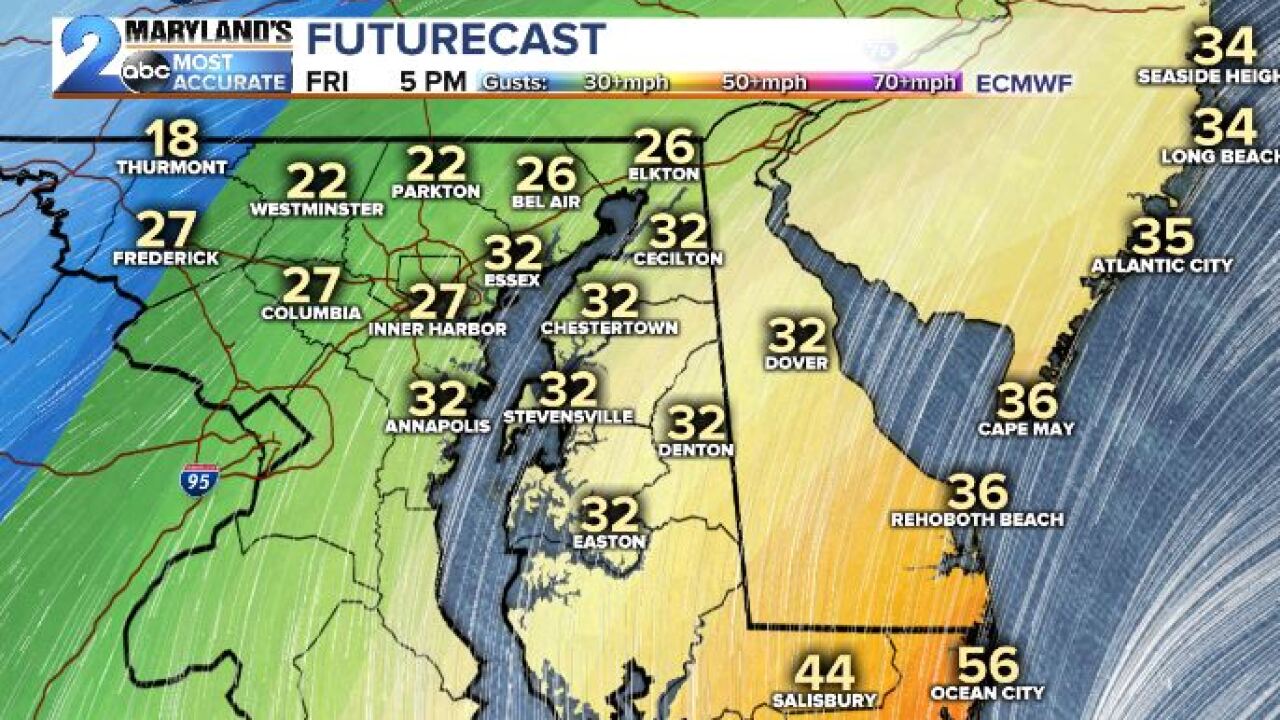 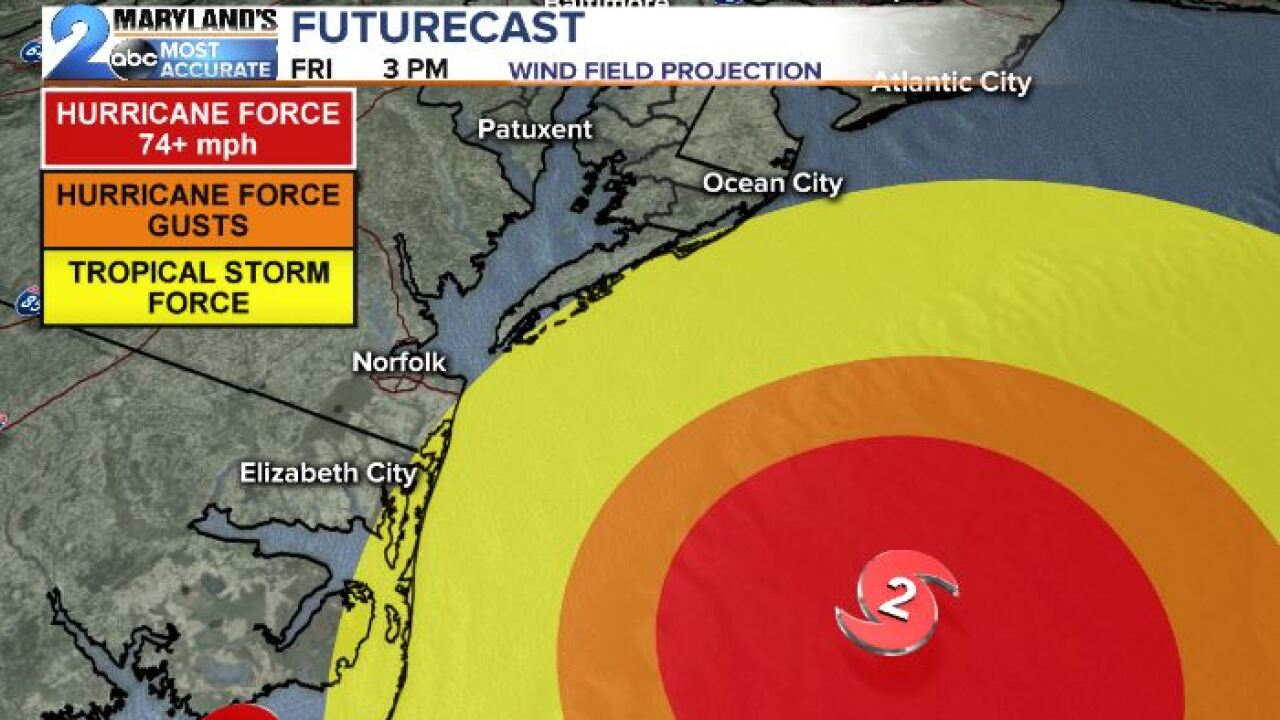 Unfortunately Hurricane Dorian continues to gain strength over the warm waters of the Gulf Stream. Winds are now back up to Category 3 strength (115 mph) with forecast guidance trending toward a more northerly direction which means significant impacts along the North and South Carolina coastline.The eye of the storm is also clearer signifying a healthier system.

Maryland even gets into the impact mix Friday with high water on the Chesapeake Bay, strong winds, beach erosion, and heavy rain at the coast.These conditions will be confined mainly to Southern Maryland but could come as far north as Annapolis and Stevensville during the Friday time-frame.

Clouds continue to stream into the area overnight as the outflow of the storm marches north based upon it's shear overall size and onshore flow. This onshore flow will continue over the next two days before the front pushes the system offshore and high pressure noses in for the weekend.

With that said the large size of the storm means a larger wind field which will likely reach the Maryland beaches and lower Eastern Shore Thursday night into Friday. Tropical Storm Watches have now been expanded into the area (Dorchester, Wicomico, Somerset, Worcester,and St. Mary's counties) to accompany this threat of a widening storm.

Coastal Flood Advisories may also be needed as excess sloshing continues on the Chesapeake Bay out ahead of the storms and during the pass by Friday before the water levels drain back to normal over the weekend. Winds will go easterly to northeasterly behind the front then northerly as the storm passes by.

Once again the worst of the weather looks to be on Friday morning into the afternoon as the storm passes by. Clouds though will increase across the area Thursday with a few spotty showers especially south of Baltimore. Steadier rain will pick up during the overnight in southern Maryland and at the beaches along with those gusty winds. With the wind will come the surge creating the coastal flooding concerns along with modest beach erosion.

Hurricane Dorian is now a Category 3 with winds at 115 mph. Track is close to Charleston, sc with a potential landfall in Cape Hatteras, NC

Highest winds in Ocean City on Friday at 40-60 mph on the gusts with storm surge around 1-2 ft.

If your planning for rain in Baltimore plan for it on Friday. This will also be the coolest day of the week with highs in the upper 60s and low 70s. The storm gets out of here just in time for the weekend ahead with the sunshine returning and highs around 80 degrees. For those living at the coast keep it tuned to the forecast which looks to change over the next 24 hours ahead.