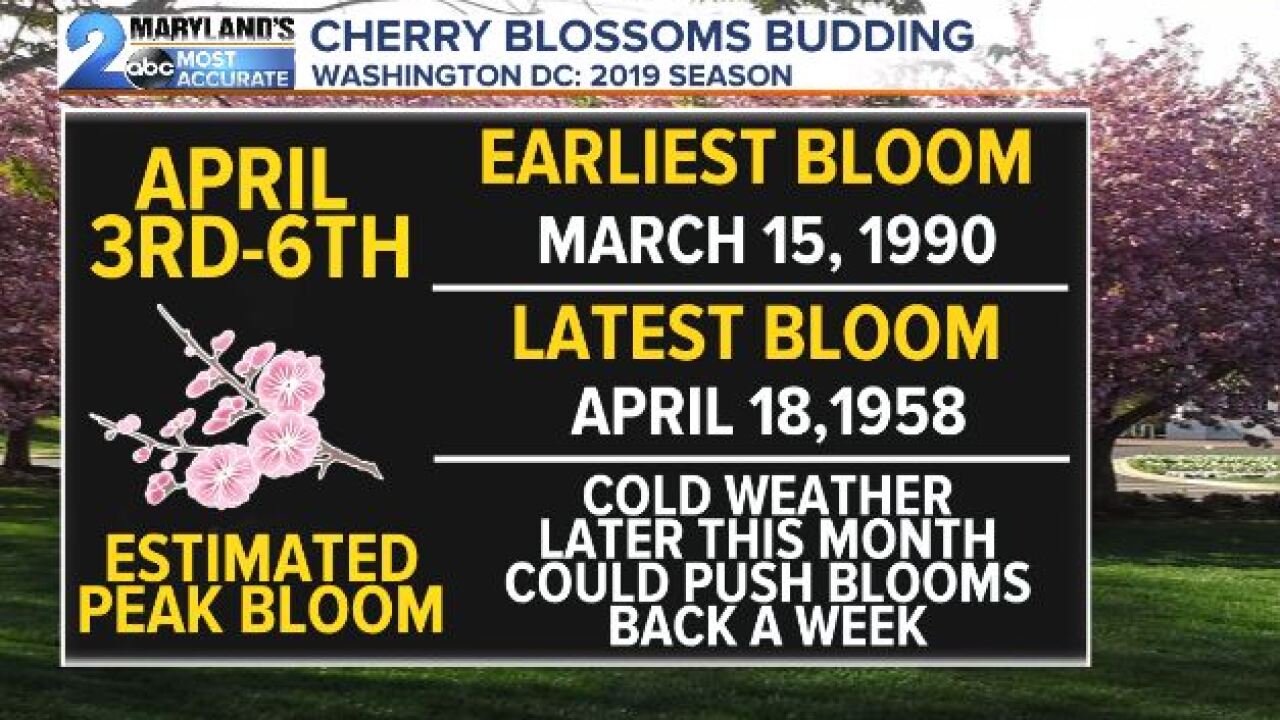 BALTIMORE — We may be 14 days out from Spring but the signs of the seasonal shift are near. The "Cherry Blossoms" in Washington DC have started to bud which means the peak bloom along the grand National Mall is not too far off. This year's buds are about a week later than last year where the actual peak bloom occurred on March 25th.

So your probably asking yourself what is peak bloom? Well peak bloom, according to the National Park Service, is defined as when 70% of a Yoshino Cherry tree's blossoms are open. Extreme warmth like last year can cause an early bloom, where as extreme cold similar to this year's pattern can delay that bloom until April.

Despite the chill the National Mall National Park Service released their "cherry blossom outlook" earlier Wednesday morning (March 6., 2019). The outlook suggest a bloom between April 3rd and 6th which could be held off by a week pending any cold snaps to end out March.

You can check out these annual blooms along with many other festivities from the first day of Spring to April 14th at the "National Cherry Blossom Festival" on the National Mall in Washington DC. Don't forget the camera!!!