Calm stretch into the weekend before major weather shift 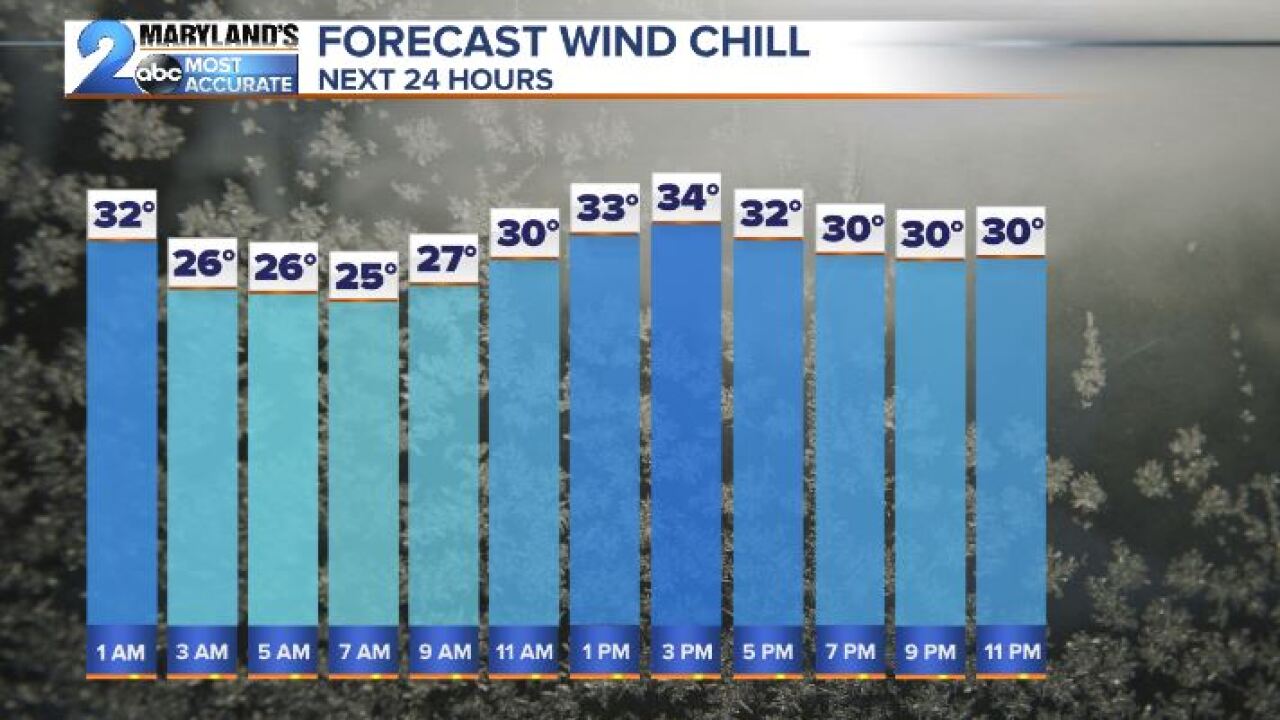 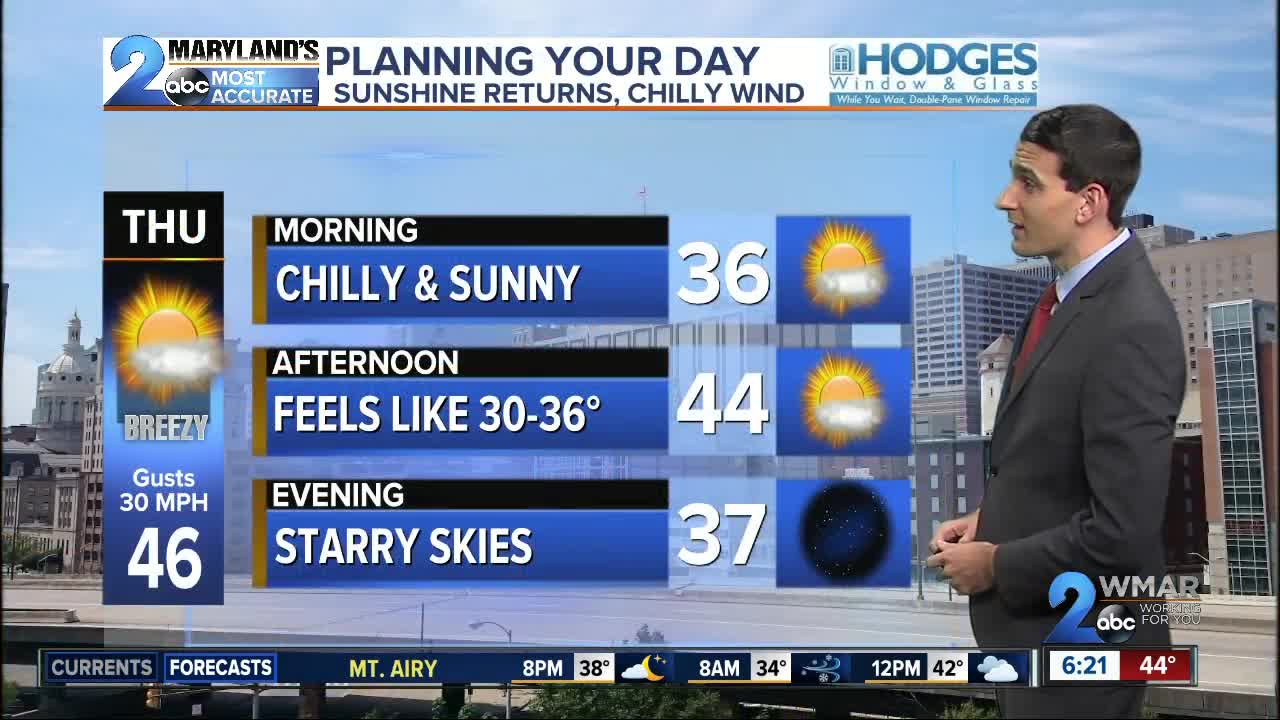 A nice dusting of snow north and west of the city today as our system over performed. Those who lived in Carroll, northern Baltimore, northern Montgomery, and Harford counties picked up a trace to almost 2" of snow. Most of that snow though melted fairly quickly though as high temperatures surged back toward 50 degrees even under cloudy skies above. This may actually be our last chance of snow until the middle and end of the month despite a few residual snow showers dying out into the wee hours of Thursday morning.

Thursday brings on a return of the sunshine and some windy conditions. High temperatures will be in the mid to upper 40s with wind chills in the 30s thanks to winds gusting around 30-40 mph. Travel may be a bit tough through the Western Maryland mountains and along the Pennsylvania Turnpike where snow accumulates during the early morning hours of Thursday. Winter Weather Advisories remain in place until 9am for Garrett Co. Maryland and Somerset Co. PA as an additional 1-4" of snow is expected.

Winds will relax a bit Thursday night which is great news for the 48th Annual Monument Lighting in Mount Vernon. Light jackets will be needed though as temperatures fall back into the 30s around 5pm when the festivities kickoff. Cloudy skies will prevail once again with one or two showers expected during the afternoon hours.

This next piece of energy will bring down additional chilly air to start the weekend ahead. Highs by Saturday will be in the upper 30s and low 40s with winds around 10-15 mph giving us wind chills in the 20s. Sunday we rebound a bit with highs around 50 as clouds start to move back in late out ahead of some warmer air.

Monday and Tuesday bring temperatures near 60 degrees along with some additional rainfall. We a nearly a 0.25" above average for rain for December and only 5 days into the month. Definitely a far cry from the 16th driest November on record in Baltimore one month ago. Rain will be heavy at times late Monday and Tuesday as another powerful front rolls our way.