Another October snowstorm in the northern Plains and Rockies

Blizzard conditions with 1-3 feet of snow and... 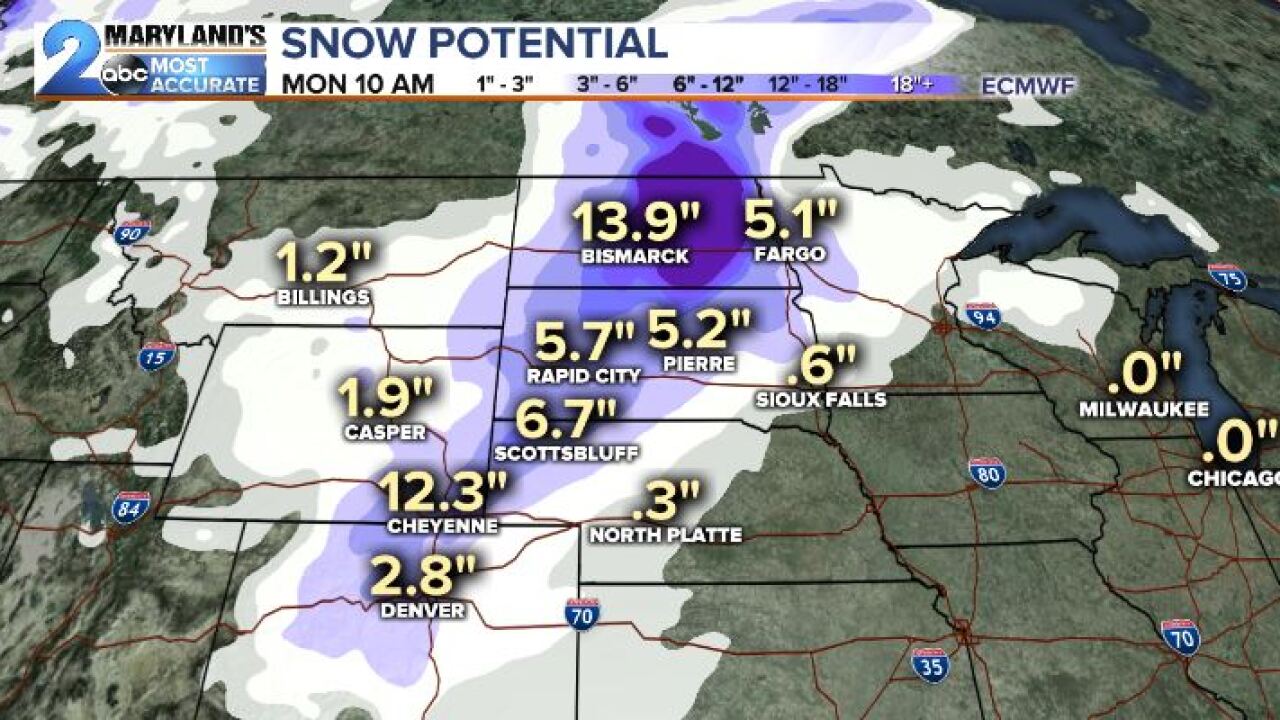 A little sweater weather today here in Baltimore and through much of the Mid-Atlantic, while the northern Plains and Rockies face an incoming blizzard. Yes the calendar may say October but west of the Mississippi in particularly in Wyoming, Montana, Nebraska, Colorado, and the Dakotas wintertime will prevail. Our second October snowstorm looks to roll from now into the weekend with blizzard conditions, 50 degree temperatures drops, and 1-2 feet of snow for some neighborhoods making for quite a historical event.

An excellent example of these impacts would be in Denver Colorado. High temperatures topped out at 80 degrees this afternoon with Winter Weather Advisories posted for 1-3" of snow later this week. A high of 80 degrees today turns into a high temperature in the teens and 20s Thursday with wind chills dipping well into the single digits. Crazy to think we can flip the switch from Summer to Fall and over to Winter just like that. It is October after all a month of transition so snow is not off limits.

Speaking of snow it was about a week or so ago we were talking over 4 feet of snow burying portions of Montana and now this week it's 1-2 feet of snow from Billings, MT back to Bismarck, ND and Rapid City, SD. The heaviest snow looks to occur between now and Friday with lower totals in the Colorado Rockies and western plateaus of Nebraska. Blizzard conditions are also likely with winds of 60 to 70 mph creating whiteout conditions along the I-90 and I-94 corridor. With the wind and heavy weight of early season snow big power outages are likely along with impassable travel conditions.

Low pressure looks to hang around well into the weekend keeping the cold locked to our west with seasonable and sunny conditions here in Maryland. We will see a weak cold front from this storm system late Saturday into Sunday dropping a couple of shower but overall not enough to cure our drought. The front is in and out quickly making a great Sunday for football at M&T Bank Stadium when the Ravens take on the Bengals with highs around 70 degrees.