Another heat wave this weekend ahead 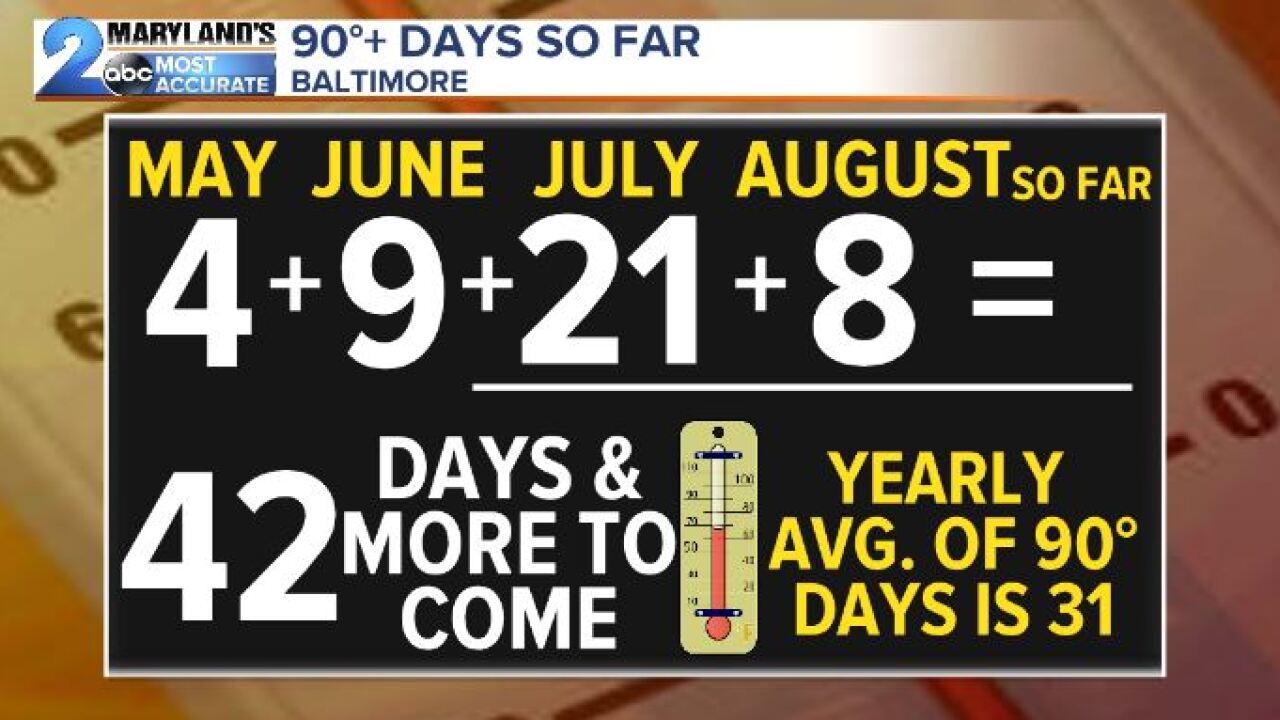 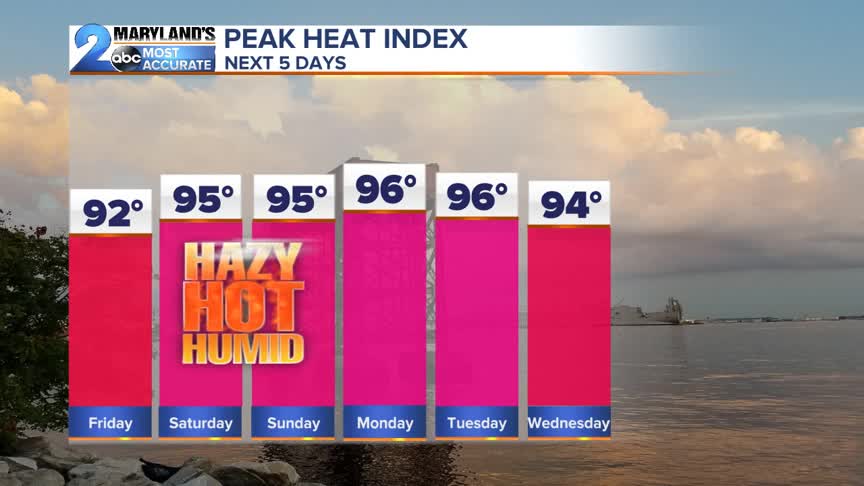 We have already seen 42 days of 90 degrees or better this year in Baltimore with many more to come before Summer is out. The most 90 degree days all time is 59 days which actually occurred 9 years ago in 2010. Over the last 5 years the 2016 Summer season comes the closest with 48 days of 90 degrees or more.

Guess what there is still plenty of Summer to go with 38 days until Fall officially arrives. As the jet-stream sits locked up the north and high pressure takes over off the coast and in the Mid-South heat will be allowed to funnel in. This simply means more 90 degree days and days that feel like 100 degrees thanks to impressive humidity.

Our weekend will feature high temps in the low to mid 90s with feel like numbers around 95-100 degrees. Down in Ocean City, Maryland and out toward Deep Creek temperatures look to be a smidgen cooler with highs in the mid 80s. Everyone will see plenty of oppressive humidity so definitely a weekend to find somewhere to stay cool.

A pop up shower or storm cannot be ruled out both days but conditions look relatively dry as high pressure starts to take control. Chances cannot be ruled out though as weak low pressure travels to our north and moisture continues to pump in from our south. That moisture will actually come from a potential tropical system that will be rolling out of northern Florida northeastward in the coming days ahead. The development though looks low at this time but definitely something to watch as we get closer to peak hurricane season.

Next week brings renewed chances for widespread storms as the tropical moisture to our south and an incoming front from the west surge into the area. This front will bring us much needed relief late next week as the pattern starts to flip and jet-stream buckles. The relief may not last long though as another round of heat could quickly follow as we start to head into the tail end of Summer.