Another chance of rain and snow Wednesday morning 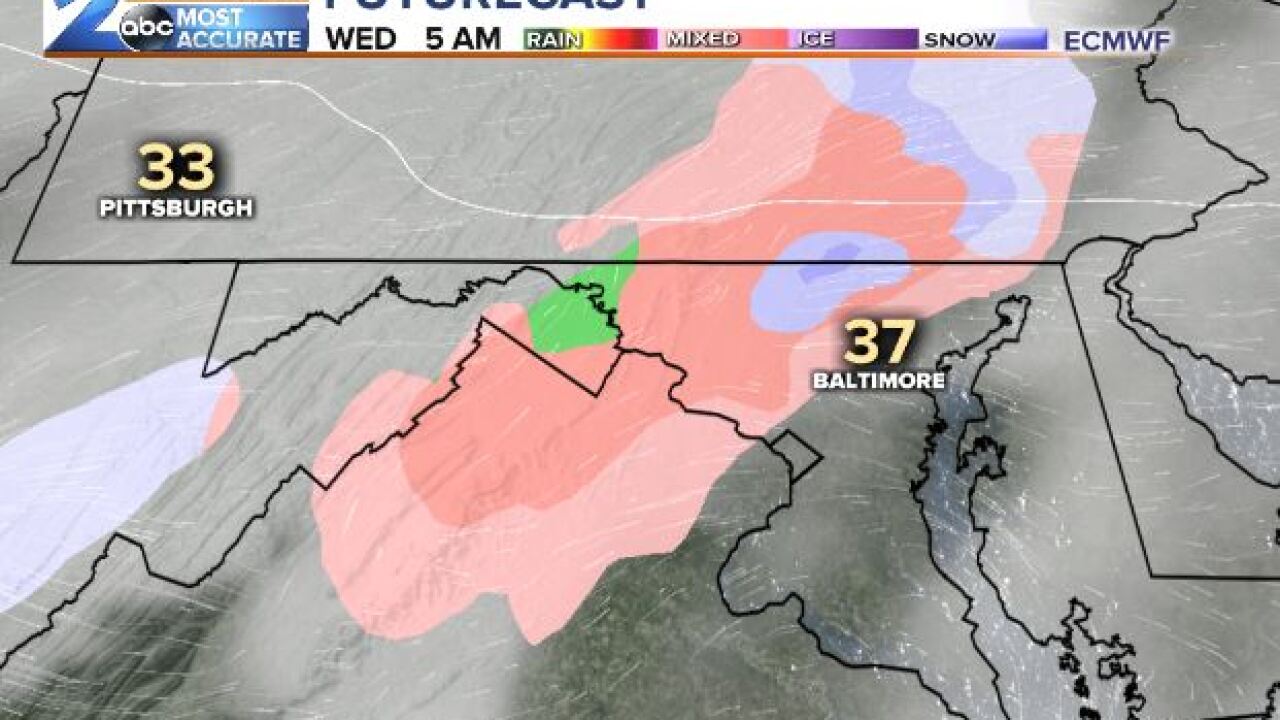 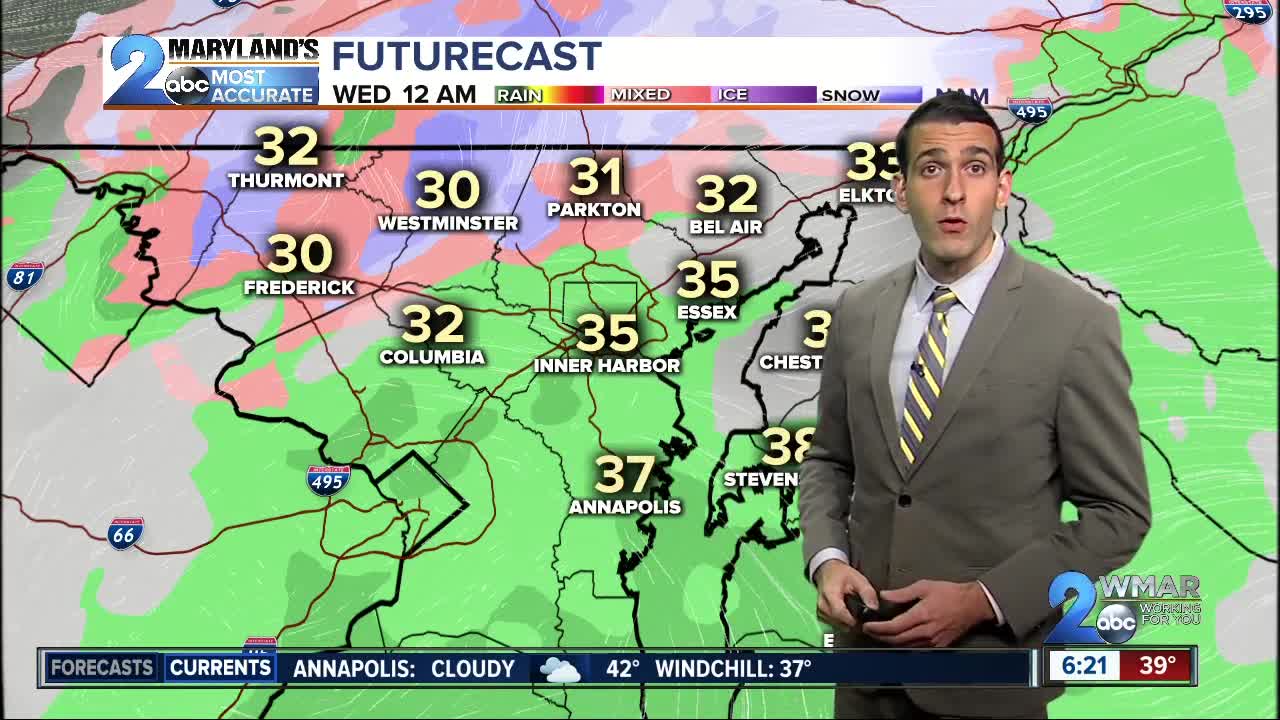 We really dodged a big winter storm here in Maryland as most of the snow stayed well to our north across northern Pennsylvania and upstate New York. A few snow showers will continue to pinwheel around the coastal low tonight with little to no accumulation expected. Areas along MD 272/273 through Harford and Cecil Counties will see the bulk of the snow action as well as sections of the northern Eastern Shore. Once again accumulation will be on those grassy surfaces with pavement remaining relatively wet.

Breezy conditions kick in Tuesday with winds gusting out of the northwest at 10-20 mph and gusts close to 30 mph as our coastal low takes off toward Maine. Wind chills early Tuesday morning will be in the teens and 20s so have those layers ready to go. Sunshine returns pushing temps into the low to mid 40s before clouds increase Tuesday night as another shortwave piece of energy rolls on through.

Our next energy push will bring a renewed chance for rain and snow showers early Wednesday morning. This could become problematic since these rain and snow showers look to arrive during the early morning commute. Once again little to no accumulation is expected as temperatures are expected to be at or above freezing. A quick cool-down Thursday with highs in the 40s before warming toward 50 degrees with a stray shower as another weak piece of energy rolls through.

Right now the weekend is looking good. Saturday chillier than Sunday with highs in the upper 30s and low 40s. The rebound happens Sunday with temperatures near 50 degrees before the thermometer heads for 60 degrees early next week.