A scorching and stormy Thursday before major relief 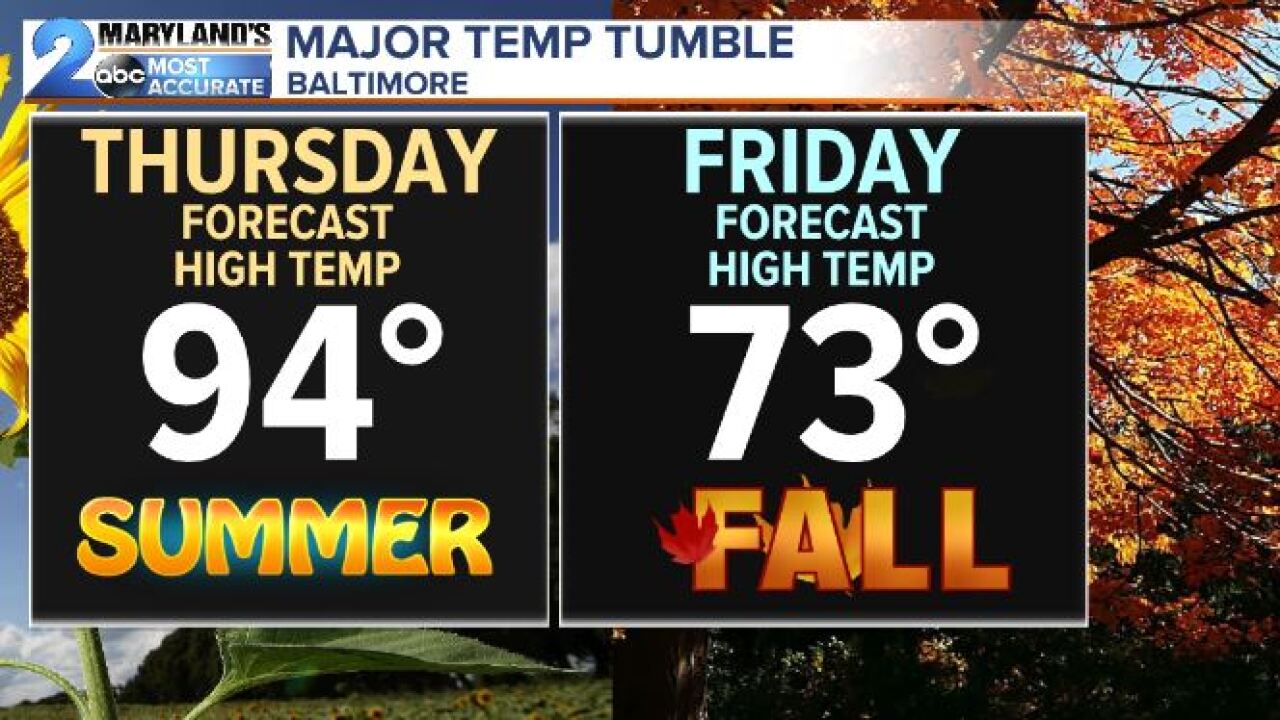 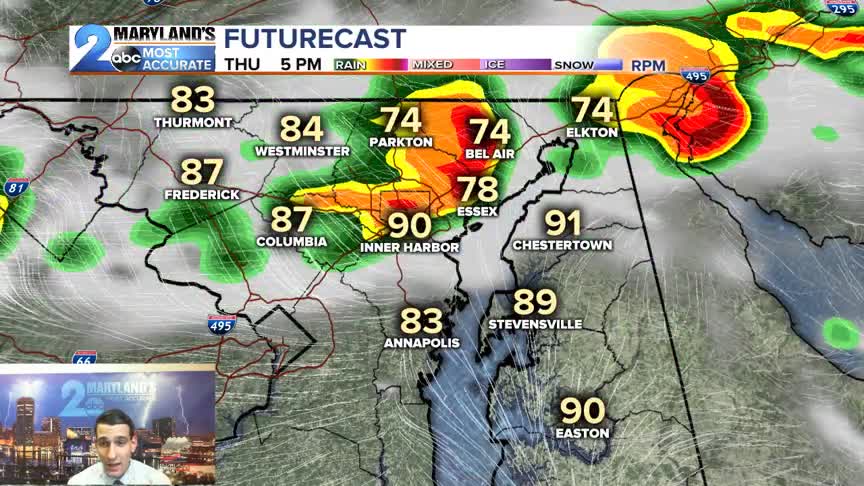 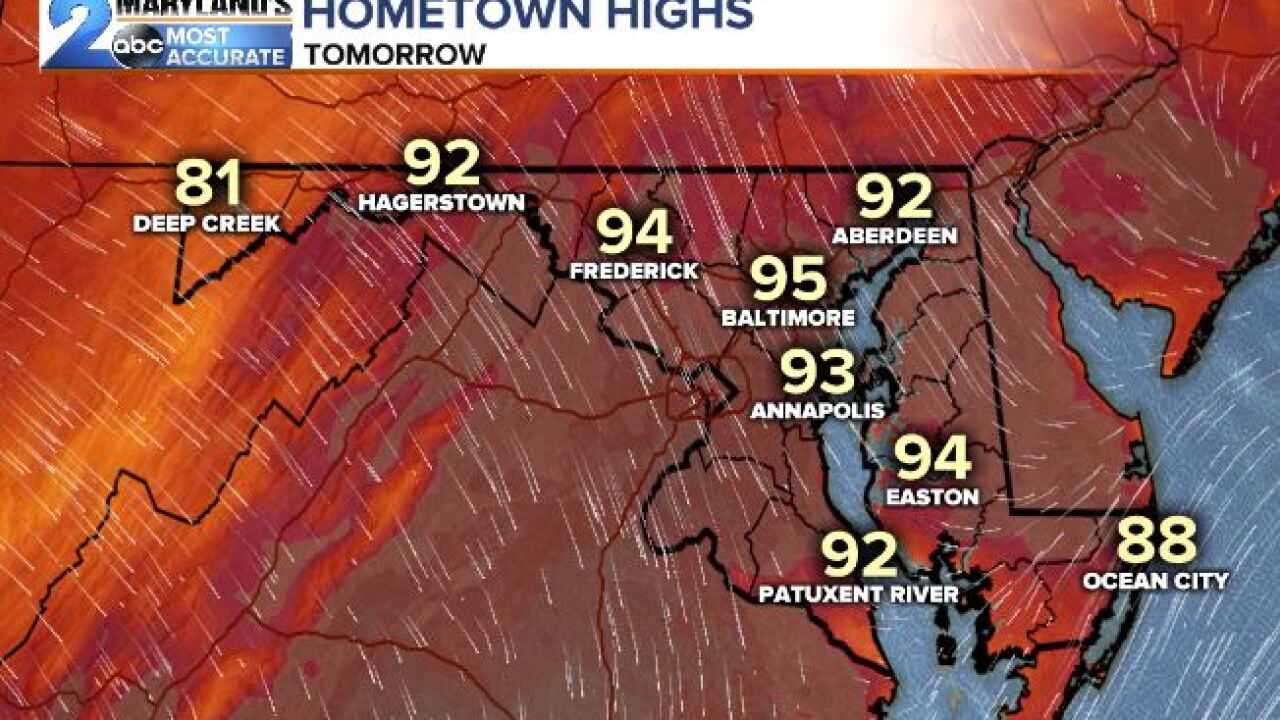 Autumn is less than 12 days away but Summer just won't let go. The high today down at BWI Thurgood Marshall was 98 degrees which was 2 degrees from the record of 100 degrees back in 1983. Thursday temperatures will be quite similar with highs a few degrees cooler in the low to mid 90s as more cloud cover and a front slides in from the north.

If you add the humidity into the mix it will feel more like 95-100 degrees. So once again it will be another day to limit strenuous activity outdoors along with drinking plenty of water. The heat has also forced the closure of some schools around the Baltimore metro which you can at the link here.

A cool-down is coming though with scattered strong storms Thursday than a cold front with additional showers Friday. Strong storms are expected between 3-8pm Thursday with a Marginal Risk of severe weather in place from Baltimore points north. Storms will pack a punch with isolated damaging winds and small hail.

The activity will die out as winds switch back to the east with cloud cover and intermittent shower activity throughout the day Friday. High temps take a 15-20 degree dive from the 90s Thursday into the 60s and 70s Friday.

Showers will continue into Saturday but should be less widespread as highs climb into the 80s. Even hotter and drier conditions Sunday as the Ravens kickoff their home opener with highs near 90 degrees.

Make sure you have the WMAR2News app downloaded, should any watches or warnings be issued for your neighborhood.