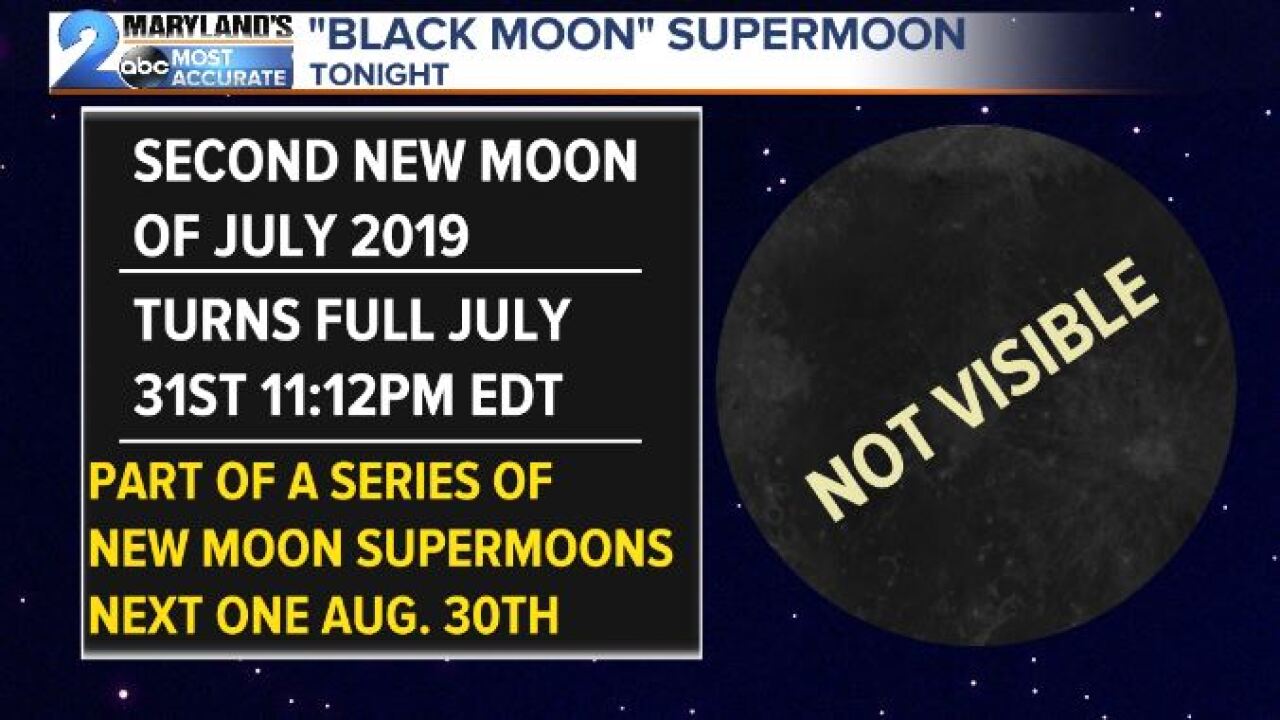 BALTIMORE — Hey did you know that we have a "Black Moon Supermoon" that looks to fill the skies tonight? Well what's that you may ask. Of course we always talk about blood moons, blue moons, and super-moons but this is totally different. Those moons are in their full stage while this moon is in the new phase which is totally opposite.

The"Black Moon" is actually pretty rare. The last one occurred about 3 years ago in 2016. It is the second new moon of the month and coincides with an upcoming Leap Year. According to Earth Sky Science sometimes every 32 months or so we happen to get two full moons and two new moons. The second full moon of course is known as the blue moon while the second new moon is called the black moon.

Realistically a black moon is just a new moon. The reason why it's so rare and significant is because it's the second one within the month. A black moon can also signify reference to a month where there are no new moon which is totally possible in February since it's our shortest month.

Unfortunately even under perfect conditions you will not see this moon because it will blend in with the starry skies above. With all that said it's still a pretty cool space event to be apart of. The next black moon arrives August 30th followed up by September 28th. Happy viewing well at least the plentiful stars above.