A HOT'OBER start before the big FALL 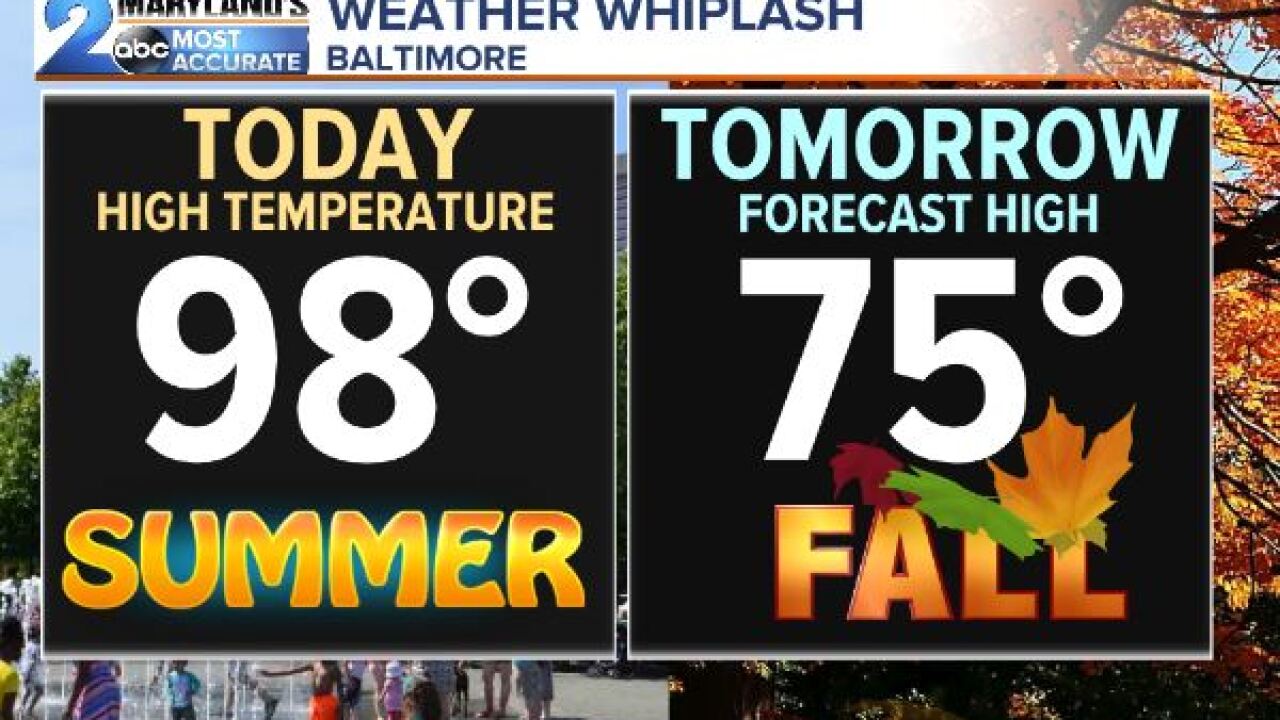 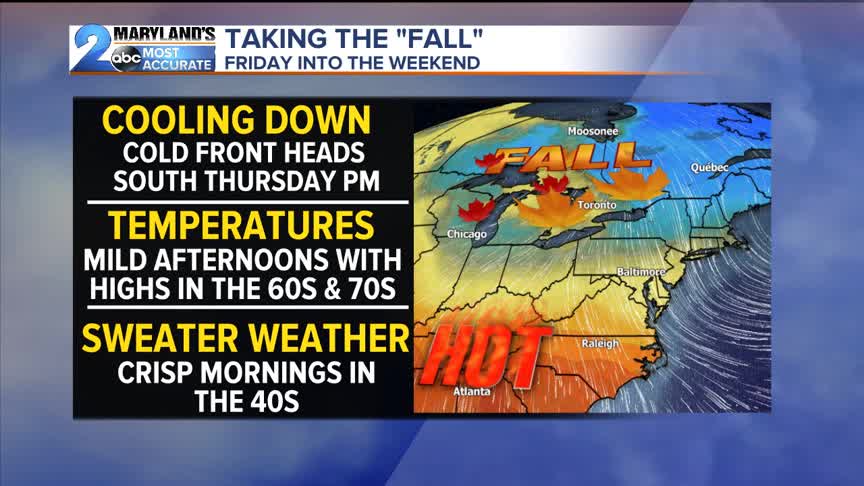 The October blow torch continues to scorch the area with an all time record high of 98 degrees set in Baltimore today. This beats a 78 year old record of 97 degrees from October 5th, 1941. We also broke the daily record of 89 degrees from 1986.

With today's record heat we now have 2 consecutive 90 degree days in the book to start off October giving us the sense that Summer just doesn't want to end. The last time we hit 90 degrees in Baltimore was back in 2007 so it's been a little while coming.

Strong high pressure has taken over much of the eastern U.s making for record breaking heat not only here in Baltimore but in such places as New York City, Washington DC, Nashville, Huntsville, Atlanta, and Cincinnati. Definitely a day to head to the pool and beach but even here temperatures were at or above 90 degrees.

Changes are coming and an imminent "Fall" back to reality should arrive soon. Thursday will be a day of transition as temperatures fall 20-25 degrees with cloudy skies and even a few showers. The rain won't be enough to quell the draft but the cool-down is welcomed as Autumn has been limited so far this year.

Even cooler conditions are expected Friday and into the weekend. Breezy conditions will set up behind the front with gusts 20-30 mph out of the northwest draining in the cool Canadian air. High temps on Friday around 70 degrees with overnight lows dipping into the 40s. Winds let up Saturday as the high sits overhead but with that said temperatures only make it into the mid 60s after a cool start. Humidity levels also drop off making for superb sleeping conditions.

Clouds will be on the increase once again Sunday as another storm system rolls our way. Highs will be back close to 80 degrees with showers developing over the mountains of Maryland. This will actually be our second cold front of the week and should provide us a better chance for rain that may cut into the drought early next week.

Our first widespread rain event in more than a month is expected to kick off mid Monday and last through the day Tuesday. Rain amounts are hard to pinpoint at this time but anything will be welcomed especially for the farmers with the important Fall harvest underway.