A Chance To See The "Northern Lights" 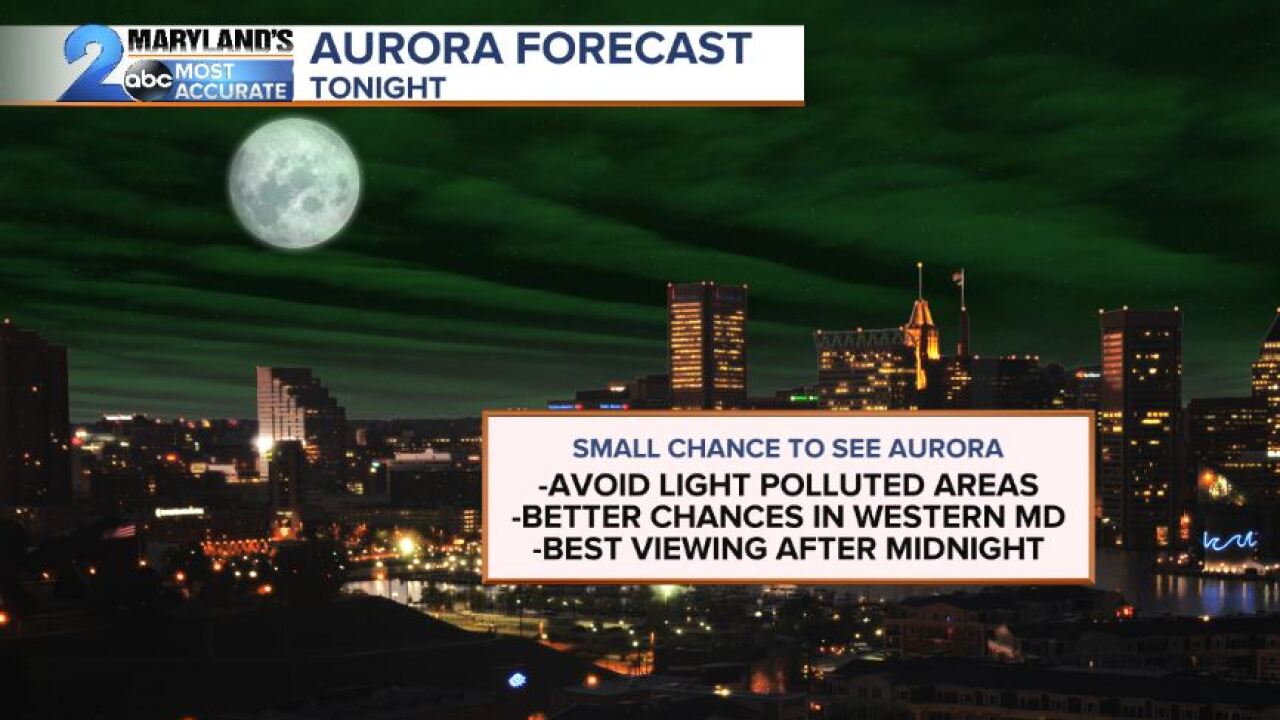 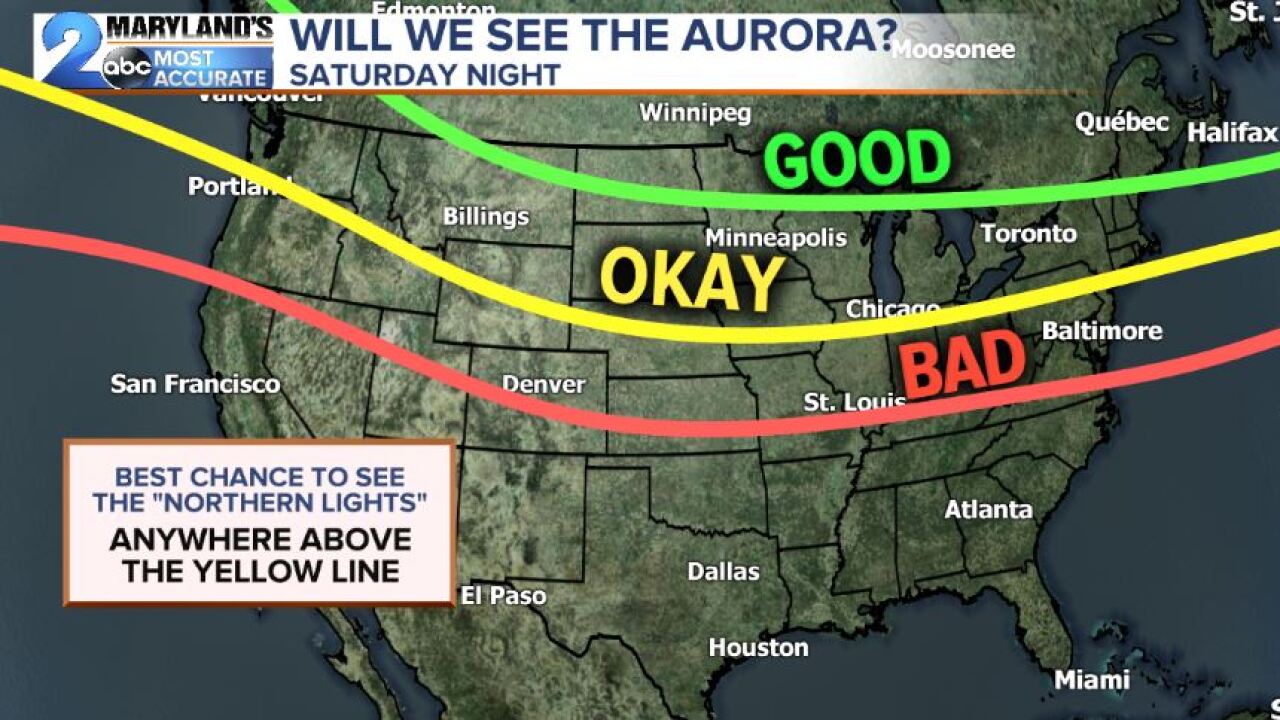 BALTIMORE — Many areas of North America including right here in Baltimore have a chance to see the Aurora Borealis. The "Northern Lights" will take the stage as a result of a solar flare that will enhance a geomagnetic storm within Earth's natural magnetic field.

This solar flare, like so many that strike Earth on a daily basis, is simply a wave of charged particles from the sun that bends around Earth's magnetic field to supercharge the aurora. Sometimes the flare not only bends but slams the magnetic north and south poles pushing the beautiful views of the "Northern Lights" further south. Just like the sun the aurora can be viewed in the eastern sky first followed by the western sky. Avoid light polluted areas and try to aim for a viewing time after midnight

According the Space Weather Prediction Center, this storm looks to be of moderate strength coming in at a G2 out of 5 levels of criteria. Since the storm is of moderate strength the likelihood for seeing the Aurora in our neighborhood is slim. If you head north though into New England and the Upper Great Lakes as well as the Rockies the chances become higher to see this event.

You can find more information on auroras at the Space Weather Prediction Center's website below.