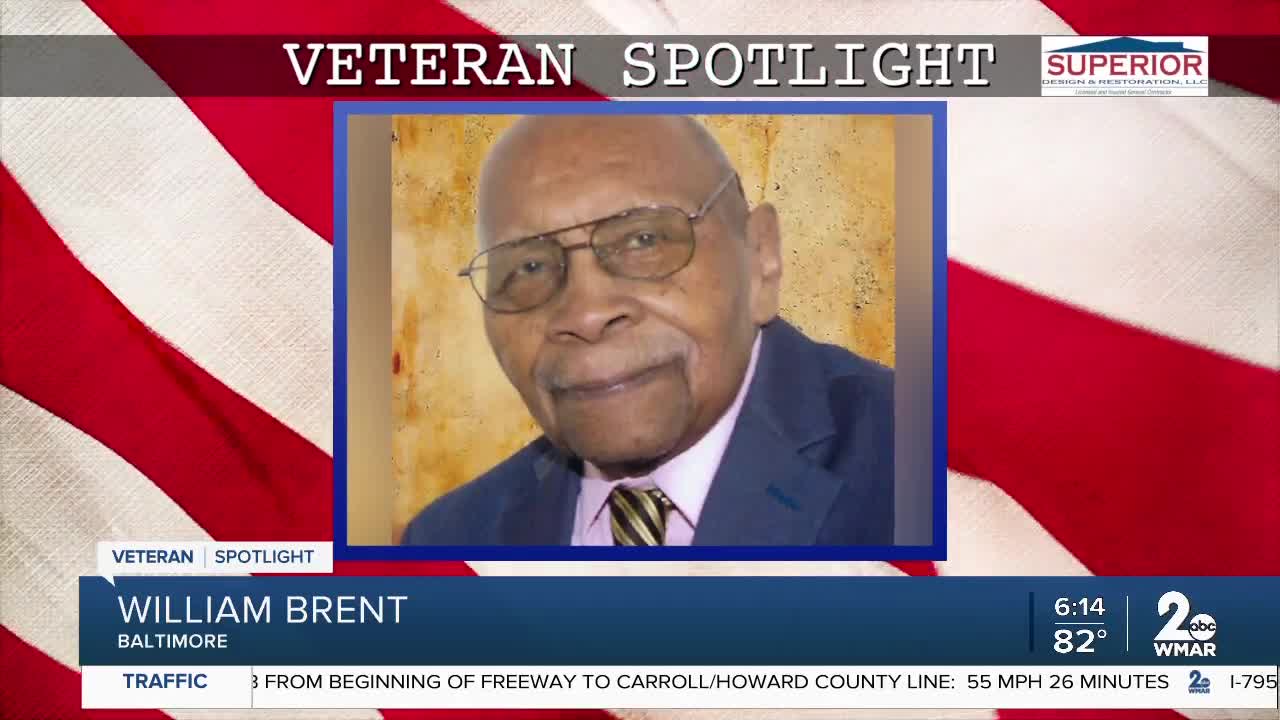 BALTIMORE — WMAR-2 News is committed to improving the lives of Veterans in Maryland by shining a light on their stories, struggles and triumphs. Every week a local veteran will be featured in our Veteran Spotlight contest.

This week we are honoring William Brent of Baltimore, who enlisted in the United States Army shortly after graduating from Frederick Douglass High School.

Brent served during World War II and went on to receive a bachelors degree from Morgan State University, where he ran track and was a trainer of the football team.

After college, Brent began what would be a 37-year career in government service. He worked at the U.S. Department of the Army at the Army Chemical Center, Fort Holabird, Army Intelligence Corps and, ultimately, retired as a Sports Director at Fort Meade.

Brent has also given back so much to the community. He served on the city's first civilian review board for 15 years and is a longtime member of St. Johns AME. In 2017, he was named the Meals on Wheels of Central Maryland Volunteer of the Year.

He celebrated his 96th birthday last week, so we'd like to wish him a happy belated birthday. Thank you for your service to our country and your dedication to Baltimore.