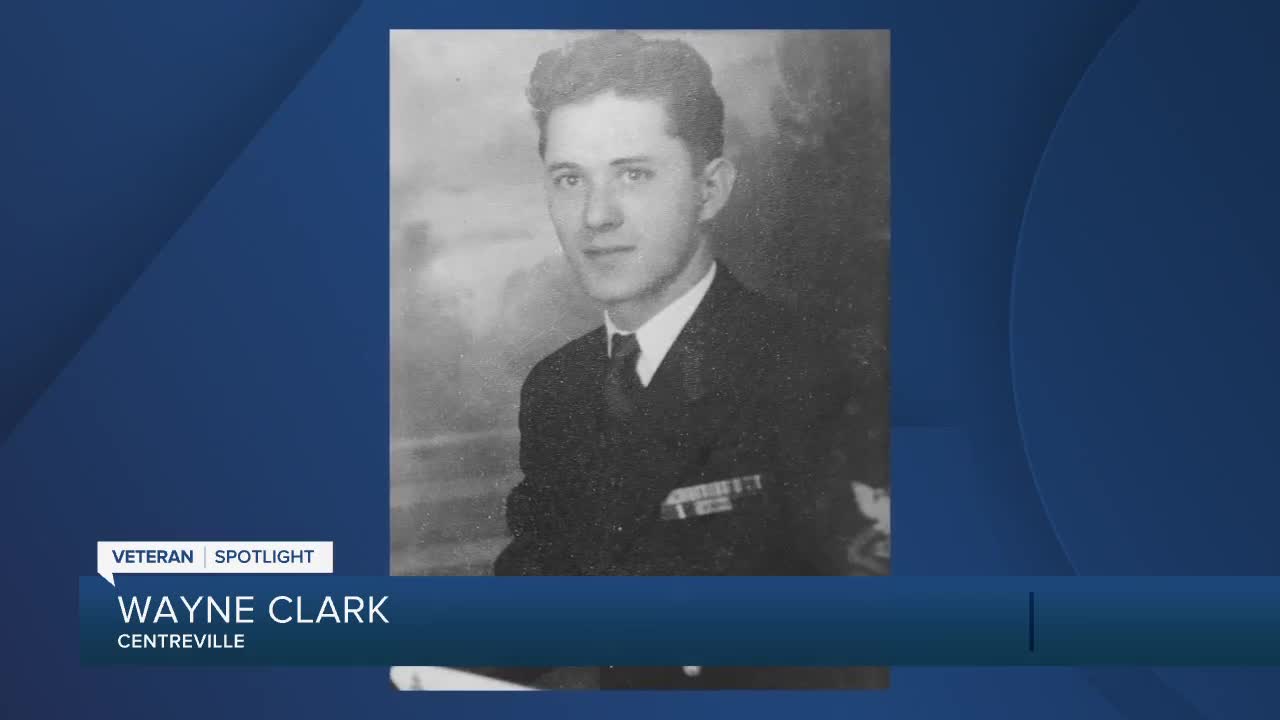 CENTREVILLE, Md. — WMAR-2 News is committed to improving the lives of Veterans in Maryland by shining a light on their stories, struggles and triumphs. Every week a local veteran will be featured in our Veteran Spotlight contest.

This week we are honoring Wayne Clark of Centreville. Clark is a World War II veteran who served in the United States Navy for twenty years as a Chief Petty Officer and Radioman.

He was aboard the USS Herbert and was at the Battle of Iwo Jima. Clark received a Commendation Medal for his role in the Congo Crisis. After the military, he worked for the NSA.

He was married to his beloved wife, Margaret, for 69 years and is a proud father and pop pop. He loves spending time with his family and will celebrate his 100th birthday this year.

Thank you for your service and dedication to our country.