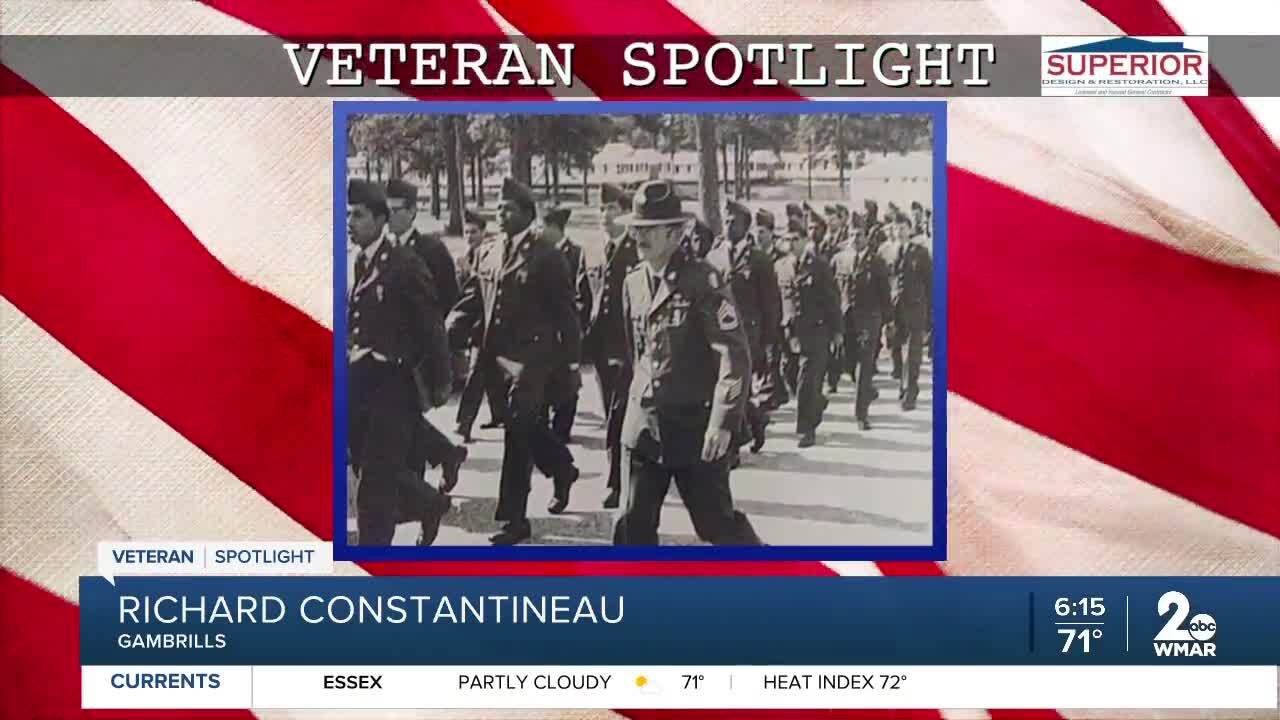 GAMBRILLS, Md. — WMAR-2 News is committed to improving the lives of Veterans in Maryland by shining a light on their stories, struggles and triumphs. Every week a local veteran will be featured in our Veteran Spotlight contest.

This week we would like to honor Richard Constantineau of Gambrills, who enlisted in the Army as just 17 years old and spent 29 years serving our country as an Operating Room Technician during the height of the Vietnam War.

Constantineau also held several positions as a non commissioned officer. He was a Drill Sergeant at Fort Jackson and retired as a Sergeant Major. His last assignment was Senior Advisor to the DC National Guard.

After the military, he became a history teacher at Golden Ring Middle School and organized a military leadership program for students.

He is loving husband to his wife, Marie, of almost fifty years and a proud father and grandfather of four children and nine grandchildren.