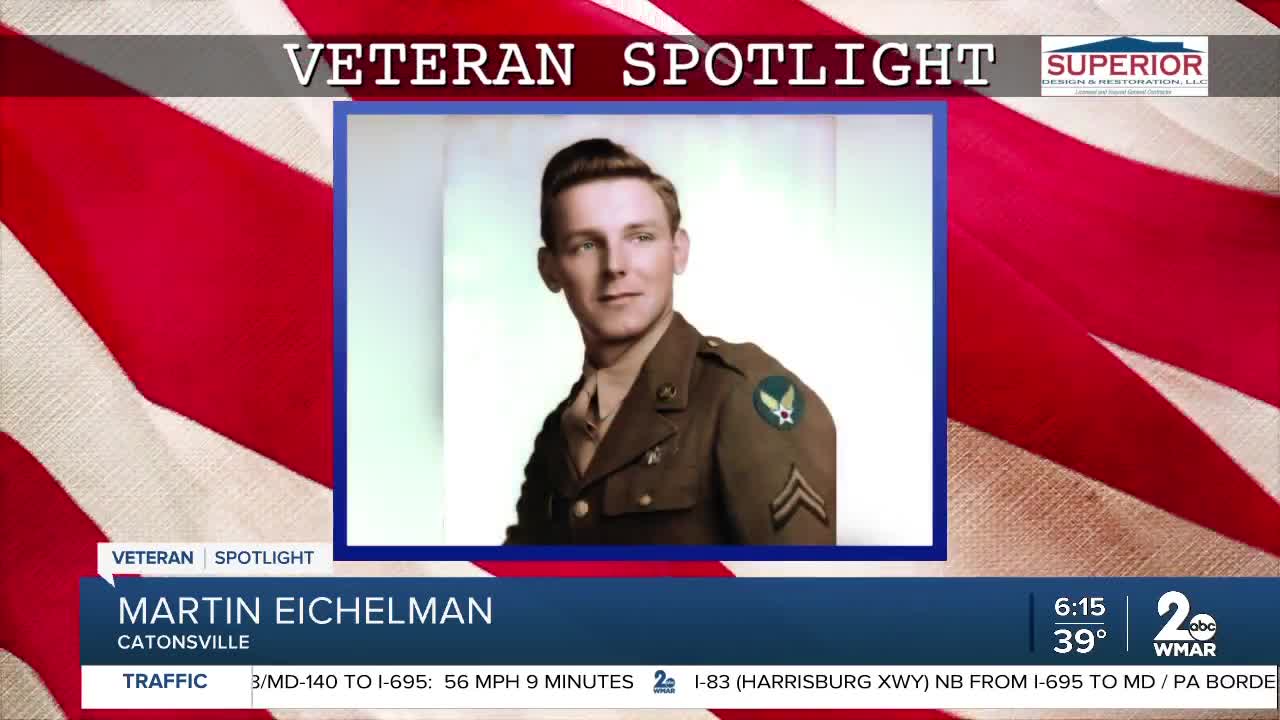 CATONSVILLE, Md. — WMAR-2 News is committed to improving the lives of Veterans in Maryland by giving light to their stories, struggles and triumphs. Every week a local veteran will be featured in our Veteran Spotlight contest.

This week we are honoring Martin Edward Eichelman of Catonsville, who is a World War II veteran that just turned 99 years old in September.

Eichelman served in the Army Air Forces in the Pacific Theater of Operations where he was a right gunner on b-29 bombers. He flew 35 combat missions and was awarded a distinguished flying cross.

After the Army Air Forces, Eichelman worked at Eichelman Brothers Used Auto Parts in Arbutus. He was very active in the Maryland Catholic War Veterans and enjoyed duckpin bowling. He also sang with the Saint Agnes Catholic Church choir for decades.

This January, Eichelman will celebrate his 70th wedding anniversary with his beloved wife, Mary Jeanne. They are the proud parents of three children and nine grandchildren. They also have 14 great-grandchildren and a great-great-granddaughter who's due this November.

It is a privilege to honor you in this week's veteran spotlight. Thank you for your service and dedication to our country.