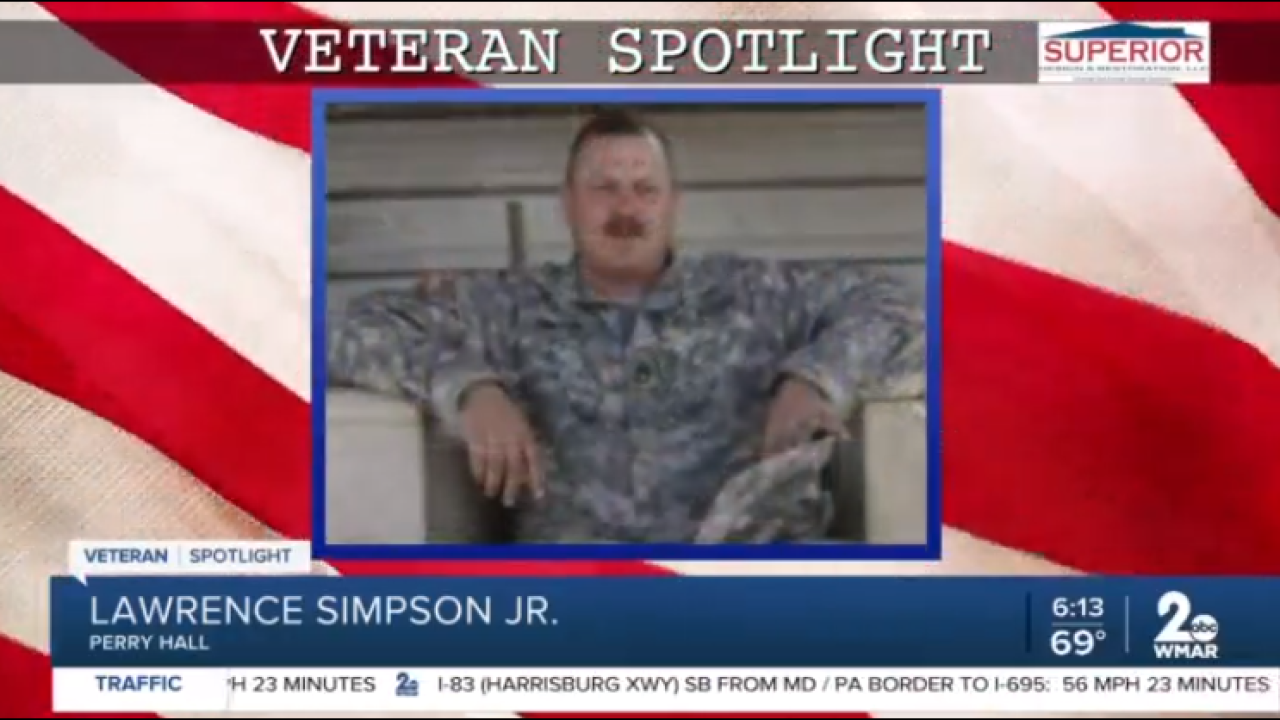 PERRY HALL, Md. — WMAR-2 News is committed to improving the lives of Veterans in Maryland by shining a light on their stories, struggles and triumphs. Every week a local veteran will be featured in our Veteran Spotlight contest.

This week's nominee is Lawrence Simpson, Jr. of Perry Hall. Simpson served in the United States Army for 26 years and retired as a Sergeant First Class. During his military career, he earned a bronze star in Operation Iraqi Freedom and is also the recipient of an Army Commendation Medal, a Meritorious Service Medal and an Army Achievement Medal.

Simpson currently works for the Maryland Military Department as a civilian and is a proud father of five and enjoys studying history.

He often visits memorials and monuments that honor veterans. In 2019, he traveled to France to attend the 75th anniversary of D-Day and the Battle of Normandy.