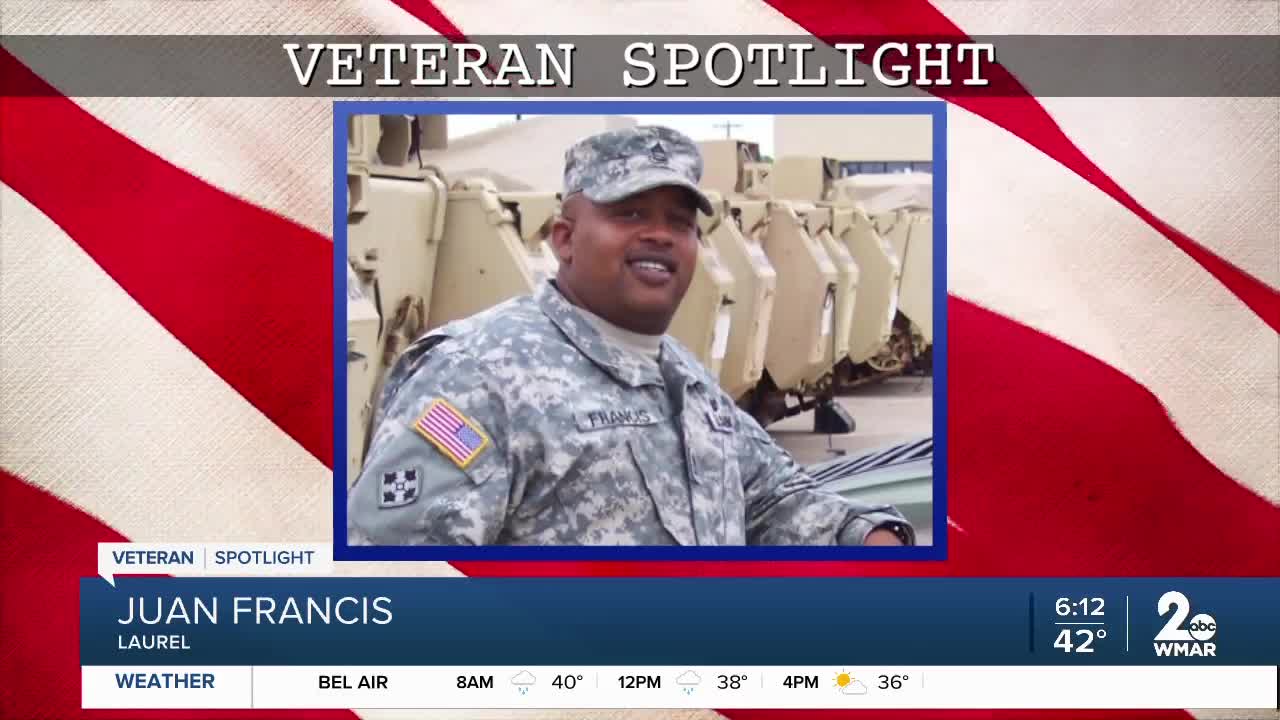 LAREL, Md. — WMAR-2 News is committed to improving the lives of Veterans in Maryland by giving light to their stories, struggles and triumphs. Every week a local veteran will be featured in our Veteran Spotlight contest.

This week we are honoring Juan Francis of Laurel, who spent 24 years in the United States Army where he served as a Squad Leader, Platoon Sergeant and Batallion Operation Sergeant. He also served overseas tours in Korea, Kuwait and Iraq.

He now works at l-2 Defense in Middle River, where he travels all over the world training soldiers.

He has also been married to his wife, Bernadette, for 31 years. Bernadette says her husband has the biggest heart and is always there to help others, especially his fellow soldiers.

Thank you for your service to our country.