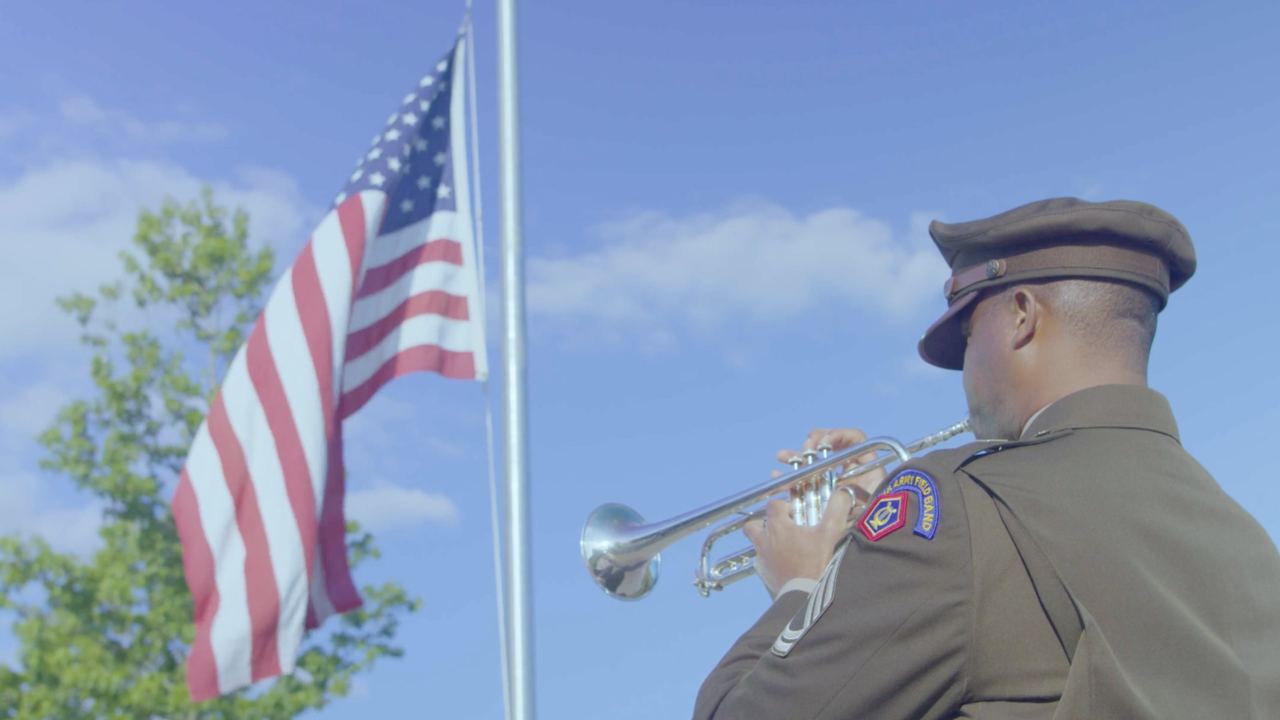 To honor the heroism of first responders and victims of the September 11 terrorist attacks, the United States Army Field Band filmed a "Taps" performance at the Flight 93 Memorial site in Shanksville, Pennsylvania.

Playing the taps in the video is Sgt. 1st Class Thomas Davis, out of Fort Meade, where the United States Army Field Band is based.

"It is important on the anniversary of September 11th, that we remember and honor those we lost on that day," said Colonel Jim Keene, Commander, The United States Army Field Band. "We hope that this moving tribute, filmed at the Flight 93 Memorial, serves as both a moment of reflection and a statement about the bravery, determination, and resilience of the American people."