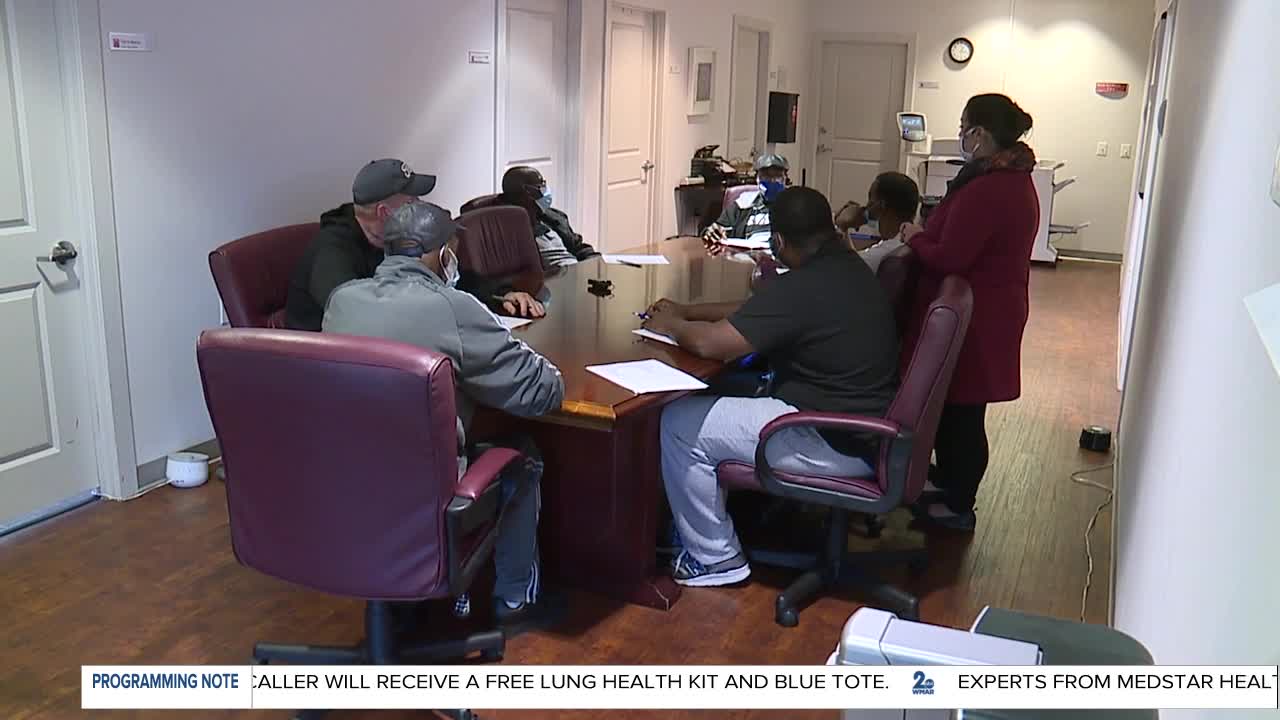 BALTIMORE — The Baltimore Station's goal is to turn lives around.

They help veterans dealing with homelessness and substance abuse.

During the pandemic, the program is struggling to find funding but still expanding to help the broader community.

We were invited to sit in on a group therapy session where veterans and other people struggling with addiction worked to grow.

“I appreciate you doing what you do for myself and the other veterans," One veteran who didn't want to share his name said. "Sometimes we have to be there for each other. It’s us that’s making this place work the way that it do.”

Veronica Scott Tucker or Ms. V as they call her is the Intensive Outpatient Program Manager.

She sees the people she helps as caterpillars.

“I was raised in a vet family," Neal said. "Most of my uncles and older peers that were males was from the Army. They wasn’t drug users themselves they were more drinkers than drug users. But hanging around their friends opened up my eyes to knowing something wasn’t right with them.”

His experience growing up with veterans and drug users on Pennsylvania Avenue lead him down the path to addiction.

The Baltimore Station connects him to vets in recovery so they can encourage each other as they start rebuilding their lives.

“I was feeling a lot of stuff and didn’t know how to express it or deal with it," Neal said. "They showed me how to take what I was feeling and put it into a word.”

Because of the pandemic they’ve had to get creative to stay afloat.

Kim Callari, the Director of Development and Communication said falf of their funding comes from the VA, but they have to raise about a quarter of it on their own.

“We’re used to doing a lot of things in person so we had to pivot and do things via zoom but we made it work," said Callari. "It’s just the dedication of the staff. Everybody just kind of dropped what they were doing and got together and it’s like okay what do we need to do to keep these men safe but also to keep them in the programs that they need.”

The pandemic put the organization in a bind financially.

Not being able to bring volunteers into the building is the biggest loss.

“Not only do they provide 50% of our food budget annually they will come in and serve our veterans, but than they’ll also sit down and have a meal with them and share conversations," Callari said.

Pre Covid, they were serving around 350 men a year.

Things have slowed down but they’ve been able to start getting referrals again.

“I’m really at the point of doing what I have to do to change my life around," said Neal.

Drugs may have had a grasp on their life —but inside these walls the heroes are loosening the grip of addiction, together.