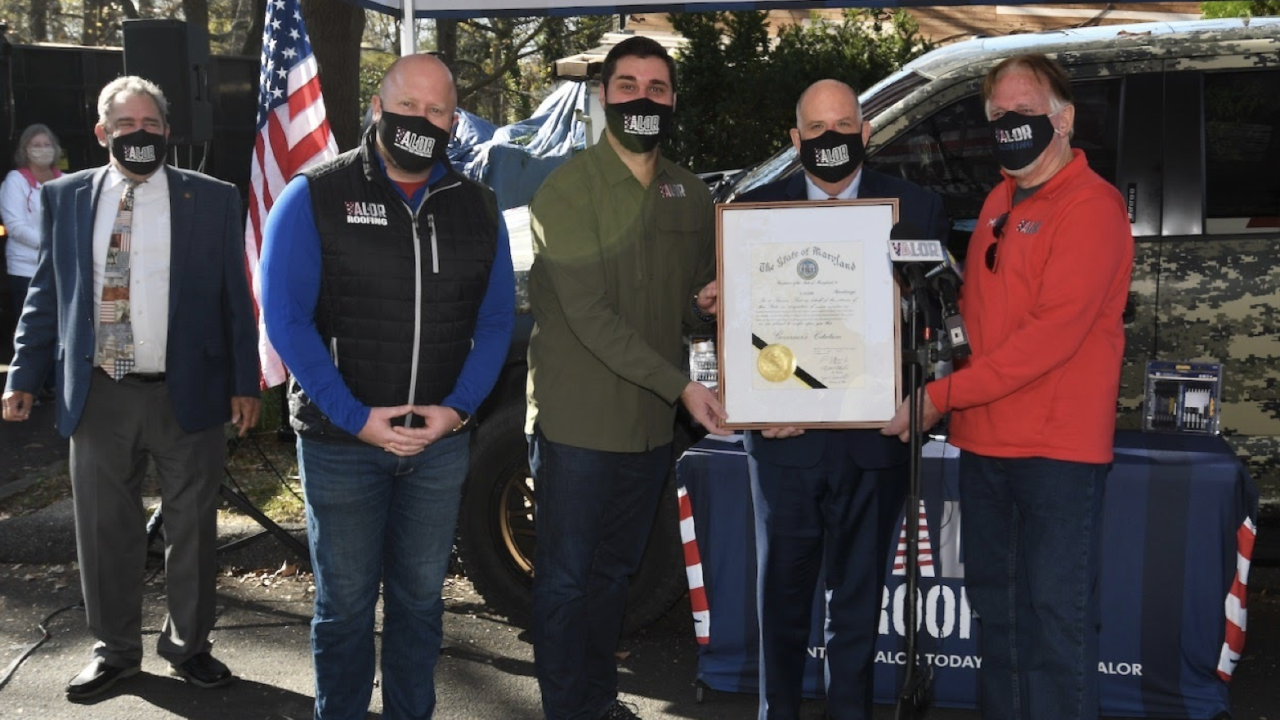 Office of the Governor
Governor Larry Hogan today honored local veterans and presented a citation to Valor Roofing in recognition of their “Raise a Roof for a Veteran” program. The governor was joined by Maryland Department of Veterans Affairs Secretary George Owings, Valor Roofing President and Vietnam veteran Al Kincaid, and his son Adam Kincaid, as they celebrated the donation of a new roof to Vietnam veteran George Welch. 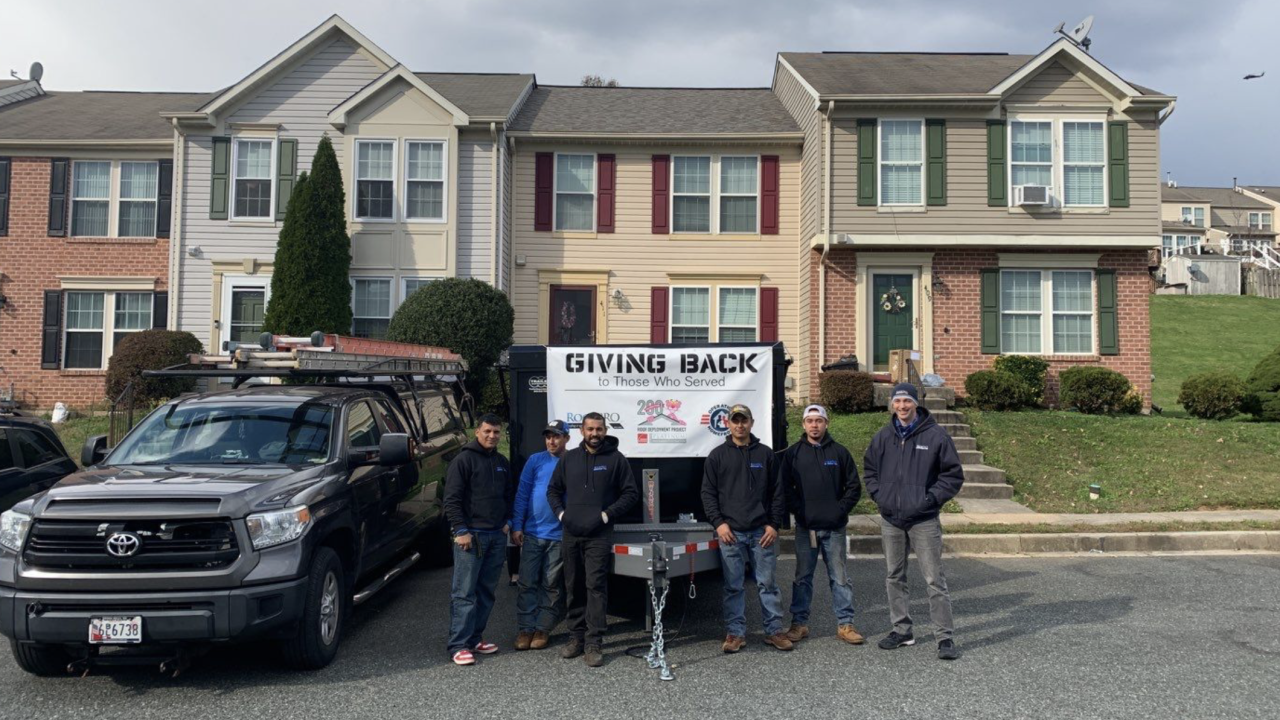 BALTIMORE — Two lucky veterans received a new roof this week, thanks to a couple local companies.

On Friday Maryland Governor Larry Hogan issued an honorary citation to Valor Roofing, in recognition of their “Raise a Roof for a Veteran” program.

The Lanham based company is owned by Vietnam veteran Al Kincaid and his son Adam.

Since 2017, the company has replaced the roof for 10 wounded or disabled veterans in need.

One of those veterans is George Welch. He joined Hogan and the Kincaids on Friday to celebrate.

When they aren't working on roofs, the Valor team volunteers their time and resources in finding employment for veterans.

Valor isn't the only company giving thanks.

The give-a-way was organized through the Owens Corning Roof Development Project in partnership with Operation Homefront.

Since its 2016 inception, more than 225 military members have received new roofs.