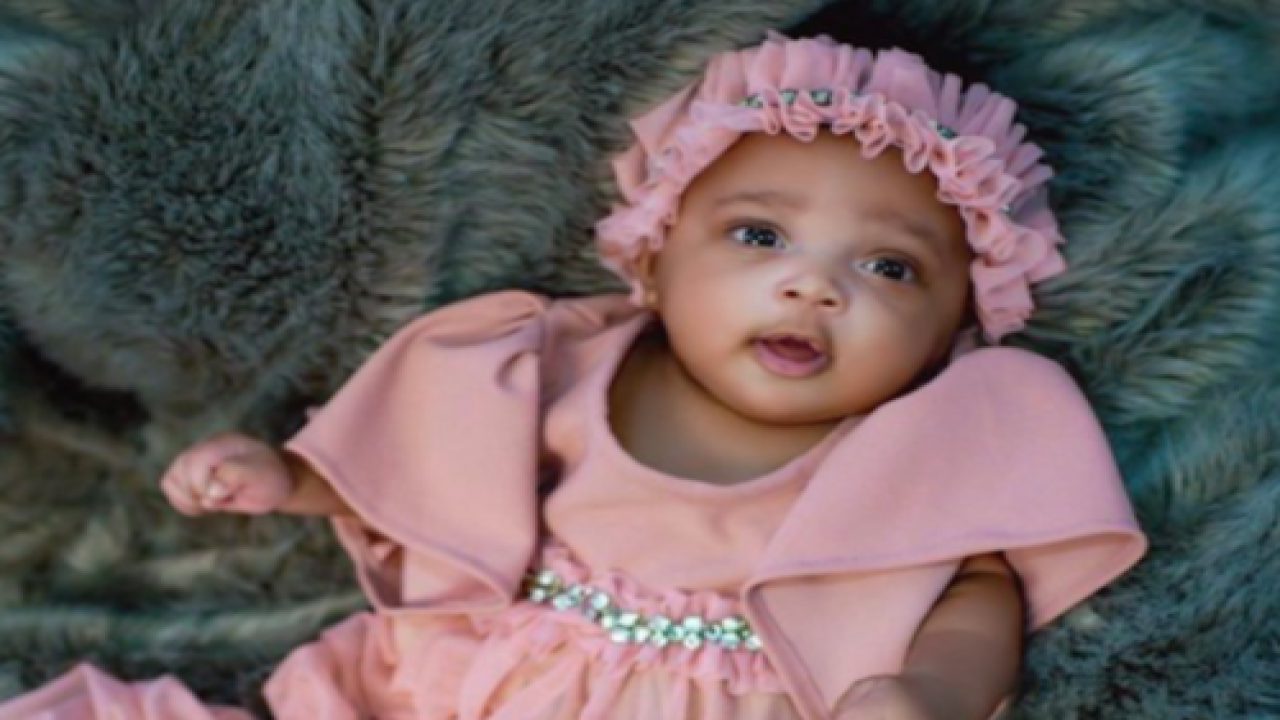 Eight-time Olympic gold medalist and former sprinter Usain Bolt has welcomed a daughter with his girlfriend, Kasi Bennett — and her name is, well, perfect.

Olympia Lightning Bolt has a certain ring to it, don’t you think?

Bolt shared the news of Olympia’s birth on Twitter on July 7, although he didn’t confirm when his daughter was actually born. Several news outlets reported her birth in late May.

“Olympia Lightning Bolt,” he captioned his tweet, alongside an adorable photo of the little one in a pink dress and matching hairband.

According to Nameberry, Olympia means “from Mount Olympus.” It’s the highest mountain in Greece and has been known as the home of Zeus and the major Greek gods since before the time of Homer. And of course, it is a nod to the Olympics, for obvious reasons. (FYI, Bolt is the only sprinter to win Olympic 100-meter dash and 200-meter dash titles at three consecutive Olympics — 2008, 2012 and 2016.)

Bolt isn’t the only celebrity to bestow this name on a daughter. Alexis Olympia Ohanian Jr., born in 2017 to Serena Williams and Alexis Ohanian, goes by her middle name most of the time. In fact, Williams commented on Bolt’s tweet with a row of heart-eye and red heart emojis.

And as for Olympia’s middle name, Lightning — what goes better with the surname Bolt?

Fans were quick to congratulate the couple and comment on her name. “Im putting a bet on that little lady becoming the fastest woman on the planet!!! [sic]” wrote @BennyG10001, while @sherry_shayd said, “you know she will be on the tracks 2035.” This baby will have a lot to live up to as she gets older!

The same day, Bolt wished his partner, model Bennett, a happy birthday and shared some beautiful photos of the new mom and their baby daughter.

“I want nothing but happiness for u & will continue to doing my best keeping a smile on ur face [sic],” he wrote. “We have started a new chapter together with our daughter Olympia Lightning Bolt.”

I want to wish my gf @kasi__b a happy birthday. I get to spend ur special day with u. I want nothing but happiness for u & will continue to doing my best keeping a smile on ur face. We have started a new chapter together with our daughter Olympia Lightning Bolt â¡ï¸ððð« pic.twitter.com/FhlwdaF2Zx

Congratulations to the family of three!