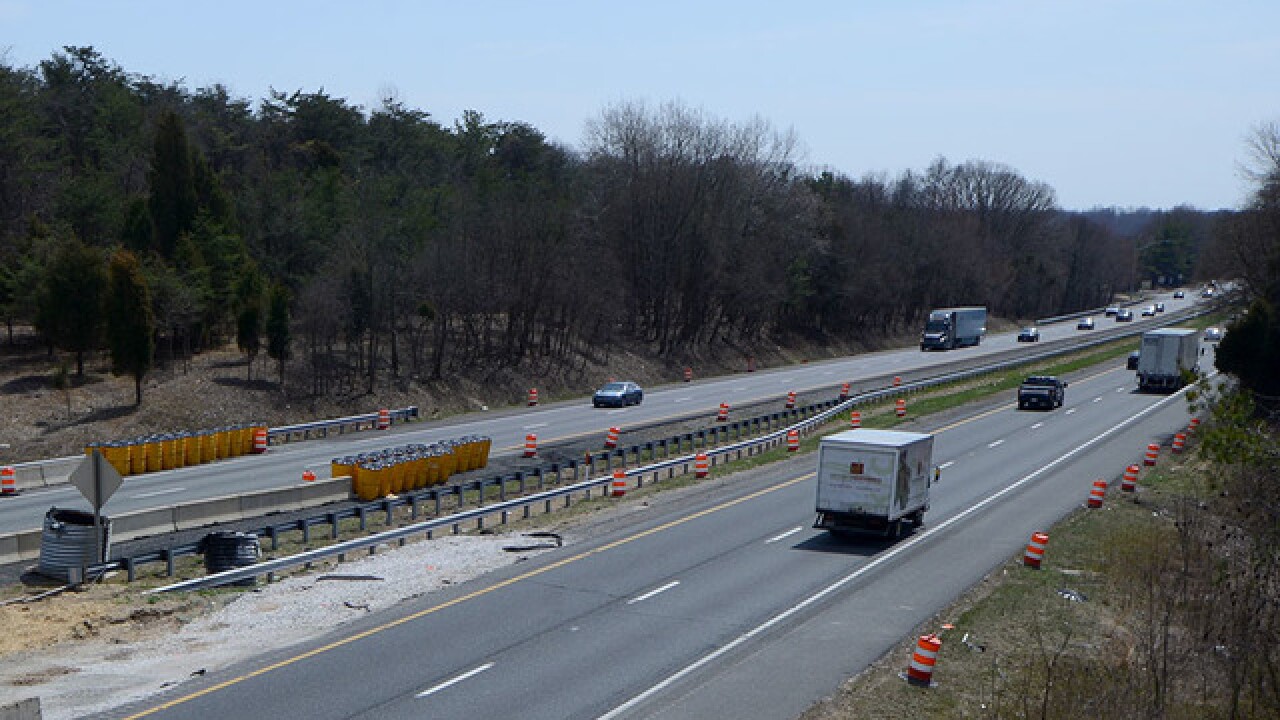 Copyright 2018 Scripps Media, Inc. All rights reserved. This material may not be published, broadcast, rewritten, or redistributed.
<p>A view down to I-83 from the construction zone on the Mount Carmel bridge off of exit 27, Parkton, Md.</p> 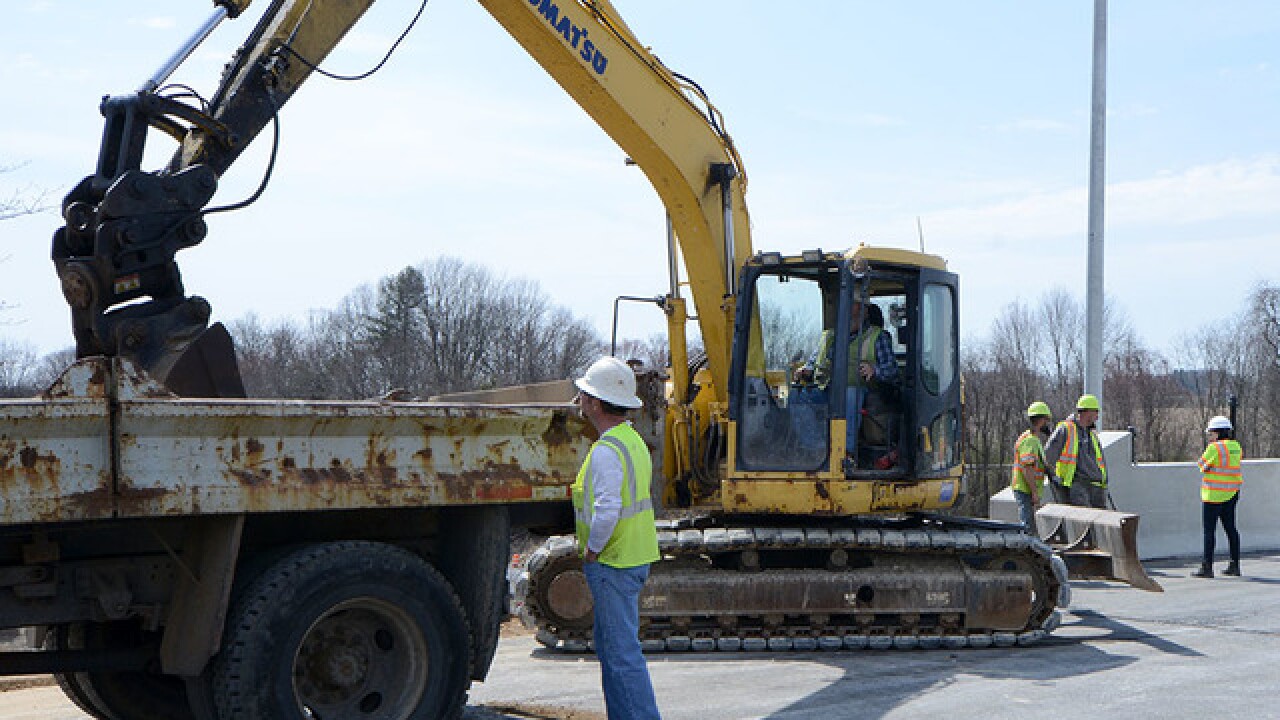 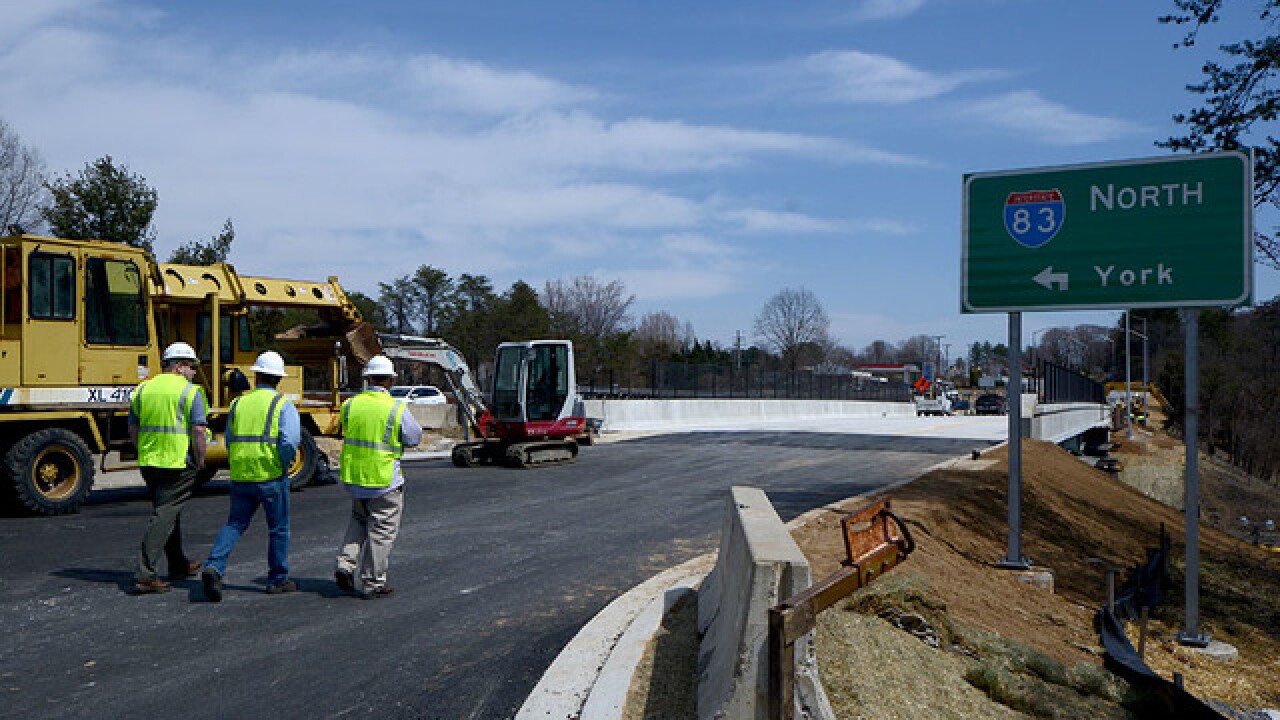 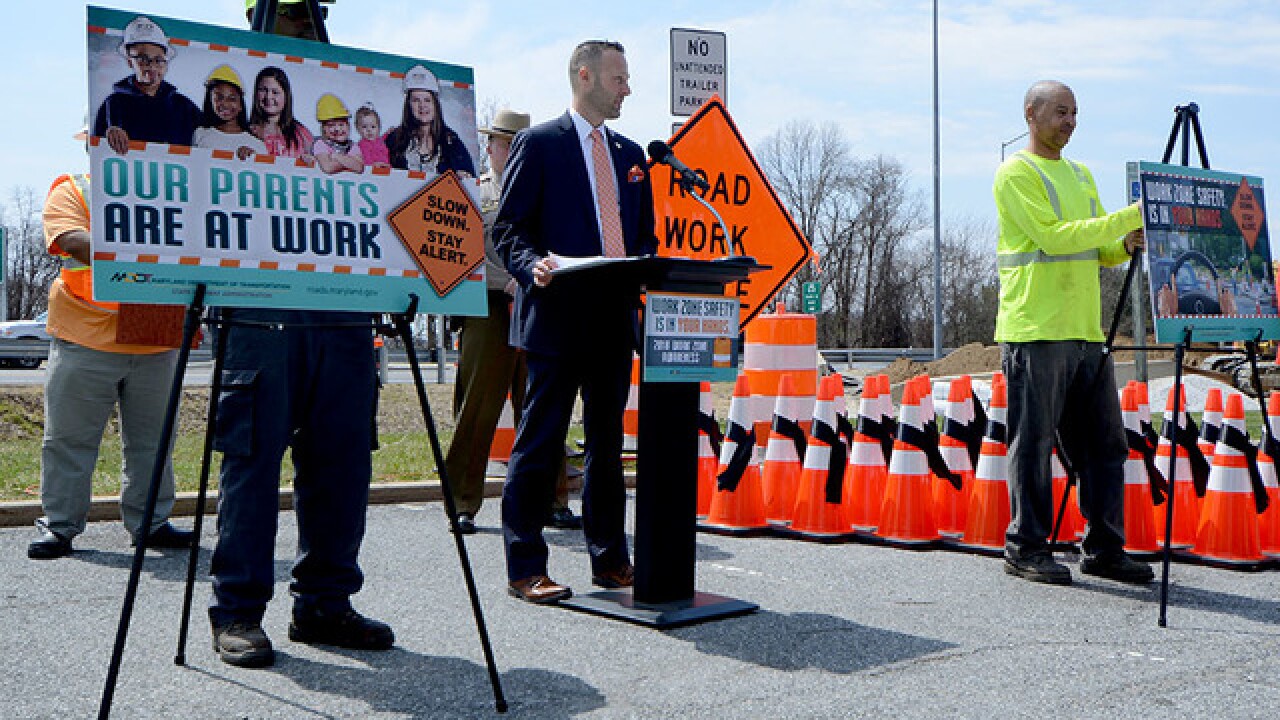 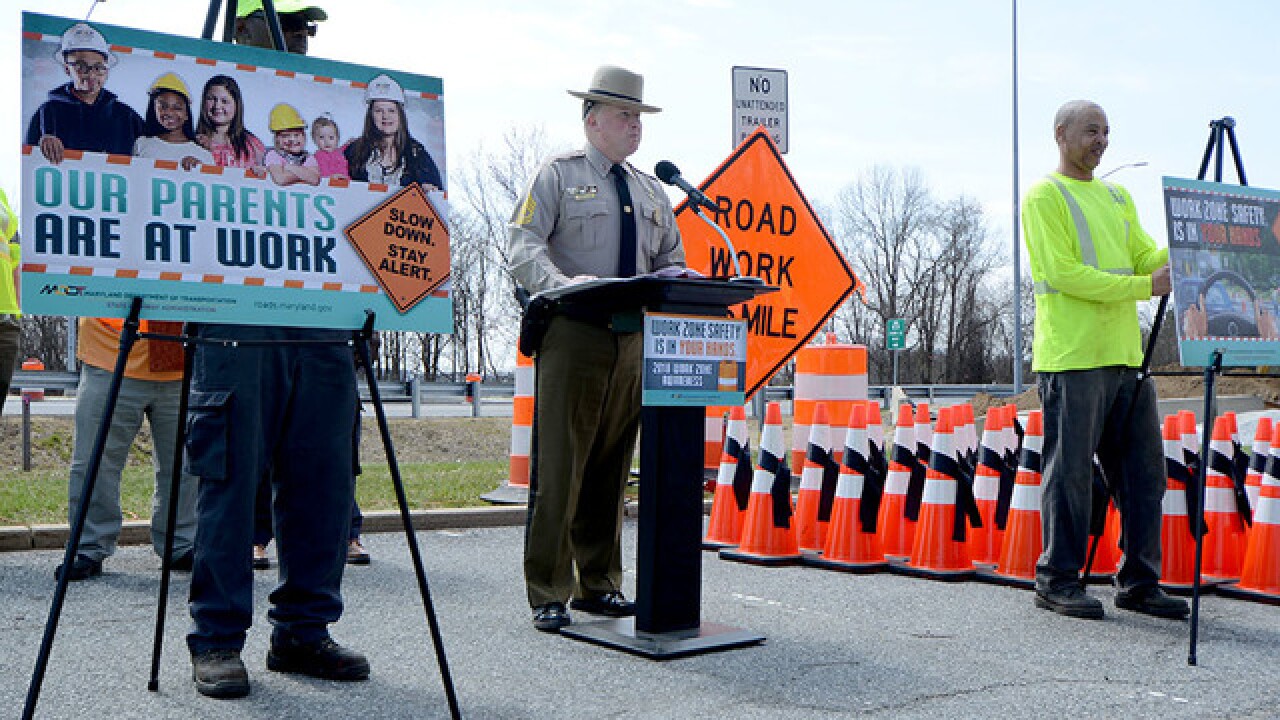 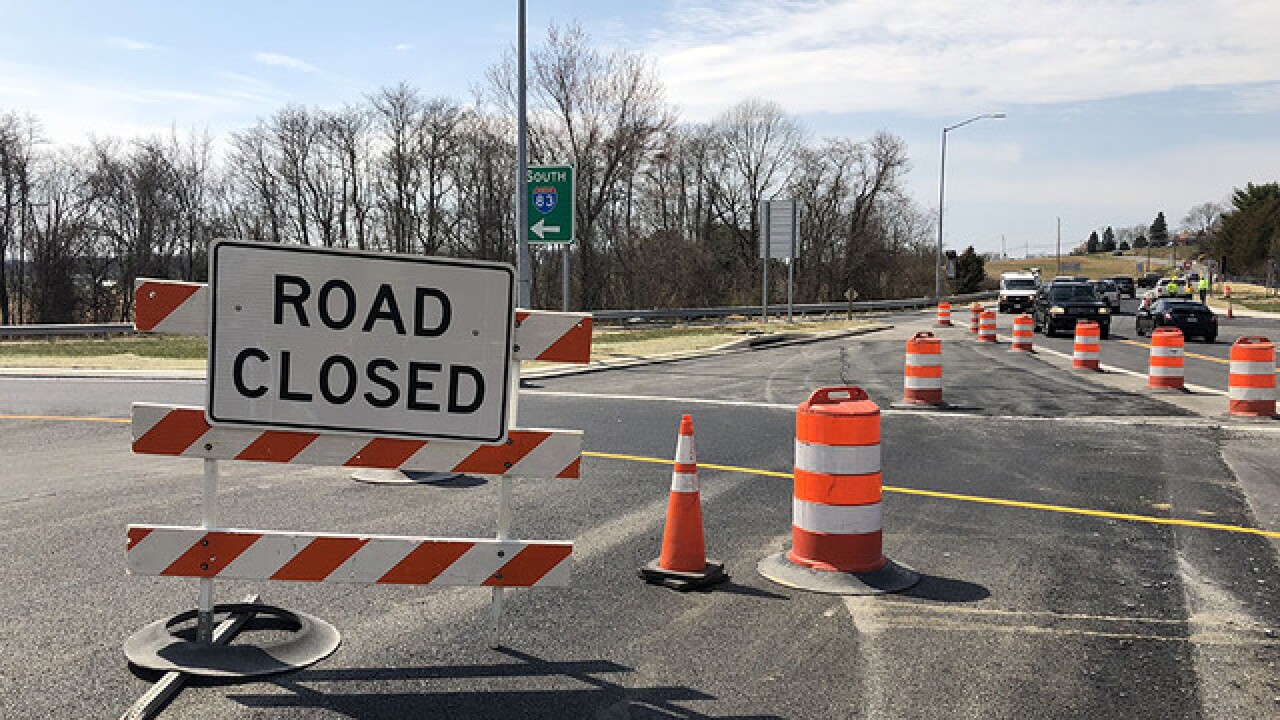 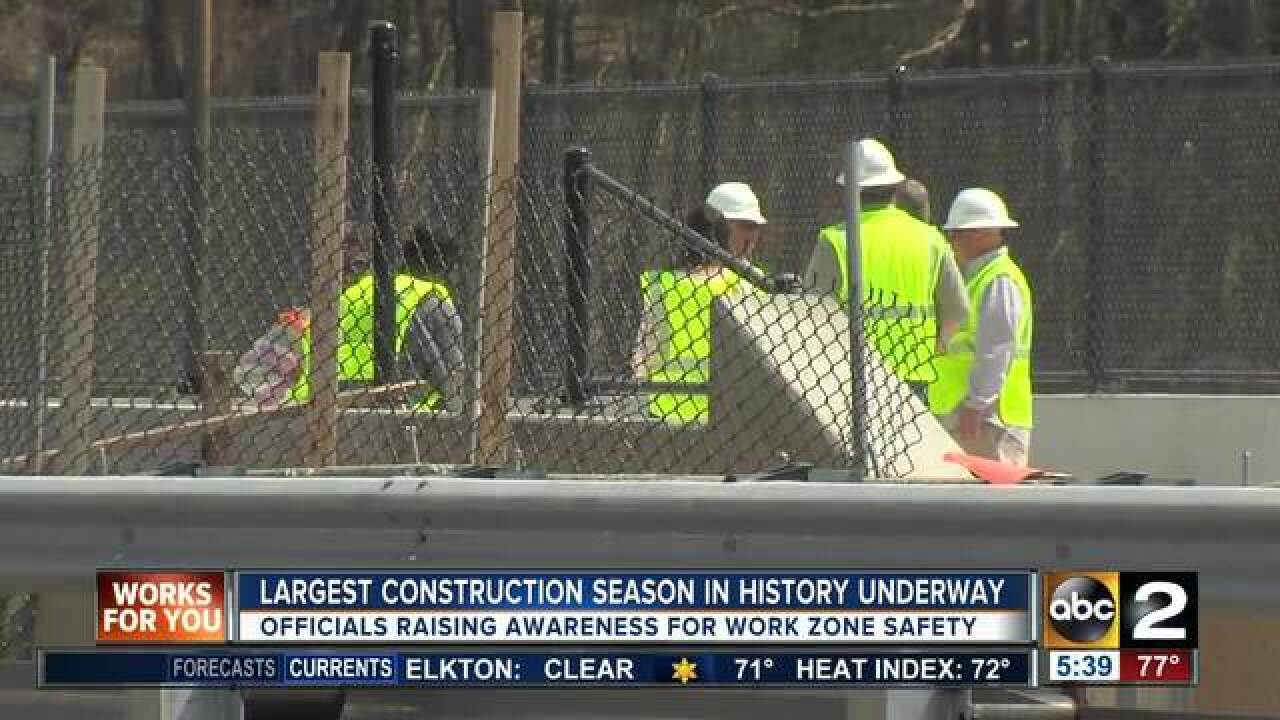 The Maryland Department of Transportation State Highway Administration announced a campaign to promote work zone safety as the state kicks off one of its largest construction seasons in the department’s history, Thursday afternoon at a press event staged at the Mount Carmel Park and Ride off of exit 27 on Interstate 83.

“Work Zone Awareness” kicked off this week at the Mount Carmel bridge construction site as https://t.co/HMRFonNmG3

The SHA is undertaking 506 projects representing $3.7 billion in infrastructure investment, said administrator Greg Slate, on top of the 7500 lane-miles of work done through the past three years.

To alert motorists of current construction projects, the SHA has created two platforms to disseminate information. Drivers can go to roads.maryland.gov and click on the “Road Ready Banner,” or they can download the “Road Ready” app. The information reflects most long term projects and is particularly useful to those traveling outside of their normal routines, such as going on vacation. Mobile road crews are not listed, however.

“Construction sites are offices for these workers,” Slater said, trying to draw a line between those who work on the roads and the busy commuters who use those roads to that get to their jobs. “Our crews are working within inches of 72,000 vehicles a day.”

Last year, 14 lives were lost in work zone crashes, Slater said. On average, 700 people lose their lives annually in work zone-related crashes, according to statistics shared by the SHA. Nearly 50 people died from such accidents in Maryland through the past six years. The new campaign states that four of five people who die in work zone crashes are motorists.

“Work zones are busy places that demand two hands on the steering wheel and both eyes on the road,” said First Sergeant Colin Bristow of the Maryland State Police. His organization has stepped up enforcement in and around work zones, particularly focusing on distracted drivers.

“We set up work zones for operations to be safe, with drivers in mind,” said Henry Alfred, the Safety Manager for MDOT SHA, cautioning, “work zone safety is not just a day or a month. There are work zones all year long.

“It’s challenging enough to work next to drivers going 50, 60 or more,” Alfred said.

Jesse Free, a Maryland State Highway construction worker for 33 years called the experience of laboring on the side of the road as traffic whizzes by “uncomfortable,” and he feels it’s only gotten tenser as texting and smart phones have become more prevalent, with drivers often making sudden jerks and not paying attention as they drive through work zones.

At night, that experience is even worse, said Bruce Cain, a fellow construction worker with 25 years of roadside experience. In the dark, “all you see is head lights.” Cain commented on dangerous behavior that goes from careless to rude at times as well. “I’ve never had a beer bottle thrown at me in the day; I have at night.”

Free gave simple advice to motorists about how best to navigate work zones.

“When you see the first orange sign, one mile or a half a mile out,” Free said, “apply the brakes and pay attention the whole way through the work zone.”