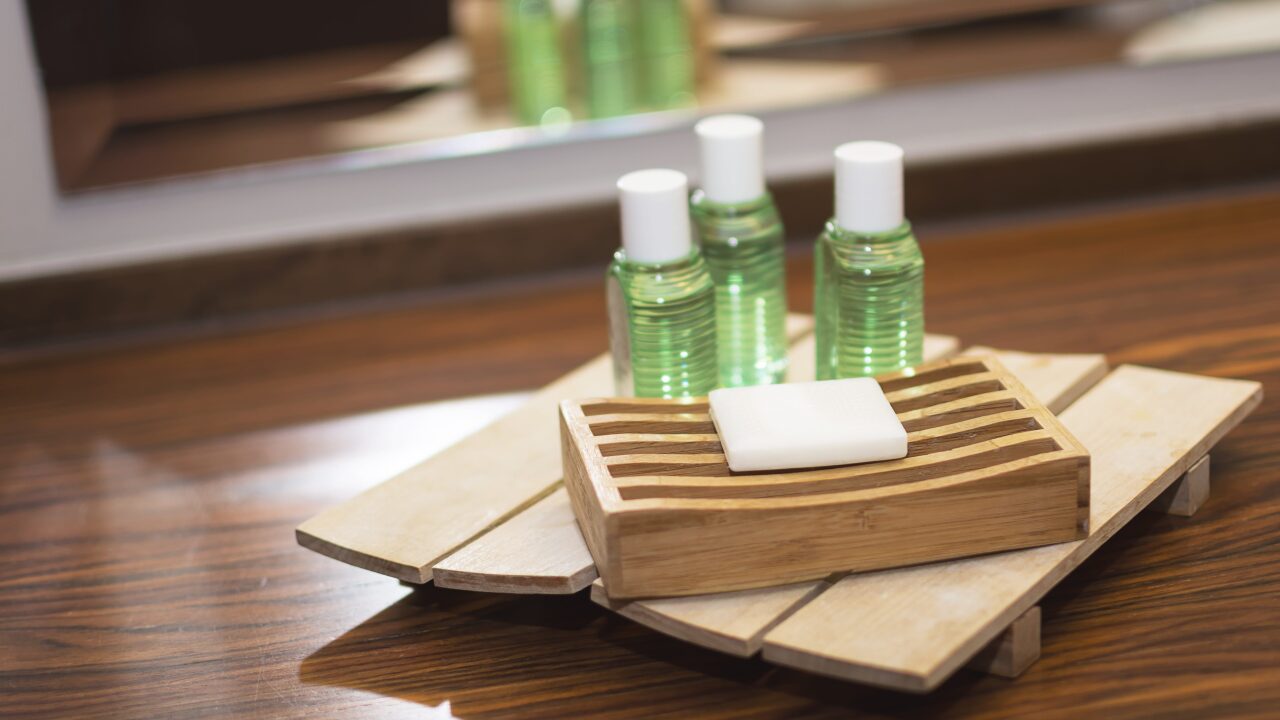 Those little bottles of shampoo, body wash and lotion that hotels typically put out on the bathroom counter for guests are disappearing. And it’s not because guests are taking them.

Marriott is switching to wall-mounted, refillable dispensers at 450 of their hotels, and they plan to expand to 1,500 in January. InterContinental Hotels is replacing the tiny bottles as well.

And a bill is moving through California’s state legislature to axe the tiny bottles in hotels and other hospitality properties throughout the state.

“The goal is really to start to phase out single-use plastics in our state in general,” Ash Kalra, a sponsor of the bill, told the New York Times. “This is really low-hanging fruit because the industry is already moving in that direction.”

Those little bottles are part of a growing global plastic-waste problem that California has been at the vanguard of for some time. In 2014, it became the first state in the country to ban single-use plastic bags at large retailers, but other states, counties and cities have since followed suit. Ohio’s Cuyahoga County, for one, banned single-use plastic bags from grocers and big-box stores at the end of May.

Ever wonder what happens to the toiletries you leave behind in a hotel room? Well, many of them end up in the trash — hence the problem. But one nonprofit, Clean the World, collects soap and bottled toiletries from hotels and turns it into new bars of soap and toiletry kits that the organization hands out to people in need. This Instagram post from Clean the World shows volunteers putting the kits together for refugees in Somalia:

Thank you to all of our wonderful #volunteers who are helping us to ship the first UN-Sponsored Emergency Relief Kit shipment into Somalian refugee camps with the help of our partner, Helping Hands for Relief and Development. #CleantheWorld #EmergencyRelief

Meanwhile, if you’re addicted to those little bottles at hotels, don’t like the sound of wall-mounted pumps and are downright dismayed at the idea of packing even more liquids in your carry-on, I have a few suggestions.

The TSA limits air travelers to one 1-quart, see-through bag of liquids, none of which can exceed 3.4 ounces. A prescription or saline solution alone can take up a lot of that bag, so I’m always looking for a way to eliminate liquids. Many companies make shampoo, conditioner and lotion bars now, and if you find one you love, you’ll both eliminate items in that 1-quart bag and be turned off by the idea of hotel shampoo and conditioner anyway.

For the record: I use a moisturizing Lush trichomania shampoo bar. I’ve tried a few of their lotion bars as well, and while the last one I used melted in the tin after I arrived back home when I left it in a sunny spot on my coffee table, it traveled just fine.

When I go on a long trip, I have a tendency to travel light, which means I’m always washing out shirts and whatnot in the sink. These Travelon laundry soap sheets make it so much easier, and you don’t have to carry Woolite. With your dry hand, just drop a sheet or two of these into the sink. Wait for them to dissolve, swish them about and voila, you have soap!

You’ll want to keep this little packet of sheets dry, though. I keep mine stored in a plastic zip bag. I’m guessing a drop of water in the plastic packet would yield a gloppy, unusable mess.

The products and services mentioned below were selected independent of sales and advertising. However, Don't Waste Your Money may receive a small commission from the purchase of any products or services through an affiliate link to the retailer's website.