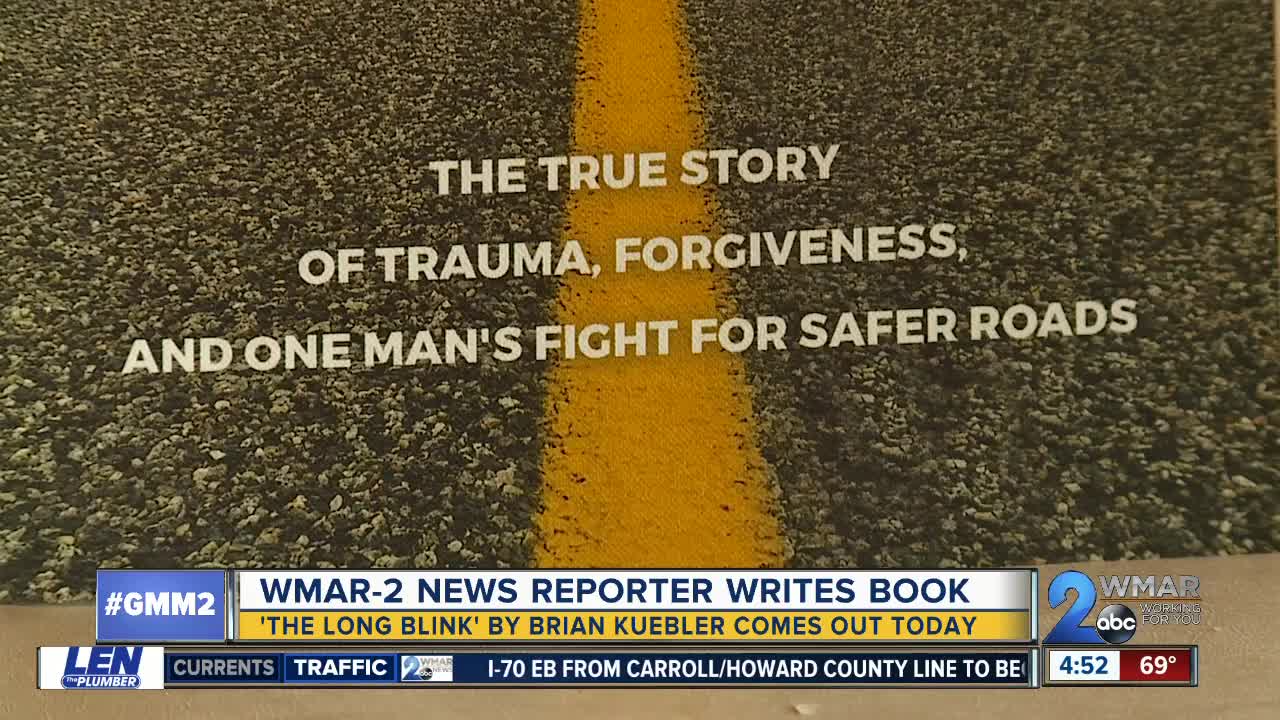 'The Long Blink' By Brian Kuebler Comes Out Tuesday

BALTIMORE — It was a story many of you will remember watching on WMAR-2 News.

Susan Slattery, a popular professor at Stevenson University was killed and her two boys critically injured when a truck driver fell asleep at the wheel. This happened on the Ohio turnpike August 16, 2010. She was coming home to Cockeysville.

If ever a story needed to be made into a book it is this one, the Slattery story.

It is about surviving trauma, finding forgiveness and even a purpose in the wake of a crushing loss. It was written by WMAR-2 News' Brian Kuebler.

The title of the book is The Long Blink, but it is an eye opener.

It has been nine years in the blink of an eye.

“I just want the world to know," said Ed Slattery.

Each sentence spells out a bad decision by a trucker who fell asleep at the wheel barreling into Ed’s wife’s car killing her and punishing his then 12 year old son.

“It hurts everyday cause I look at Matthew knowing he’ll never do what he wanted to do."

The story brings the love of Susan and Ed to life with love letters you’ll read. You will read about community spirit, frustrating talks in Washington and forgiveness.

“If he would come in here and say Ed I’m sorry, I’d give him a big hug and forgive him," Ed said.

Brian Kuebler will sit down with Ed Slattery on Tuesday, September 24 at the Central Library to discuss the story behind the book.

The event begins at 6:30 p.m. and the Ivy Book Shop will be on hand, selling copies of the book.