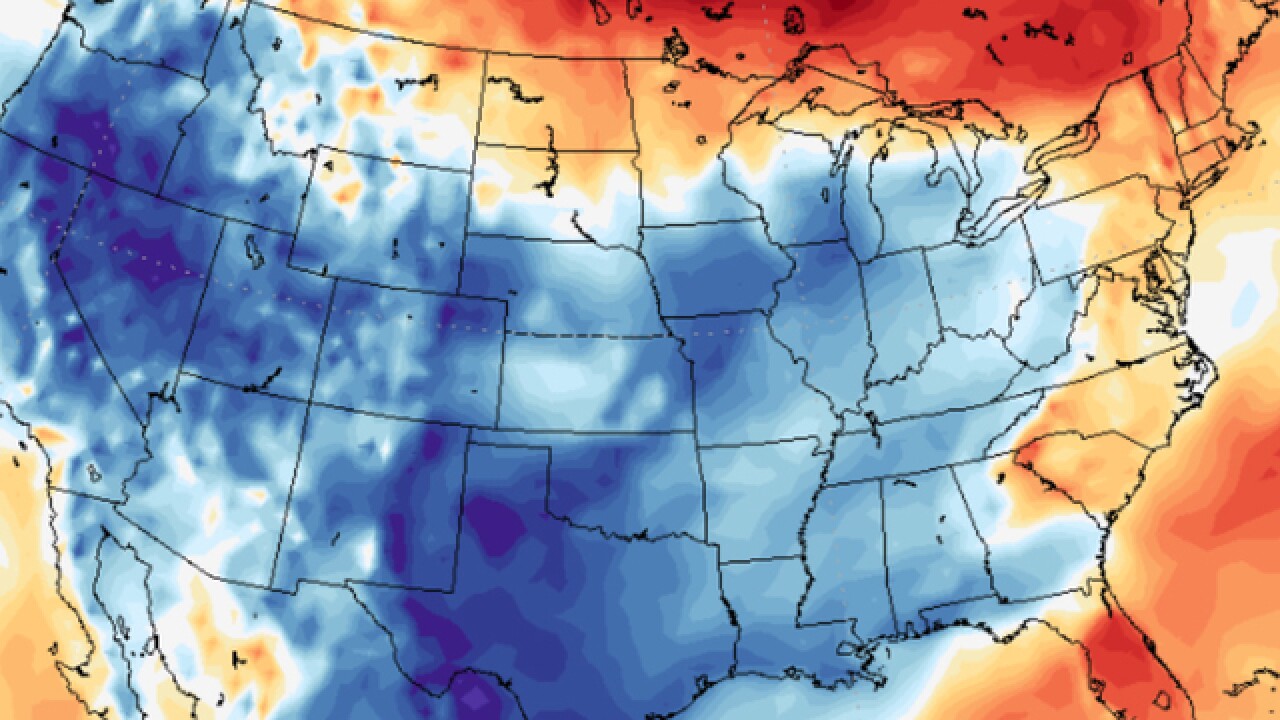 Christmas may have been a warm affair for the entire eastern two-thirds of the country, but New Year's is going to be much different.

Since Dec. 25, cooler air has been slowly working its way across the country, and by New Year's Day, all but the East Coast and a few spots in the Upper Midwest will be experiencing a more seasonable holiday.

It still won't likely be as warm as the record-breaking temperatures many experienced on Christmas Day in those places, but it's likely to be a little warmer than usual when ringing in the New Year.

This trend is likely to extend into the first two weeks of 2016 as well.

Long range forecast models show the East Coast and even parts of the Midwest with warmer than average temperatures for the next two weeks.

For the beginning of 2016, however, the tug of war between a colder West and a warmer East will prevail.