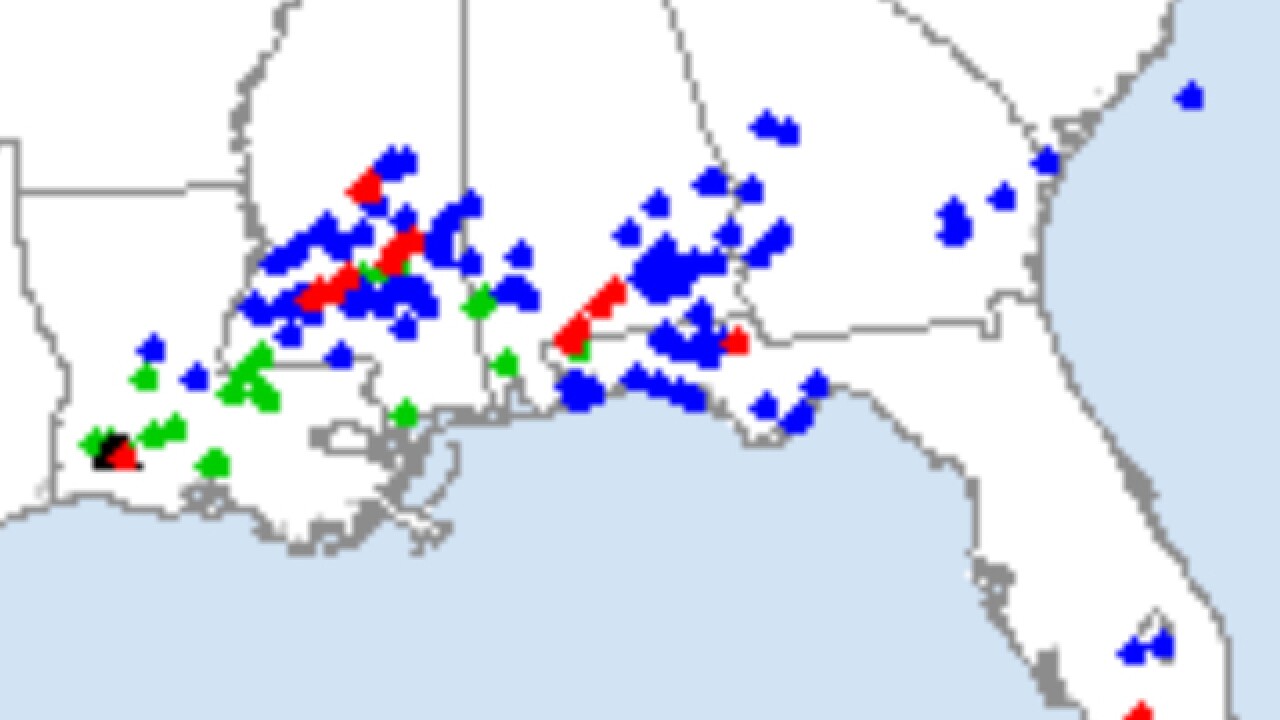 <p>More than a dozen tornadoes formed across Louisiana, Mississippi, Alabama and Florida.</p>

More than a dozen tornadoes were spotted across the South during yesterday's severe weather outbreak.

Most of the tornadoes were small, only causing damage to property and knocking over trees.  Thanks to early warnings from the National Weather Service and smartphone apps like the Storm Shield App , only one injury was reported in Alabama after one of the tornadoes destroyed a mobile home.

All of this tornado activity nearly doubled the tornado count for the month of February. The only other outbreak in February was on Groundhog Day — again across the South.

It's still a little early for tornado activity, but on average, the United States usually begins to see a few tornadoes developing across the South.

This February has already seen more tornado activity than all of February and March did last year.

And as winter continues to wind down and spring gets closer, the days when tornadoes are possible will become more and more frequent, and they'll also begin to move farther to the north and the west, hitting states in the Plains and the Midwest.