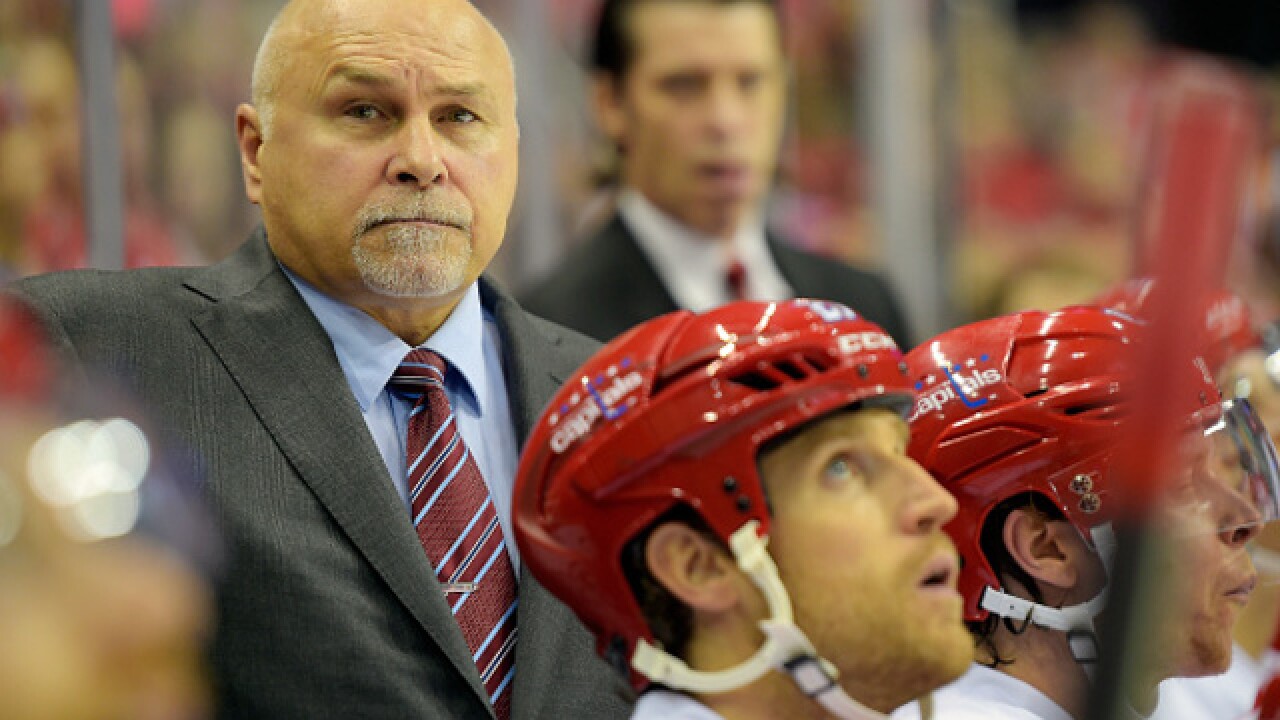 Copyright 2018 Scripps Media, Inc. All rights reserved. This material may not be published, broadcast, rewritten, or redistributed.
The Washington Post
<p>WASHINGTON DC, DECEMBER 30: Washington head coach Barry Trotz during the Washington Capitals defeat of the Buffalo Sabres 5 - 2 at the Verizon Center in Washington DC, December 30, 2015. (Photo by John McDonnell / The Washington Post via Getty Images)</p>

The Washington Capitals announced on Monday that their head coach, Barry Trotz, is resigning.

The team sent the following statement:

Barry Trotz informed the organization today of his decision to resign as head coach of the Washington Capitals. We are obviously disappointed by Barry’s decision, but would like to thank Barry for all his efforts the past four years and for helping bring the Stanley Cup to Washington. Barry is a man of high character and integrity and we are grateful for his leadership and for all that he has done for our franchise.

The team is fresh off their Stanley Cup win against the Las Vegas Golden Nights.

The former coach released the following statement regarding his resignation:

After careful consideration and consultation with my family, I am officially announcing my resignation as Head Coach of the Washington Capitals.  When I came to Washington four years ago we had one goal in mind and that was to bring the Stanley Cup to the nation’s capital.  We had an incredible run this season culminating with our players and staff achieving our goal and sharing the excitement with our fans.  I would like to thank Mr. Leonsis, Dick Patrick and Brian MacLellan for giving me the opportunity to be a part of this great organization.  I would also like to thank our players and staff who worked tirelessly every day to achieve our success.