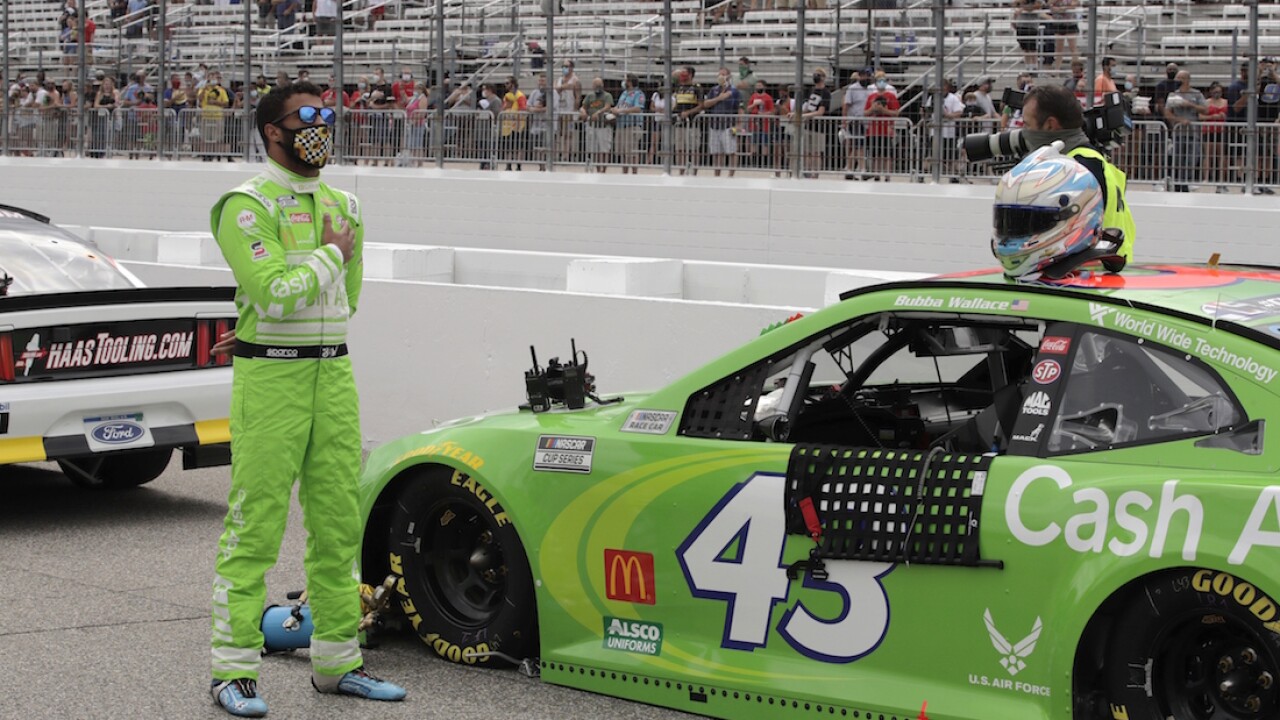 CHARLOTTE, N.C. (AP) — Bubba Wallace is leaving Richard Petty Motorsports at the end of the season.

He will finish the final nine races in Petty's famed No. 43 car.

Wallace posted a statement about his decision on Twitter.

Wallace says, "this was not an easy decision as I have nothing but the utmost respect for Richard Petty and his family."

He adds that "it's time for someone else to take over the reins of the No. 43."

"Thank you to the King and everyone at Richard Petty Motorsports for giving me the opportunity to start my Cup Series career," Wallace continued. "I’ve grown so much as a driver and as a person since joining them. We’ve got nine more races together, and I hope we can finish the 2020 season on a high note.”

It's unknown if the publicity from a noose being found in his garage had any part in his decision to leave RP Motorsports.

RPM confirmed the news of Wallace leaving their team via NASCAR.

BREAKING NEWS: @RPMotorsports confirms @BubbaWallace will not return to the No. 43 car in 2021. pic.twitter.com/by6SvOzPXg

RPM says it will announce a new driver soon.