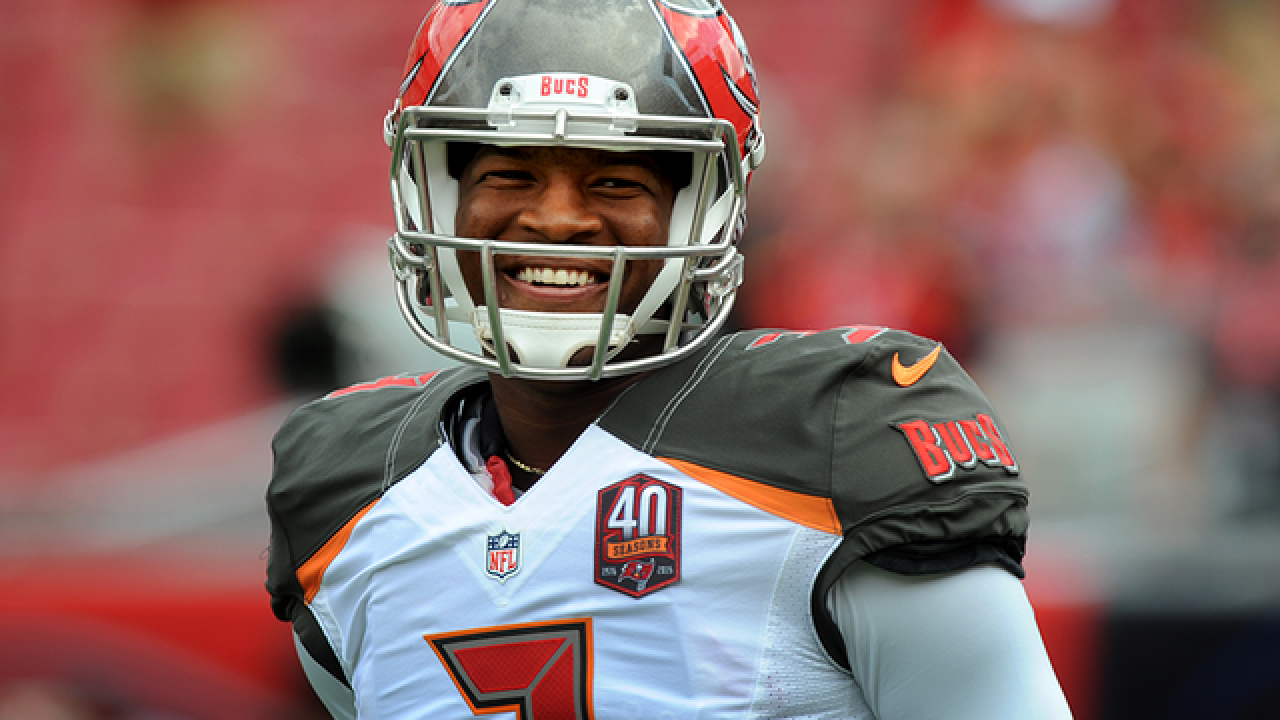 The NFL is reportedly investigating allegations that Tampa Bay Buccaneers quarterback, Jameis Winston, groped a female Uber driver in 2016, according to BuzzFeed News. Winston however, says the allegations are false.

In an article posted on Friday, BuzzFeed says a letter was sent from the NFL's special counsel for investigations to the Uber driver on Thursday.

The incident reportedly happened in Scottsdale, Arizona at approximately 2 a.m. on Sunday, March 13, 2016. The female Uber driver, identified as Kate, told BuzzFeed News that when she arrived to the location to pick up her passenger, a group of men told her that she would be driving around someone famous. Jameis Winston sat down in the front passenger seat and the Uber driver says right after she started driving, Winston began behaving poorly.

The incident happened at a drive-thru Mexican restaurant after Winston reportedly asked to stop for food. The driver says Winston reached over and "grabbed my crotch." Kate tells BuzzFeed News she was shocked and asked "what's up with that?"

"The behavior the driver reported is disturbing and wrong. The rider was permanently removed from the app shortly after we learned of the incident," a spokesperson for Uber said.

According to Uber's community guidelines, there is to be "no sexual conduct with riders, no matter what."

On Friday at 1:35 p.m. Jameis Winston posted a statement on his twitter regarding the incident. He wrote:

"A news organization has published a story about me regarding an alleged incident involving a female Uber driver from approximately two years ago. The story falsely accuses me of making inappropriate contact with this driver. I believe the driver was confused as to the number of passengers in the car and who was sitting next to her. The accusation is false, and given the nature of the allegation and increased awareness and consideration of these types of matters, I am addressing this false report immediately. At the time of the alleged incident, I denied the allegations to Uber, yet they still decided to suspend my account.

I am supportive of the national movement to raise awareness and develop better responses to the concerns of parties who find themselves in these types of situations, but this accusation is false. While I am certain that I did not make any inappropriate contact, I don't want to engage in a battle with the driver and I regret if my demeanor or presence made her uncomfortable in any way."

The Tampa Bay Buccaneers released a statement on Friday afternoon.

“We are in the process of obtaining further information regarding today’s media report.  We take these matters seriously and are fully supportive of the investigation that is being conducted by the NFL.”

The NFL released the following statement when ABC Action News reached out for a comment on the incident.

"The allegation was shared with the NFL and we have reached out to Uber to request any information they may have."