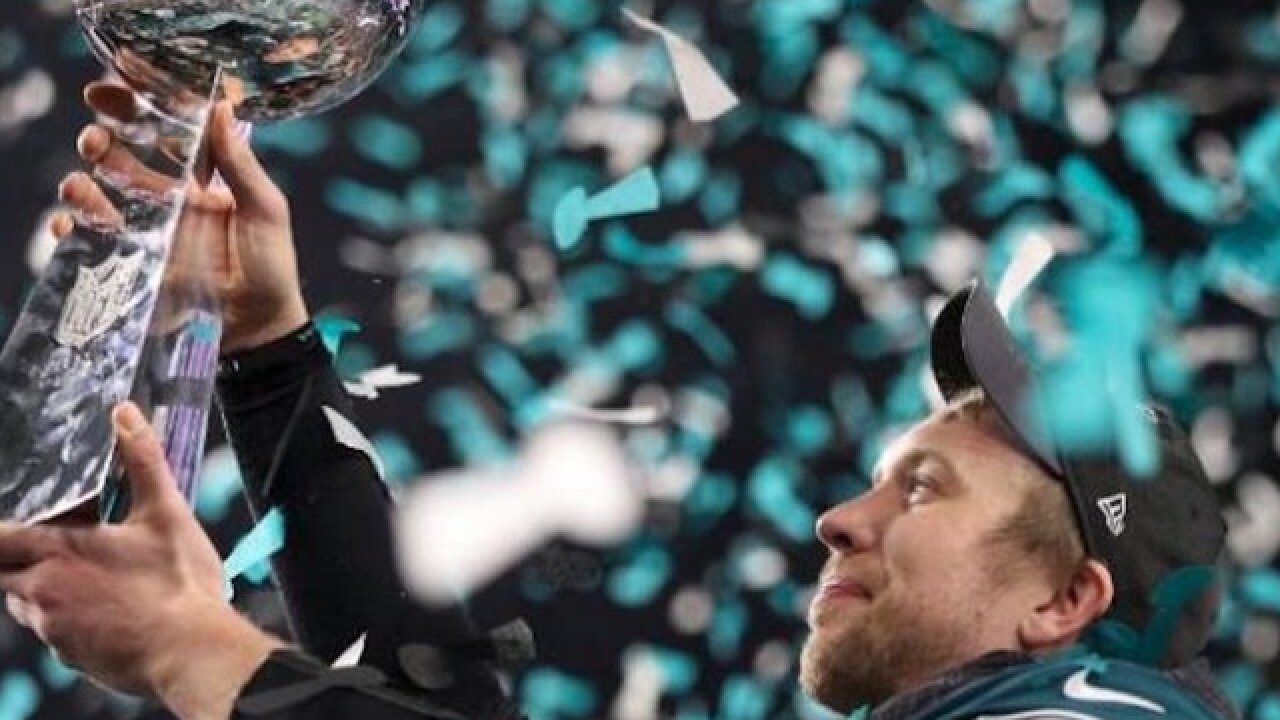 The Philadelphia Orchestra has acquired a Super Bowl champion.

Eagles center Jason Kelce will play baritone saxophone with the orchestra Tuesday to benefit the team's autism challenge. The music will accompany the team's highlights from NFL Films.

In the offseason, Kelce played with the Avalon String Band during a Mummers parade to celebrate Mardi Gras. Mummers are costumed bands most known for their lavish New Year's Day performances in Philadelphia.

The group provided Kelce with the Mummers outfit he wore in the championship parade honoring the Eagles for the team's Super Bowl victory over the New England Patriots.