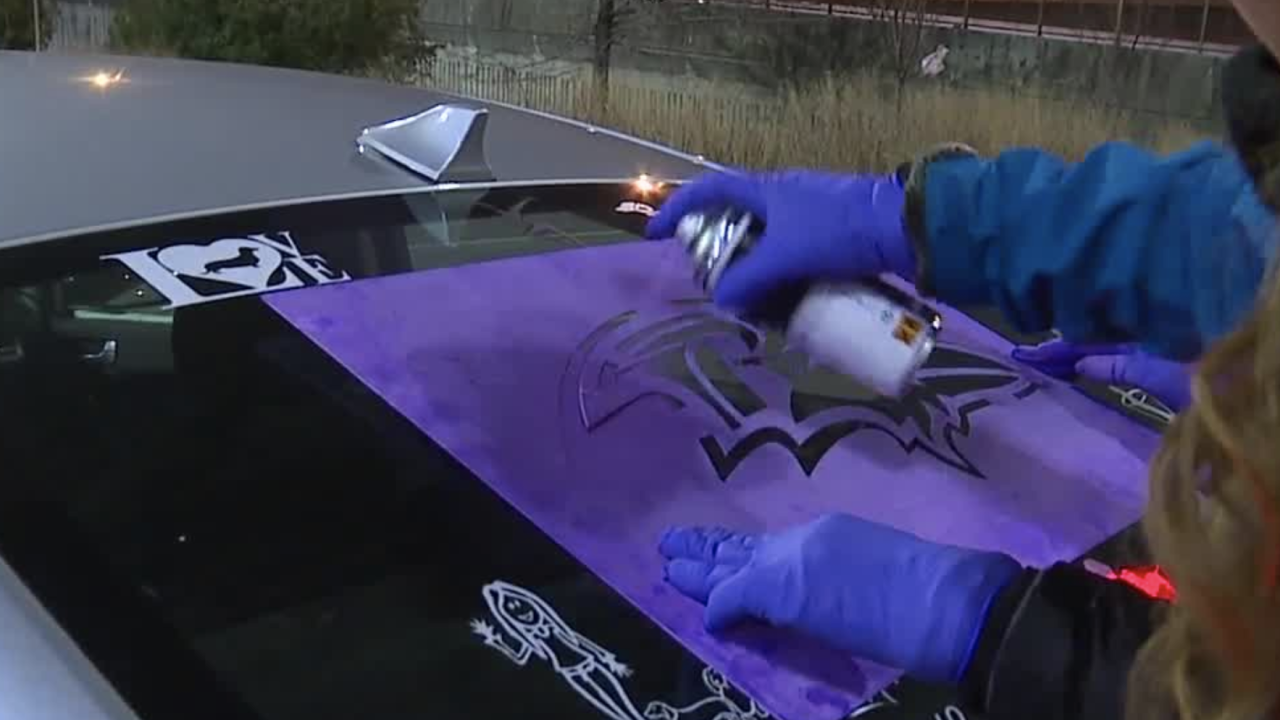 BALTIMORE — The Ravens are in the playoffs, about to play their first game tomorrow against the Tennessee Titans.

Fans have been getting ready all week long and the pre-playoff party continued this morning at M&T Bank Stadium with the Ravens Fuel Up. Fans waited in line as early as 5 a.m. to get their cars stenciled.

Ravens fans flocked from far and wide, one fan driving three hours from New Jersey to get his SUV decked out in stencils.

We're Ravens fans this is what it's all about, we're all Ravens fans," he said. "My family has been Ravens fans since 1996 since they came into town and I grew down here so it's beautiful."

Even the WMAR-2 News Wrangler got in on the fun!

Every Ravens fan agreed, what Lamar and company are doing for the city is needed now more than ever.

"I think our city has been through so much and I love our city and I just think it's great to have the Ravens bring the whole city together it's so much fun, so exciting," one woman said.

The fun keeps going tonight with two Miller Lite Ravens parties happening at Jimmy's Seafood and Looney's Pub in Nottingham, both of them starting at 7 p.m.