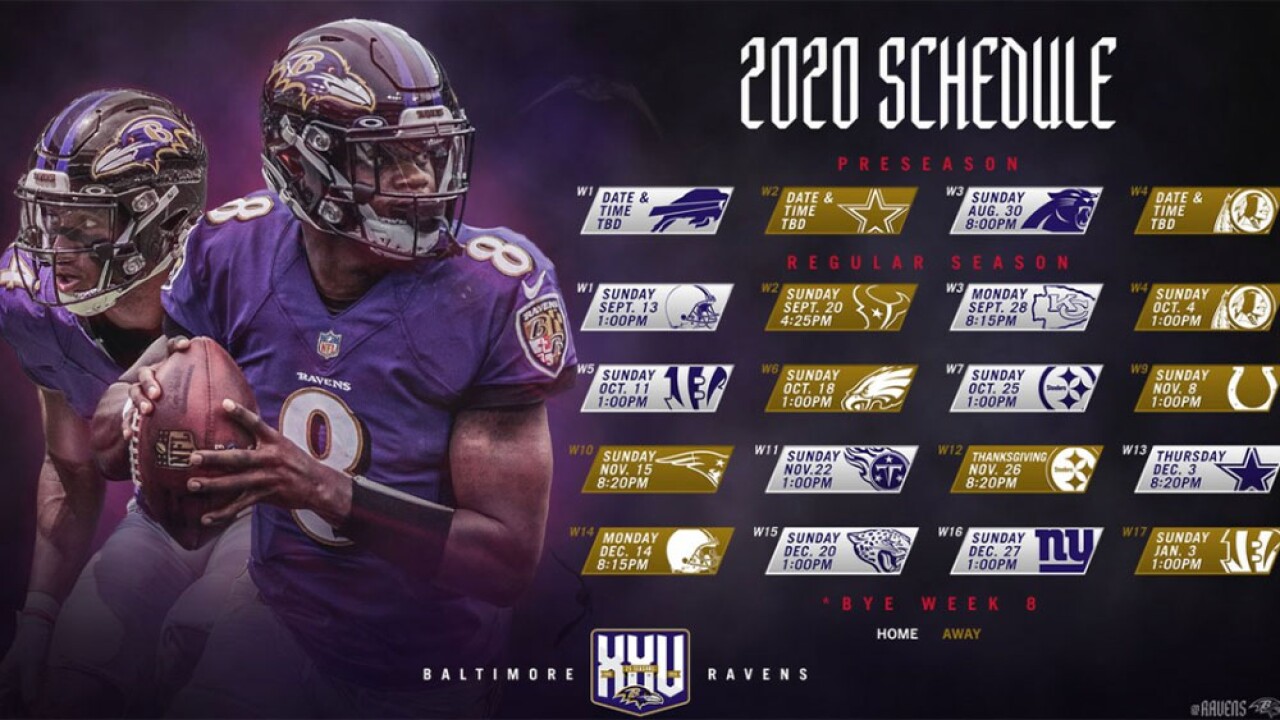 BALTIMORE — The Baltimore Ravens have released their upcoming 2020 season schedule.

Baltimore will play one primetime preseason game on August 30, against the Carolina Panthers, and five others during the regular season.

The Ravens will open the season on September 13 for a 1 p.m. home contest against division rival Cleveland Browns.

Two of the regular season primetime games will be at home and three on the road.

Baltimore hosts the reigning Super Bowl champion Kansas City Chiefs in Week 3 on Monday Night Football and then welcomes the Dallas Cowboys to Charm City for a Thursday night showdown in Week 13.

The primetime road games include a Week 10 -- Sunday night battle at New England and a Thanksgiving night contest at Pittsburgh in Week 12. Two weeks later in Week 14, the Ravens will head to Cleveland to play the Browns on Monday Night Football.

This means Baltimore will play in three-straight primetime games from weeks 12 through 14 and four primetime games from Weeks 10 through14. Three of the teams the Ravens face in that stretch made the playoffs last season. Two of them, against the Patriots and Titans, will be rematches from last year. Baltimore defeated New England in the regular season and was eliminated by Tennessee in the playoffs.

It's just the second time in franchise history that Baltimore has played in this many primetime regular season games. The first and last time was in 2011.