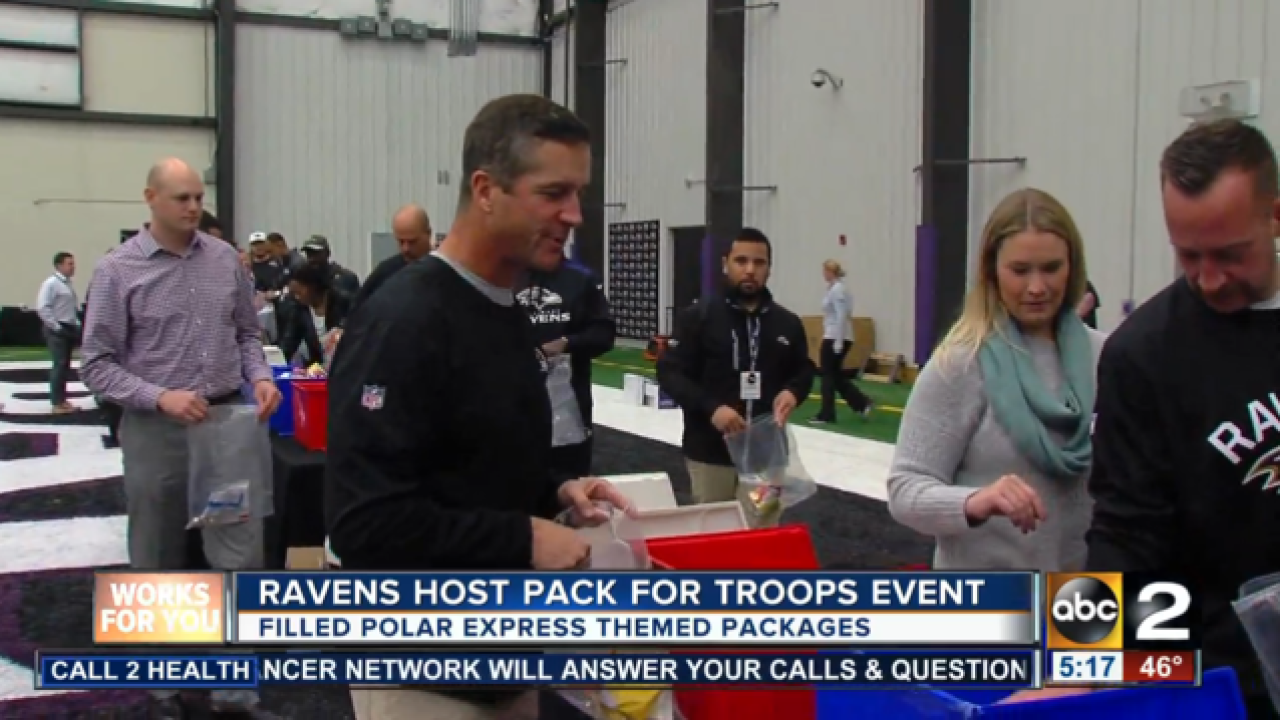 The Baltimore Ravens teamed up with the USO to host a Pack for Troops event at the team's practice facility Monday.

The packages were Polar Express themed and were filled with snacks, a train whistle, a golden ticket, candy canes, and hot chocolate.

"They're going go to different bases throughout the world where there are military members, and they will be focused on the children so that they know we're thinking about them over the holiday season," said Ravens community relations manager Kelly Quinlan.

The packages will be distributed overseas throughout December leading up to the holidays.